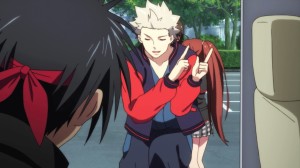 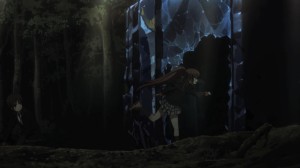 The last two episodes of Little Busters! which constitute the grand finale, seem to be in a different world from the rest of the series both in actuality and stylistically. The final moments of this series in particular carry a rather positive feeling to them. At the same time, however, there’s that dark undercurrent to everything that’s been at the heart of the Refrain experience.

Its hard to not touch on the ending itself from the get go, so I’ll do just that. Despite the happy moments at the end of the series, its really up to interpretation as to what actually happens at the end of this story.

Even more so, I suppose its up to what you choose to believe. In a way, J.C Staff has, for this production tried to have its cake and then eat it as well. The core question as we went past what is arguably the emotional climax of the series in episode 10, to the final two episodes, was whether Little Busters! Refrain would go for a happy ending or a tragically poetic one. 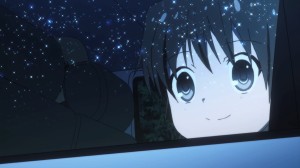 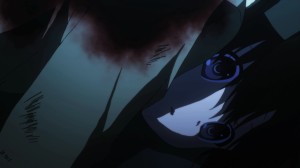 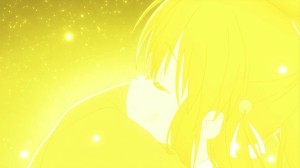 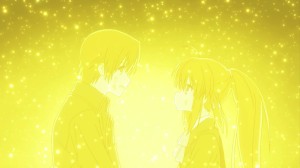 As the events of episode 12 do play out, it could be either. Riki and Rin end up banding together, getting over their individual weaknesses and end up pulling out everyone from the bus. Well, everyone except Kyosuke, who ends up protecting everyone by using his body as a sort of cork to keep the oil in the bus from leaking out and causing a huge explosion. 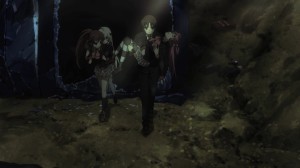 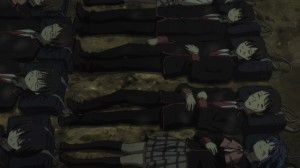 Once everyone is rescued, miraculously still barely alive, the duo heads back to grab Kyosuke. As the bus catches fire and the two support Kyosuke’s unconcious body, they leave determined to survive. 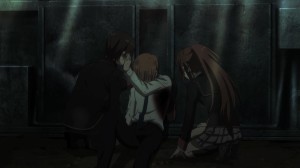 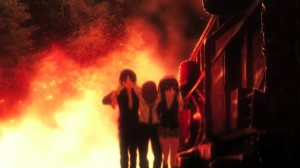 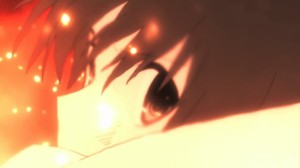 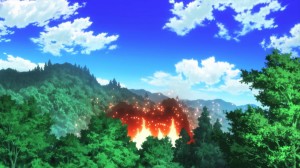 Just then, Riki looks back and… ka boom! The bus explodes and the flash is the last thing we see before Riki wakes up again.

What follows is a series of heartwarming moments, with all the Little Busters! back together, getting out of the hospital one by one. Its great to see these characters finally happy again, after the gauntlet of pain and suffering they’ve each encountered, especially during the events of Refrain. 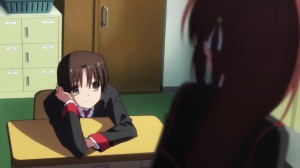 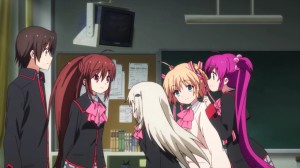 The big tense event then, is whether Kyosuke actually makes it out since he suffered the most grave injuries during the accident. The episode ends with Kyosuke’s great return, and him proposing that all the Little Busters! go on a personal field trip to make up for the one they lost. 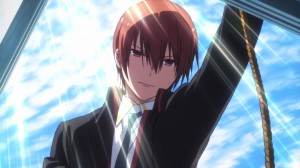 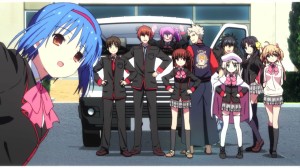 Its actually quite cute as the last few moments we get are clearly happy fanservice for the audience that has invested so much in these characters. The moment that stands out to me personally is when we see Kyosuke and Riki both together smiling and laughing in a photo: 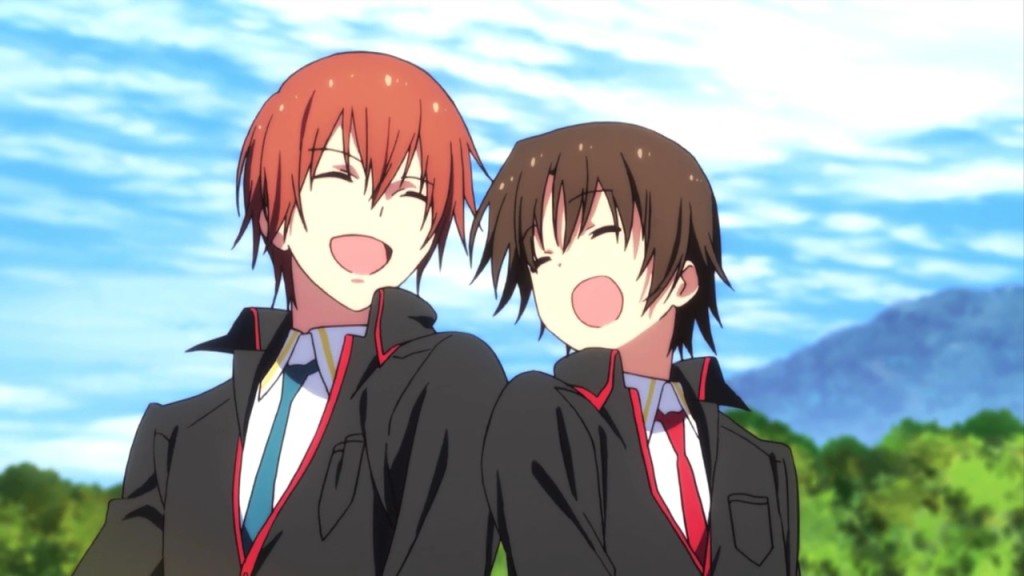 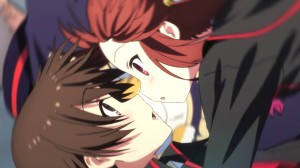 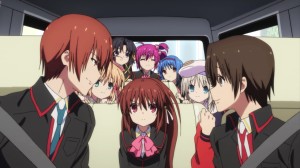 The other Little Busters also get their own moments. Riki and Rin get a cute little couple moment, one that makes more sense than what we got before the real Refrain stuff kicked in. 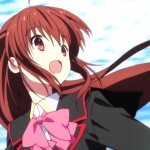 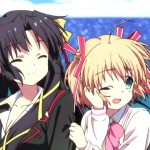 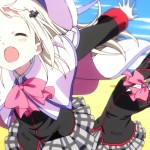 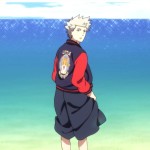 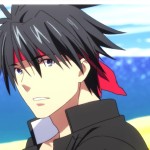 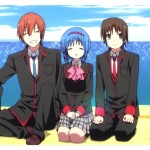 I think its really the little touches are what make this feel so real, like how Nishizono ends up taking everyone’s pictures, and that Kyosuke steps in to have her appear in some as well.

The closing line is Riki’s, as he hopes that the story of the Little Busters continues into the far future. That its just the beginning.

Of course, here’s where I think J.C Staff tried to appease both sides of their audience. One interpretation is that everything went great and everyone survived, and lived happily ever after. That is for those of us who wanted to see the cast of Little Busters! get the ending they deserved. 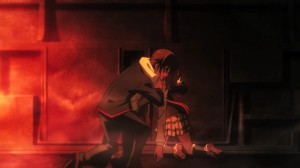 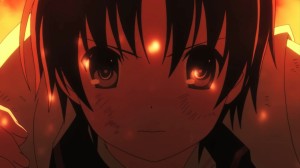 Yet, I personally can’t help but think back to that explosion. Its never mentioned after it happens, nor are we clued in to how Kyosuke, Rin and Riki made it out of that experience alive. In the end we just cut back to the happy moments, and its possible that said moments are in another fake world. A fake world where slowly all the Little Busters! end up coming after death.

That’s the interpretation that goes with the sad poetic ending that I’m sure some people wanted. There’s obvious contradictions to that, as Kyosuke is the last to actually arrive, even though he is the one closest to death.

I understand that J.C Staff wanted to do their best to make an ending that fit with all moods, but honestly this kind of happy ending that might not actually exist kinda dilutes both of the types of endings that this series could’ve gone for.

I honestly kind of wish that the series, or rather J.C Staff had just picked one interpretation and gone to town with it, rather than go for the middle ground. It does end up weakening the impact of the ending just a touch. 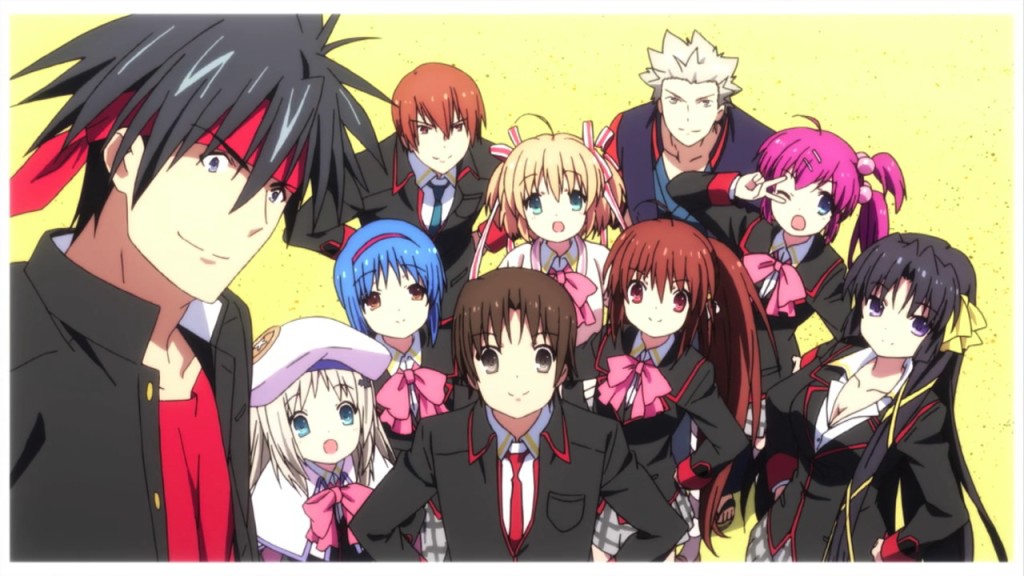 At the end of it all though, its hard to argue that the ending had a tough act to follow after episode 11, and I think the series ended on a nice note, not really betraying anything it had built up or said in the end. The fact that you can believe what you want is a nice touch, and I think while Little Busters! doesn’t execute it perfectly, the middle ground it creates is more successful than a lot of shows I’ve seen.

I look forward to viewing the EX Series when it comes out, and potentially reading the VN when I get a chance. For now though, I’d say Little Busters! has been a grand ride, and I’d say that its just as strong of a Key series as the rest.