Fans of shounen romance manga will have probably heard of Kōji Seo, the creator of manga Suzuka. Suzuka was a manga that got immensely popular both for its romance drama and for the track and field sports emphasis. Naturally, when Koji-sensei’s second work, Kimi no Iru Machi (A Town where you live) was created many fans of the earlier series jumped on the bandwagon. Kimi no Iru Machi is unique in that it completely removes the shounen aspects of sports, and focuses on a romance drama that carries out across a small town in Hiroshima and Tokyo. Fans of the manga have had mixed reactions, but generally, while the manga is known as the one series that fans love to hate, its unquestionable that they keep coming back. 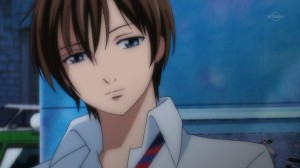 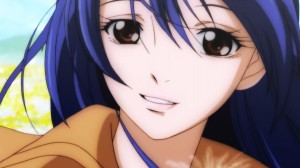 Studio Gonzo is another entity that’s had a legendary history of creating some great titles, but is nowadays more or less a shell of its former self. Fans thus, have mixed views on the quality of the once legendary animation company.  It was a surprising announcement indeed when it was announced that Gonzo would be doing the adaption for the series.

Its because of this already rather divisive nature of this adaption that one wonders just what further odd decisions led to the abomination that was released in Summer 2013. While the manga may be divisive for its fan, its easy for nearly everyone to agree that Kimi no Iru Machi is a horrible adaption, one that will probably go down in history as being one of the most perplexing things to come out of the Anime Industry in sometime. 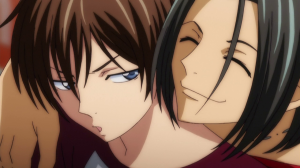 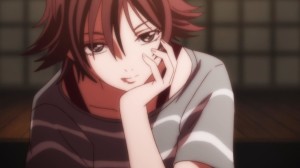 At the heart of Kimi no Iru Machi’s problem is that it is not only only a 1-cour show (12 episodes) but that it skips a huge part of the manga (the introductory arc) and jumps right into the second arc (one most hated by fans of the manga). Its hard to fathom why the series decides to jump into what is clearly the most controversial part of the story, without giving much context, background or character development to really make any of it worth it.

The Tokyo arc, as its been termed, is the one filled with the most drama (too much some might argue), and that perhaps is why Gonzo decided to adapt it. It was probably assumed that the lackluster OVA series (2 episodes) had already covered what is probably the setup bits of the story. 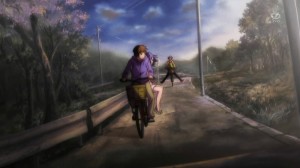 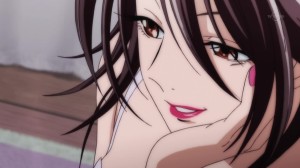 To provide some context, Kimi no Iru Machi is about a Hiroshima country boy named Haruto, who falls in love with a girl named Eba from Tokyo. The first arc of the series actually starts off with Eba arriving to the country side, having only met Haruto once prior as a child. This is when both Haruto and Eba are still in middle school. Its worth mentioning that stuff happens, and love triangles form, and lots of important stuff happens that, in an effort to not spoil, is left out. The series then, picks up a year or so after, with Haruto moving to Tokyo, seemingly heart broken, depressed and seemingly in Tokyo to find some answers about his now ex-girlfriend, Eba.

If the first episode isn’t enough of a mess, it doesn’t get much better from there. The series tries its best to catch viewers up, by throwing in plenty of flashbacks to key scenes of the past that influence events of the present. Again, this is what’s so frustratingly perplexing about this adaption. If the series was so dependent on the first arc, then it stands to reason that it would’ve been worth it to start from well… the start. 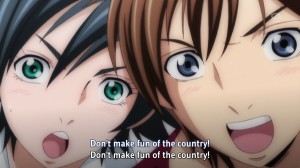 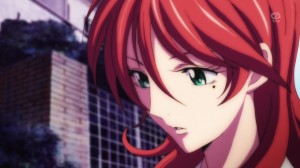 Of course the series doesn’t do that, but presses on, trying to maintain the delicate balancing act of both keeps viewers informed of what happened before, while getting to the really important bits later. The balancing act doesn’t quite happen though. The series ends up blasting through the Tokyo arc at a lightning fast pace, failing to incite any kind of emotional reaction from the viewer because it all just happens… too fast!

Character go from being likable, to downright stupid, all in the span of one episode, and then proceed to have some kind of sad reason for their behavior. It just all ends up feeling very numb, as these characters are simply not given the time to live, breath and develop before the plot throws the next major event their way.

The only emotion that the series does manage to project, is that of frustration and pain, more or less Haruto’s. Haruto is thrown into a ringer of bad situations, one after the other, and its to the series credit that it at least gets that part down. Haruto ends up being pretty sympathetic for the most part, although in a sad twist of fate, ends up being nothing like the character from the source material. 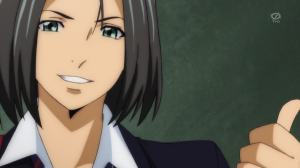 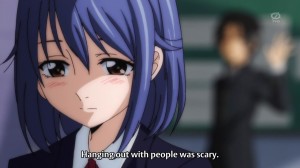 And of course, while the series seems like its rushing to get somewhere, it really just barely makes it to the end of the Tokyo arc, leaving a good chunk of the resolution for that very arc wide open, and ending with what is perhaps an improved and different version of one of the arc’s pivotal scenes. Yet, while it gets there, there isn’t really any big pay off, or really anything worth noting when it does. Studio Gonzo makes a dash for the finish line, only the finish line is just part one of a marathon, and makes the story look stupid, and the characters even more so. Speaking of characters…

In what is yet another grave offense, one that is rarely seen in anime today, The anime adaption completely misinterprets the main protagonist of the story! The boyish, somewhat stubborn but brave young youth from the manga is transformed into a sad, depressed pretty boy with an extremely sad sounding voice. Its a wonder how the series manages to miscast Yoshimasa Hosoya as Haruto. The only thing working for Hosoya is that he has a Hiroshiman accent and dialect, but that’s really about it. For anyone who’s read the manga, Yoshimasa Hosoya is the farthest thing from what Haruto would probably sound like. And again, this is rarity to see in the anime industry, one where voice acting is great in even some of worst of shows. 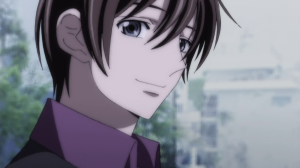 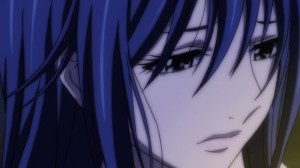 To add insult to injury, the voice actress for Eba, Megumi Nakajima is completely miscast as well. Eba is a michevious, childish and bubbly character in the manga, one whose aloofness and immaturity end up winning Haruto’s heart. In this series, she’s shown as a very pretty, shy and delicate but tortured girl, completely missing the mark much like Haruto.

Its worth noting that none of the seiyu involved with this production do a completely horrible job, in fact Ayane Sakura as Asuka Mishima does an exceptional job. The problem is that most of them are just not cast in the right roles. 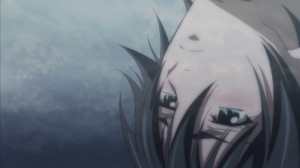 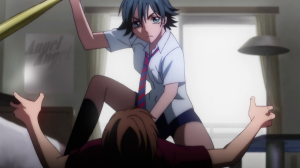 The animation production doesn’t fair much better. There are odd closeups, shots that linger for too long, and general oddness. Some of this because of director Shigeyasu Yamauchi’s rather odd visual style, one that just doesn’t fit in the context of this series. The art direction is passable, although it diverges quite far from the manga in some respects, especially when it comes to Eba and Haruto’s character designs in paritcular. The series in general has a much more mature looking art style than the one found in the source manga. One could almost guess that production staff is almost ashamed of the source material, deciding to make drastic changes in an effort to perhaps, in their minds save this series.

The music is passable, and while the OP is pretty decent, there’s nothing here to write home about. A good, but not great OST can’t save what is an otherwise extremely troubled adaption anyway. 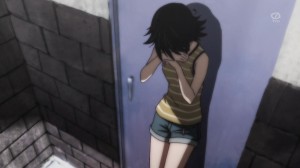 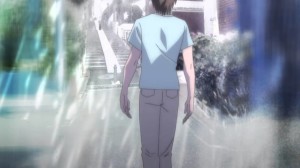 In the end, one can only guess that this was a production where the staff just doesn’t get the source material. The source material, being tricky enough as is, was hardly treated with the respect and care that mostly all manga adaptions get in some form or another. Kimi no Iru Machi was already a tough manga to adapt, but trying to do it in 12 episodes, skipping the entire introductory arc, and then rushing through the second arc only to end without giving much closure, one wonders who exactly this adaption was for. 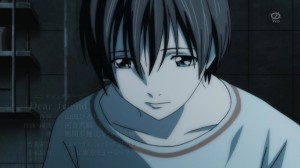 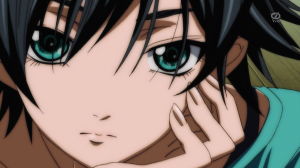 In conclusion, if this whole review has told you anything, its that Kimi no Iru Machi the anime is a really a bad show. What’s worth mentioning in closing, is that the manga is not. Divisive as it may be, the manga is a hundred times better than this unloved dribble that was churned out for God knows what or why. If the series even midly interests you, we highly recommend picking up the manga, reading from the start, and enjoying the story as its meant to be enjoyed.

Hopefully, someday Kimi no Iru Machi will get a good anime adaption, much like its predecessor series Suzuka, and one that isn’t just 12 episodes… We give Kimi no Iru machi a D Grade. Do yourself a favor, avoid this show and just read the manga.