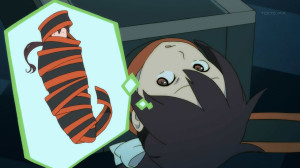 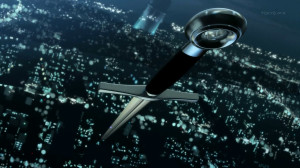 Well I’ll say they sure resolved things between Juri and her sister a whole lot faster than I thought they would. Even more with the surprise that she actually wasn’t struck in the first place. Though that does make you wonder about a number of things. How the heck did Lila gain that much power in the first place then? Did she literally just become a super magician with incredible powers through shear willpower and belief? Though I suppose with the Hiizumi clan and what those elders can do the abilities of humanity shouldn’t be underestimated.

In the end the girl’s wish was certainly simple. Wanting acknowledgment from her sister Lila did a lot of crazy things. Maybe the plan was to actually be struck by Enjin along with her sister and through that they’d finally gain the bonds that Lila wanted from the start. Certainly a dangerous character, but also hard to pin down because she is a magician and what is actually dangerous and what is just illusion isn’t always easy to figure out. 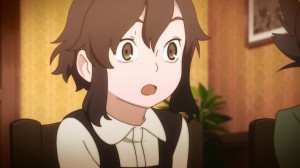 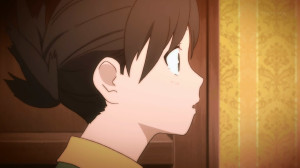 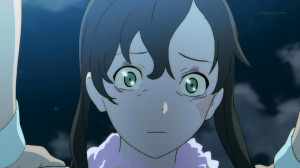 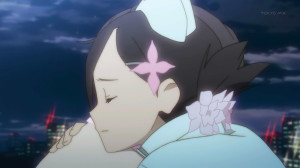 I do think Hime went a bit far with how black and white she made things and her words towards Juri. I’ll certainly agree with what I said in the last episode that Juri did do plenty wrong along the way. But at the same time what her sister became and how warped her behavior ended up as wasn’t all her fault. It’s not like as an older sibling you absolutely have to give 100% of your attention to a younger sibling at all times. Certainly not your fault if they go crazy or anything. Now it’d certainly be nice to do those things and Juri did get so absorbed in her doctor wish that she cut everyone else out. She gave enough acknowledgement to Lila’s magic to push her further, but not giving her enough attention to be happy with just normal tricks. Eventually Lila went to a degree that was frightening and one that drew a line.

Of course once Lila started to act in a manner that was more calm Juri could face her actions and accept her sister again. It was a vicious cycle really. Lila continued to ramp things up which scared Juri and Juri’s lack of acceptance caused Lila to go even further. Even though that super stun gun almost killed Lila it did break things up enough for the two of them to finally have a chance to talk calmly. In the end it’s not like either of them hated each other, but their actions ended up getting everything mixed up. Lila wanted to help her sister who was exhausting herself in all that work and research. That’s not the worst motivation ever to exist for someone, but even that kind of motivation can lead to the current state of affairs. 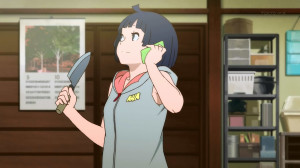 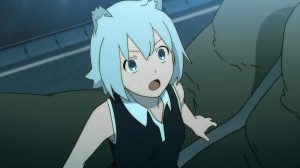 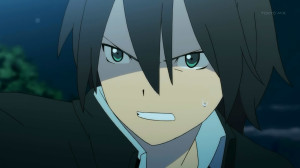 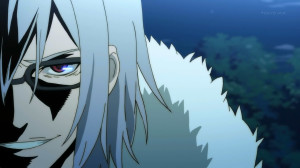 I kind of wonder what Enjin was doing in all of this. Did it just tie into Lila’s original plan on having her sister turned into a magician so they would match? Even if her sister accepted her now she still made that agreement originally so I guess there would be no backing out of it. Maybe things on his side will be clarified during this showdown with Akina.

On that note I’m glad we finally found out what Akina has been doing this whole time. Having Ao use her Satellite ability now makes sense. Not like they needed that to track Juri and Lila, but rather find Enjin who was undoubtedly tied to this affair. Certainly good timing in using his tuning to block out Enjin’s ability. Though at the same time it’s a dangerous situation. He might have stopped that attack, but how is he going to actually deal with Enjin? We’ve already seen that Enjin outclasses Akina in a one on one fight. I suppose we haven’t seen Kyousuke so he could be on the way to back him up, but still it’s a dangerous situation. I’m looking forward to seeing just how Akina is going to manage to stay safe in such a risky position.

Somehow I think Tohka dancing around with that knife would make for a decent yandere if needed XD. I feel for the girl in the sense that Akina really is pretty focused on Hime so her chances aren’t that great. I guess we’ll also have to wait and see if that sibling relationship gets stabilized. So far the one that seemed the most volatile with Juri and Lila might turn out ok, but we’ll see when it comes to Kyousuke/Tohka and certainly Ao and her currently possessed brother. 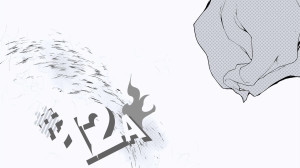 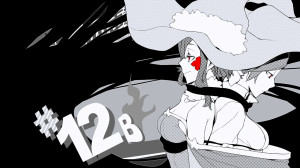 Overall a good episode. The craziness with Lila attacking Kotoha and Zakuro was entertaining as was how the episode finished off. Certainly a nice little showdown prepared and not against who I would have predicted the antagonist for this arc to be. Curious to see how things work out and good luck to Akina. That and Merry Christmas to everyone.
Score: A