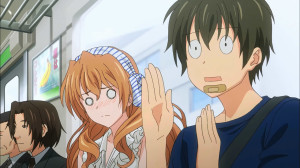 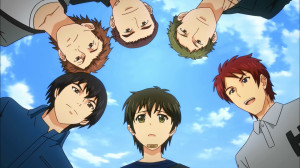 This series really is stressful at times. Not that the quality is bad or anything, but I feel like the series is just taunting me with how things might go bad at any given moment. The absorption of Ghost Banri has lead to complications, but things haven’t gone downhill yet for the main characters. Banri is carrying even more secrets than before which has me worried about when things might cross a major line. Had enough issues keeping things secret when it just came to finding out more about his past. Now he’s got this part of him that is obsessed with Linda while obviously part of him is in love with Kouko. A major dilemma is occurring inside of him and I’m not sure where things are going to go.

The topic of part time jobs did come up which certainly is something people have to consider while at school. Of course I never found that there was enough time to stay on top of classes and work, but to each their own. Seems like post-secondary education in Japan is all about the parties and clubs anyways so maybe they really do have enough time to work on top of everything. 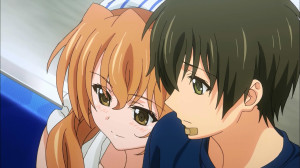 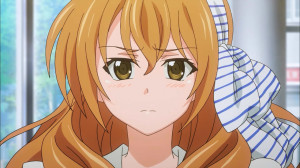 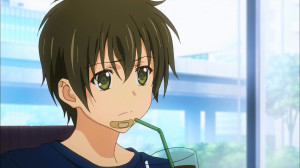 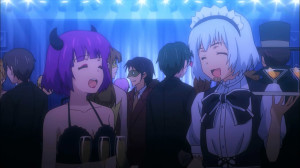 Did find the discussion about Banri possibly working a bit funny. Banri under the belief that he had to pay the way for him and Kouko to go to the beach. Yet when Kouko herself volunteered to cover the costs it was not exactly enthusiastically accepted. I suppose even Banri deals with gender bias. Kouko is the wealthy member of this relationship so I’m not sure if it’s a bad thing to just accept her paying for the trip. I suppose some wouldn’t want to take advantage in that kind of relationship and it could feel awkward to have one person paying for everything. At the same time it’s not like the intention was for them to split traveling costs, so maybe it’s just a gender bias in play.

I have to say Kouko’s character development has been pretty nice to this point. There’s no doubt she still has the feelings that caused her so many troubles when she was focused on Mitsuo. But at this point she has a good understanding of her faults and is trying to restrain herself from going too far. Maybe she doesn’t succeed and is a pestering type, but at least she’s working on it. People can’t change quickly so the fact that she’s at least restraining herself is a nice enough thing. Room to grow, but also a willingness to try and become a better person.

I can’t completely blame Banri for not saying everything about his past and Linda. Especially now it’s hard to be completely honest when part of him is in love with Linda. Kouko’s got enough insecurities I’m not sure how she’d be able to carry that as well. But at the same time this can only go on for so long. It’s practically guaranteed she has that photo and the longer nothing is said the worst things could get. I’m still going with the OP/ED in how things will eventually work out, but doesn’t mean it’s going to be easy. 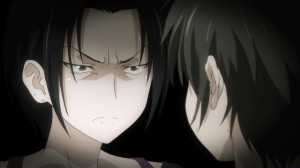 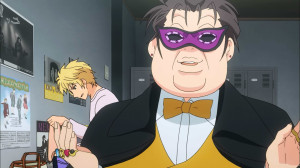 This series is full of odd situations though. This party at the end of the episode being a prime example. Ghosts, weird cults, insane tea parities, it has it all. Of course this is another situation as well that can throw Banri and Linda together. Not necessarily alone since it’s a party and they have jobs, but closer than Kouko is to Banri at the moment. Frankly hard to blame the girl for being insecure when there are constantly good reasons for her to be. Lies may not always be bad, but Banri tells too many. Where went the guy that blew up because he didn’t want to be in a weird friendship situation? That guy was pretty brutally honest.

Nana isn’t a bad person at all, but she’s definitely an odd one. Lives a pretty strange life, but I suppose she’s there when you need her. I wonder what other odd jobs aside from her…singing career she’s taking on in order to get by?

Things just have me worried right now. You know that something bad is going to happen with Banri and Kouko. The real question is whether they bounce back from it and end up together in the end or if Banri and Linda really do pair off. I’m just not sure since despite absorbing Ghost Banri it still isn’t really the old Banri. It’s at best a mix and I’m not sure that would be enough for Linda. 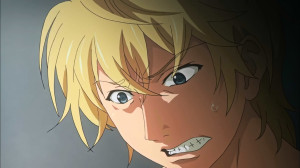 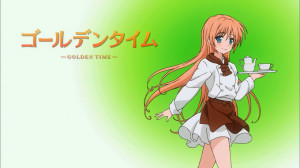 In the end all we can do is wait and see. I do hope that things don’t go bad too quickly, we’ve still got over half the series to go so plenty of time to build up to the eventual conclusion. But it is an adaptation and we should expect major climaxes in the story to pop up from time to time. Just settle down on the roller coaster and see where it all finishes up.
Score: A-