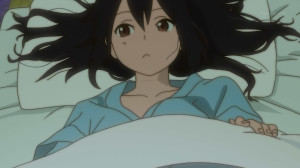 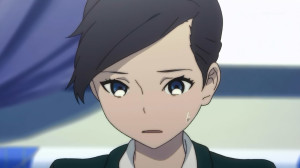 I’d say this was a nice episode to focus on the characters and set things up for the next major showdown. This time it appears the youkai hunter the group will be up against is that magician girl who seems to be Juri’s little sister. I mean the hints were heavy enough that I don’t think you could draw any different conclusion than that. Should be an interesting conflict especially with Hime getting the proclaimed little sister title from this episode. That would give this magician girl from the first episodes more than enough reason to be pissed and to target Hime above all others.

The other half was interesting with the care for Hime, but mostly the focus on Ao. Since Ao has been somewhat sidelined at times it was good to see her get some focus and character development. Certainly a complicated situation with what’s happened to her brother and I guess the youkai in that town in general have unique situations. Can certainly understand putting off the high school thing for a year since next year is the year that really matters most. If they can survive that year then sure school, but I wouldn’t want to start school and then have to deal with a potential doomsday scenario. One emergency at a time XD. 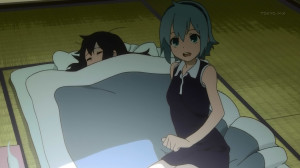 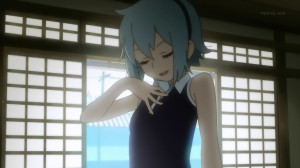 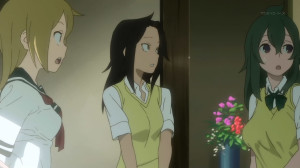 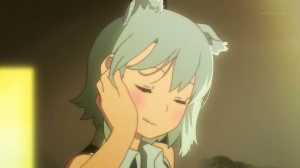 I’m sure being a Satori Ao is naturally the type to be sensitive to the feelings of others. Thus she tries to play it kind most of the time looking after everyone around her. But when things go too far obviously she can snap like anyone else. I can’t really blame her. If you are there to help care for a sick person then help. If you aren’t then at least don’t be a bother. Goofing around and acting like you are at a party isn’t the best way to care for someone that’s sick. Sure, Hime isn’t exactly dying there, but it was pretty classless and inconsiderate for those girls to be ramping up after each warning given. Of course even after getting upset Ao gets bothered on her own account by the idea that she went too far.

At least Ao’s relationship with Akina is pretty well defined. With her brother gone she’s really stuck with him in a family atmosphere. The topic of this episode and probably the arc will be little sisters so that makes sense. She can do a lot for the town and to support Akina from the office. While Hime has been bouncing between her job and school it’s not something everyone would be eager to take on. Though maybe reason as much as anything is wanting to help get her brother back before she tries to go back to school. Really Ao has a lot going on, but is counted on in a lot of ways. A responsible presence that will back up everyone when they need it and do all that while carrying around her own worries. 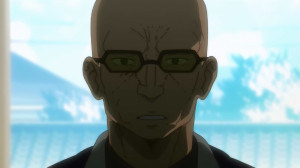 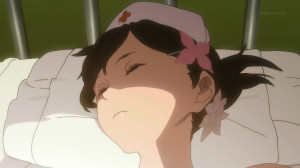 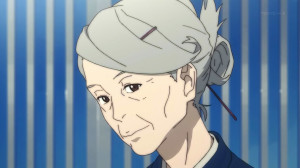 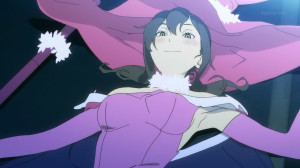 No shock of course that the Elders want Hime to resign. Their memories being cleared up about her being a youkai probably was the core of that decision. For those elders having youkai as mayors probably is the most unpleasant thing imaginable. Though you’d think they’d be used to it by now considering that this mayor position is more like a monarchy than anything else.

It was nice as well to get a peek at Juri’s past. Really someone that is tied closely to her ancestors. Living her life feeling frustrated by how her ancestor was treated historically. Picking up a lot of issues focused on adults over that time. In such a rush to be an adult even though she really did hate them. Meeting Hime’s grandmother really was the best thing for Juri. Despite it requiring some pain she did gain a lot. Gained a pseudo-little sister and was able to relax. To carry on in that clinic and slowly but surely become the person we know today. Although she apparently hasn’t reached the point of being a full blown doctor and just carrying around the nurse motif. Not sure if it’s a lack of reaching that point where she considers herself a doctor or just a style thing XD.

Makes you wonder about how this arc will unfold. Maybe when her sister was struck it also affected Juri’s memories. Going to be some shocking situations ahead and a pretty tough fight with the strange magic that girl has. No way to avoid it being a pretty emotional time, but hopefully they can purge out the darkness in that girl to bring her to Zakuro’s level. Hard to say if everything will always work out perfectly, but one can hope. 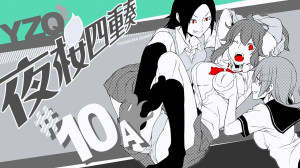 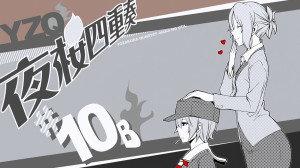 Honestly it wasn’t a bad episode. I thought the Ao focus was nice, as well as getting to understand Juri more. Though I’m sure that’s going to continue in the episodes ahead as things start getting really serious. I wouldn’t say the last few episodes have been peaceful, but they seem to have set things up for the fight ahead.
Score: A