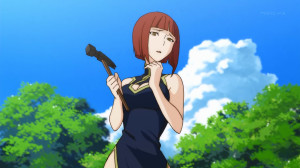 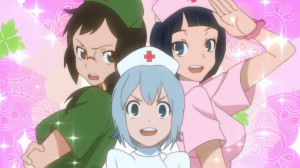 Will just say sorry for the delay on everything, but finals and such will pretty much suck up your life. Given a week or so should be back on top of everything. Anyways, as to the episode itself we certainly got a nice bit of character development along with some entertaining action. Series does manage to have some laughs while also delivering some fairly entertaining fights. Who knew the old people could kick ass?

Anyways, I did wonder if they were going to skip over the Necromancer arc and pretty well did that. Just showed some key scenes in place of the OP with pretty much a message of “if you haven’t seen the OVA yet, go see it.” Probably the right way to go about it. The animation and quality was pretty good in that OVA so wouldn’t really be easily matched and if the story is already told, why waste the episode count retelling it? Not like this is Railgun S where they could actually tell a different side of the story with much higher quality. Since I already saw the OVA I’m pretty well caught up on everything that happened there. 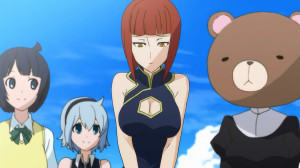 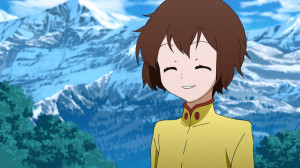 They really do enjoy this half an episode per little story pattern. It really is a “Side A” and “Side B” kind of show sometimes. Not that it’s bad, was nice to see Zakuro and how she’s adapting to her current situation. A pretty crazy change especially since she really was a different person after being struck and being overly controlled by that power. Understandable considering her past that she wouldn’t be the most comfortable heading out into the town on her own. Still, some good did come from it. Got to meet a fellow half-youkai and get a better understanding of the town. Could have turned into a pretty extreme situation when she freaked out in the park, but alls well that ends well.

That really was one horrible map though. As someone who doesn’t have the strongest sense of direction, I can sympathize with Zakuro. Not exactly easy to drop into a new place and try to actually do a delivery. While I’m not exactly sure that Hime’s order was ever delivered at least it was a decent experience. Guess the sick Hime will have to survive on something that isn’t a favourite meal XD. Poor Zakuro though, ended up even more self-conscious since that apple on her head really was getting attention XD. 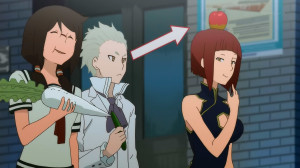 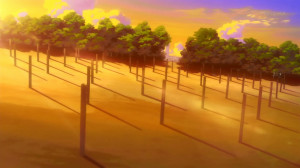 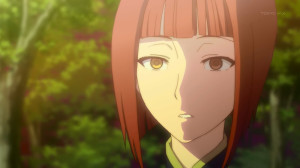 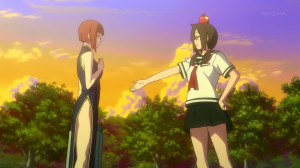 Was a nice little conversation with Kotoha though. Just reminds you how rare it is for half-youkai to exist at all. Such a fine line between not getting enough power for it to stick and getting too much. Those people unable to be cleansed needing to be tuned because they are too much of a danger to everyone around them. Saw from the brief flashbacks how destructive things were around Kotoha when she was struck. Her and the others are a rare existence, but ones that are likely to tip the scales if things reach a turning point between the humans and youkai. People who can stand on that line will be critical to deciding what is going to happen.

Kotoha’s words really did have strong meaning to them. The difficult position for people who don’t quite fit with either side. Decidedly human, but clearly possessing powers that aren’t human. Everyone has their own way of being and their own idea of how to live their lives. Kotoha clearly has tried to focus on enjoying her life as much as possible knowing that at any moment things really can just go terribly wrong. 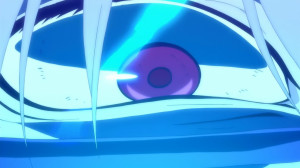 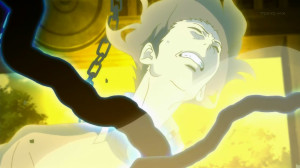 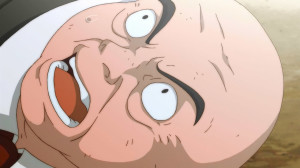 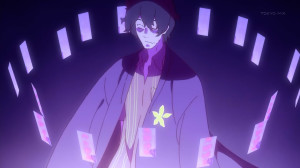 The other half of the episode focused on Enjin reconfirming that he is a serious threat. Well that and Morino being the hero of the episode. Did cause a lot of trouble before, but certainly taking actions that help redeem him. If he hadn’t picked that fight with Enjin and said what he did then who knows if the Elders would have helped or just sat by and let Akina get owned. Either way those guys definitely surprised in the kind of power they had. When people gain power like that it really makes you wonder who the non-humans are supposed to be. In the end Akina may be right, when facing a terrible threat people have to become monsters to stand up to them.

Also shows the crazy burdens Akina carries around. Was the one who had to tune his grandfather and can clearly see how distorted everything is getting. Enjin’s attack certainly didn’t help. Whatever Akina saw certainly paints a picture that the other side isn’t anything to love. Probably unlikely to be that 100% suitable place brought up before. If it’s that hellish its no wonder that Enjin’s ancestors just snapped and decided to just get the greatest revenge they could. They would make the Hiizumi clan on the other side pay. Of course doesn’t make what Enjin is doing and has been doing right and allowable. The guy is dangerous and has to be stopped before its too late. 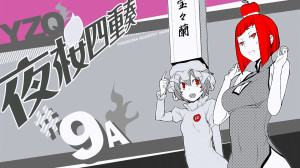 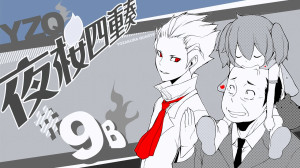 A pretty good episode overall. The ‘fight’ with Enjin and everyone was pretty crazy and I had to laugh when he got owned by that pipe. Does make you worried though if he’s picking up an understanding for the human tech that was used against him. The guy is dangerous just with a box cutter, god help us if he gets any more powers. Things are bound to get worse as well with more youkai hunters bound to show up and Enjin having his own plans. Just makes you worried about what’s going to happen in that town.
Score: A