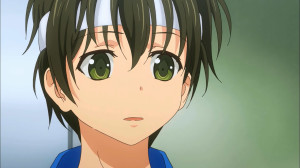 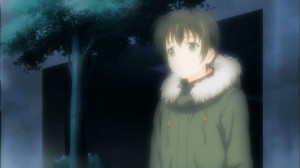 Call the Ghost Busters! I’m going to just pause writing this episode review in order to go find those guys….well I would if it would work. Ghost Banri had me worried last episode and things literally went into the worst case scenario by the end here. Now I’ll say I do feel sympathy for his situation. Getting knocked out of your body truly sucks. Left as a ghost existence stuck watching this new you live “your” life is unfortunate. But it doesn’t give him the excuse to in turn ruin the life that Banri has been putting back together. Banri who went through that recovery and rehab and got himself into a University. He certainly doesn’t deserve to have all that wiped out for the sake of this emo ghost.

Honestly the rage I feel at the end of this episode is hard to really put into words. I don’t like Ghost Banri. I didn’t mind his existence because it was a good way to narrate things and put into perspective that this Banri we are seeing really is a new person. While he isn’t perfect, I think Banri is a good guy. He’s just trying to live his life while this depressing ghost hangs overhead. I get it he loves Linda and isn’t happy about his situation. But god he’s so damn annoying and depressing. Not to mention frankly kind of creepy and a stalker. 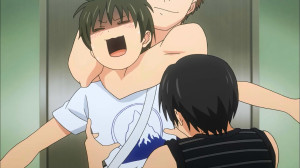 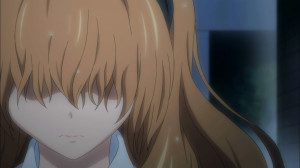 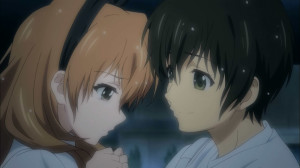 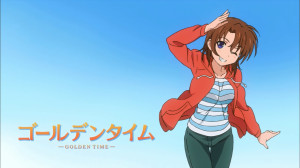 Ghost Banri goes on and on about his past which is helpful for background, but truly makes him annoying. He compares what Banri and Kouko did in the rain to his comforting of Linda before. But there is a very real difference between them. When Banri got the moment to say what he needed to and express his feelings for Kouko he did. He said everything that came to mind, reaffirming his feelings and then kissing her. Ghost Banri didn’t do that. He couldn’t get his feelings out there and just said enough to keep things close, but not close enough. Ghost Banri had his chances and didn’t seize them. That’s why I’m not at all supporting him and Linda at this point. Linda does deserve to be happy, but not through this.

I’m really quite worried about what is going to happen here. Ghost Banri is so obsessed with Linda that he’s bound to do something horrible. He’ll either try to break up with Kouko as fast as he can to go after Linda, or try to break it slowly so Linda doesn’t get upset and he can then go after Linda. Either way Kouko is in line to seriously get hurt here and at the worst time.

You can already tell that Kouko overheard Banri and Linda the other night. Missed school for days afterwards and finally got herself outside, but not nearly at 100%. Shows some growth on her part though that she didn’t do anything else drastic after finding it out. Sure, confronting him might have been best but all he was doing was talking so that would have felt wrong to her. She knew that being uneasy and unsettled wasn’t the right thing to do. Not perfect, but clearly she’s getting better. Going to be pretty bad when Ghost Banri makes everything go to hell in the next episode… 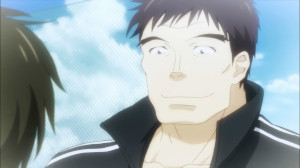 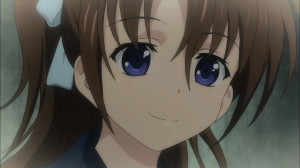 As to the flashback it was solid. Shows that quite a few things happened in the past with Linda and Old Banri. Not to mention Old Banri could be kind of insanely reckless. Not exactly someone you go to when you need a voice of reason. I mean he wanted to bust into someone’s home and start taking pictures? Geeze might as well start blackmailing the finance while he’s already breaking and entering. Certainly can understand being extremely upset though. The brother seemed to be a good guy and just sucks that the woman was cheating on him.

Makes you wonder if that guy they saw was related to Banri’s accident. Probably didn’t happen too far off and the guy the woman was cheating with certainly seemed crazy enough to do something drastic like a hit and run. 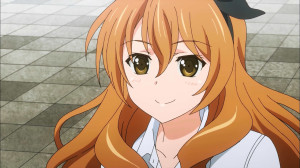 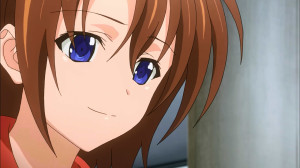 So that was this week. It had high points and low points to be sure. I worry about next week since it seems like things are going to be pretty bad. You give Ghost Banri back his body and who knows what he’ll do. Even if he stays there for some time I’m just going to keep calling him that since it helps to differentiate XD.
Score: B+