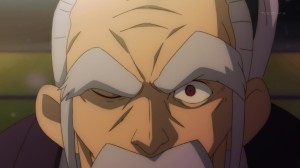 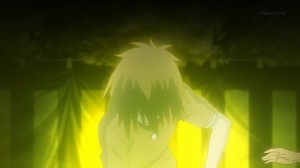 Not a bad episode to calm everything down after a pretty good amount of action and revelations the past few episodes. Of course not everything was calmed and relaxing in this one. Akina really got pissed with those elders and was ready to really do something stupid. Not that I really blame him since those guys were pretty aggravating and people that aren’t easy to put up with at all. Not an easy balance being maintained in this town and this episode proved that.

It was believable that Enjin had been behind everything in the last episode, but that wasn’t the case. That the anti-youkai field was related to the elders should have been more obvious to me. It was something that seemed completely up their alley. Not that they were actively helping Enjin, but they set up the tools needed in this town and in neighboring towns. They are certainly ready for an effort to annihilate all youkai from the world if it comes down to it. 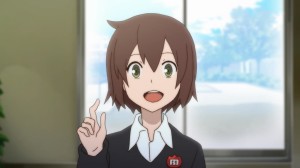 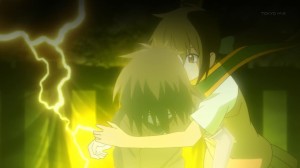 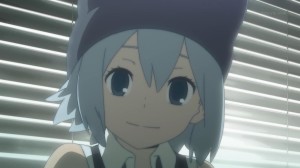 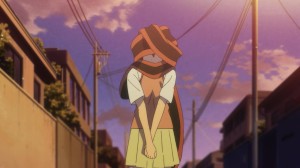 Certainly if they want to know more about the other side all they really need to do is track down Enjin and capture that guy. Not easy of course with all his abilities, but it’s an option. They really need to capture that guy regardless though. He’s occupying the body of Ao’s brother and is directly connected to this attempt to completely screw everything up with the Seven Pillars.

I was a bit surprised that the truth about what happened to Enjin’s family was actually known. I had thought it was just something lost to the passages of history and things had gotten screwed up along the way. Instead it was completely known at least to the Hiizumi clan that this had been done and they were fine with it. Makes it seem all the more stupid that no one suspected the Pillars considering they were sent by people that had been banished to this place that no one actually knew anything about.

Talk about having a lot of options, but having no options at all. “Use” the youkai to stop what is happening with the Pillars or just go ahead and tune every last youkai in the world back to the other sides. Neither lines up with what Akina, Hime and the others want. They want a town that is for everyone and a place where they can all live happily. That can’t happen if they take any of these options. True that they know nothing about how good or bad the other side is, but frankly from the actions of Enjin’s ancestors I really have my doubts about it creating stable and positive individuals. 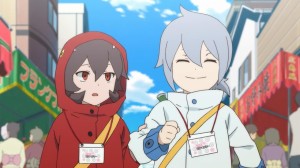 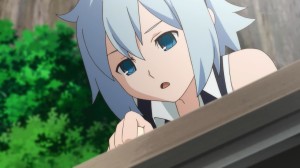 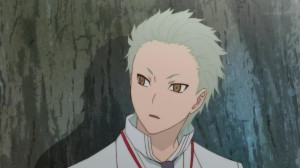 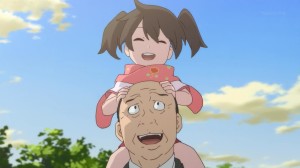 The rest of the episode was nice and light. Shinozuka going around to apologize for his actions and the role he played. I like that they gave him an offer to live there, but I thought it was the best thing for him not to accept it. He has a place where he belongs and while this town may exist for the benefit of youkai and half-youkai it shouldn’t be the only place in the world where they can live.

The scene with the mayor and Kohime was pretty cute as well. Glad things worked out pretty well in that respect and now that mayor will be working to prepare the girl for the role if she truly wants to go that route. Plenty of time to get ready and be actually prepared for the heavy burden of running a town.

And good to see Ao back out and about. At least she was given some hope that they could still save her brother. He might still be in there somewhere and if they can give Enjin the boot…well maybe things will work out. He might not survive at the end of the day, but at least it’s better than having no hope that they can do anything. Either way they first have to find and stop Enjin which isn’t going to be easy period. 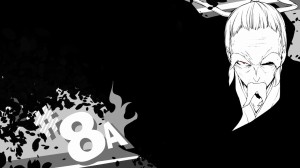 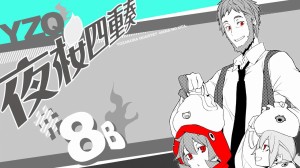 So not a busy episode, but one that set things up for the future. The half-youkai hunters are a huge threat and we did get to see a familiar face from the OVAs at the end there. I wonder if they are just going to skip the OVA material or not.
Score: A-