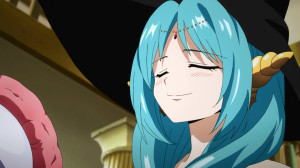 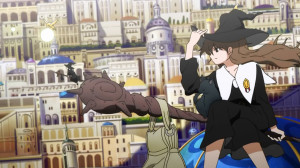 So not a bad way to kick off Aladdin’s stay in Magnostadt. It really wasn’t a bad episode and certainly gave an interesting look at magical training XD. There’s no doubt that Aladdin needed this kind of training. As a magi he just relied on that natural state so much. We saw plenty of times in the early first season how his body physically couldn’t handle what he was doing. Building up his strength even to a decent level should do wonders when he can fully tap into his magi abilities again.

We really didn’t get to see much aside from the Magnostadt academy itself. The focus was pretty tight on Aladdin’s early struggles in that place. I did wonder early on if so many people in that lower tier just failed often because they never got taught any magic XD. In the end the logic behind it made sense. Only those who could toughen out the month from hell really deserved to keep on going. 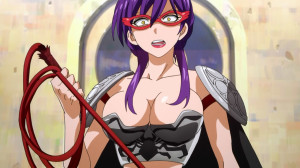 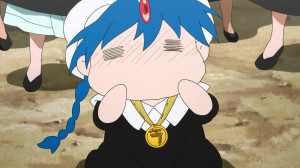 Obviously with Aladdin there was plenty of comedic focus on his breast obsession. I’m impressed he behaved as well as he did at times, but I guess that electrical whip managed to keep even him in line. Their teacher was definitely an odd person, but she had methods behind her madness. Really a softie at times, but someone that isn’t going to just give away all the answers. Once the students proved they had the willpower and physical ability then she really started to teach and expand their knowledge.

The magic lessons themselves were brief, but interesting. Not that unusual that magical abilities break off into types. Even Magi like Judal fall into that categorization. But obviously if they were completely limited to their types that would be tough to work with. Instead you can expand to different kinds of magics, but it’s just easier to work on your main type and then supplement that with your second strongest type. Makes sense to me and now Aladdin can at least make decent use of wind magic. 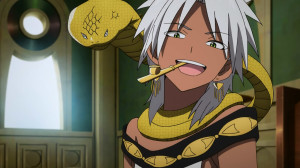 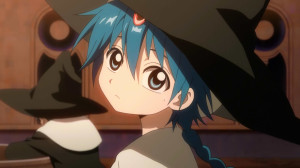 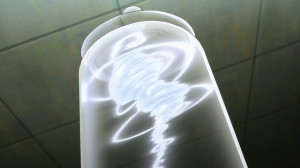 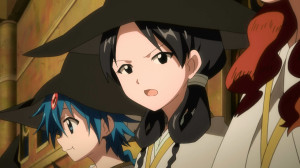 So far just getting hints at the class system at work here. Even after immediately transferring people are put to the test and thrown into their class. Clearly it’s possible to impress your way to the top, it’s not that easy. Even amongst the magicians there is a kind of caste system at work. Not that extreme since even some regular schools do put the elites and the normal/below average people in different situations. Doesn’t seem like a hugely evil place, but clearly we know that’s not true. The people in charge probably have their hands in a lot of shady stuff.

I do feel a bit bad for Aladdin’s roommate. Yeah, guy was a bit of a jerk when they first met but he thawed pretty effectively. Sphintus just ended up on the bad end of a somewhat repetitive joke. Was ok the first few times, but having Aladdin fall asleep any time Sphintus wanted to talk about his past got a bit old near the end. Hard to say too much about that guy aside from him being a tsundere and not the worst guy in the world. I’m sure he’ll become more important as Aladdin spends more time out in that school. 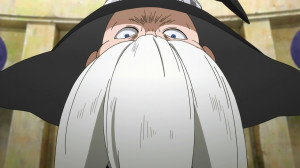 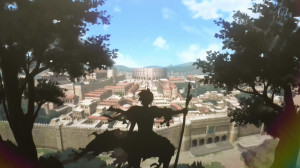 Now of course Aladdin can really focus on learning magic. Getting moved up to the elite class should certainly lead to some interesting lessons. Though I’d laugh if the best teacher of them all was the one that nearly killed them XD. No matter what happens in the near future, Aladdin seems in a good position to start growing and learning. I’m looking forward to seeing how things go early on for Alibaba and for Morgiana. Neither of them have easy journeys ahead I’m sure. Morgiana might not have specific fights waiting for her, but somehow I expect she’ll get into some brawls. Hopefully Alibaba can avoid getting seriously injured in that arena while he tries to track down the people he’s hunting for.
Score: A-