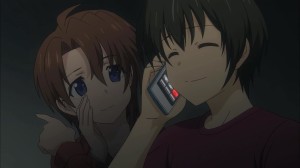 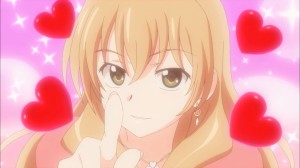 You can just feel how we are closing in on something terrible happening. I for one blame the ghost of Banri. But aside from that guy things are just teetering on the edge of disaster right now. While most people would have suspected Kouko as being the one to cause some serious trouble to things, honestly it’s Banri who is setting up everything that is going to eventually blow up in his face.

While Kouko can be pretty crazy at times, she has been staying focused on trying to not go overboard on Banri and keep her focus there. While at the same time Banri has been just not telling the truth or just avoiding talking about things that he really should. He had no trouble talking to Kouko before about having amnesia. I’m not saying his whole life needs to be an open book, but if he’s found out some things I don’t think it’s the worst idea to talk about them. Instead he’s got this hidden friendship with Linda going on that is going to blow up because he’s not being up front about it. Nothing wrong with having friends but one of these secret chats is going to be walked in on and then everything goes to hell. Same for the hidden picture. 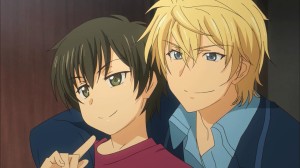 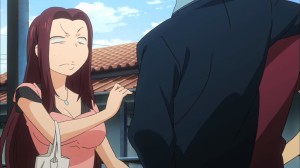 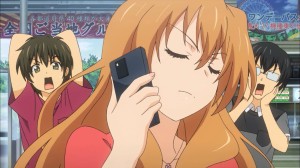 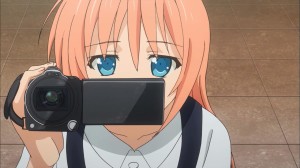 The episode had some hilarious moments to it. I mean Banri going to check on Mitsuo was great. When he went into Kouko mode in order to scare off that girl it was pure hilarity. To be fair it was pretty creepy in some respects and I almost didn’t want to watch, but it was a great move. You can really see how messed up Mitsuo was after what happened.

There really was a need for intervention in the Mitsuo and Chinami situation. Honestly props to Kouko for actually doing something because this situation was only going to get worse. Mitsuo obviously shoulders a lot of blame on this one. He’s the one who stupidly confessed like that and he’s the one who made the situation even more awkward by constantly running away whenever Chinami approached. It’s not like he has no chance on earth with this girl. He just picked the worst place for it and was torpedoing his own chances with her. Then at the very end he continues this anti-Kouko strategy by telling her not to even talk to him. I get it’s embarrassing for him to have everyone talking about it, but the fact he can’t act normally is making it all stand out even more.

What was interesting though was Chinami’s behavior. Kouko is always just going to struggle to get along with her because she’s afraid of that girl. Afraid of that friendliness that pulls everyone in and could take things she cares about away from her. Though maybe after this episode things might improve. What did catch my attention was that…seriousness and a little bit of darkness out of Chinami. Dropped the friendly smiling mask for a moment and really got serious there. Makes you wonder what’s really up with Chinami and what kind of past she’s had. People can end up that smiling and cheerful because something bad has happened and they just don’t want to end up alone. Kouko almost killing her was actually pretty funny though I wondered how far it’d go for a minute there XD. 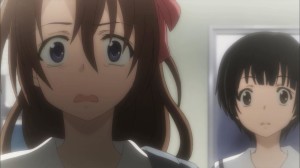 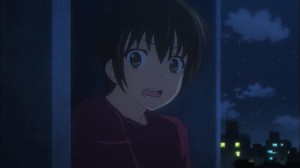 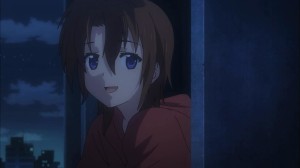 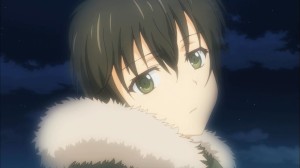 As to ghost Banri, he’s kind of pissing me off now. I was ok with this guy being around as a narrator and ghosts can exist without breaking the series. But if he’s going to start possessing or influencing Banri to get closer to Linda that might start really annoying me. Banri’s doing a bang up job enough on his own putting things at risk, doesn’t need ghost Banri adding to it. Is Ghost Banri trying to get the other Banri together with Linda? That way he stays around the girl he loves? Even though he’s then creepily stalking invisibly while she gets involved with a Banri that’s not him? Honestly the whole situation is just weird and somewhat creepy. I hope that isn’t a huge part of the plot since it’s just something outside everyone’s control.

Old Banri I will admit was a wimp. He really was someone that needed looking after. Now I can relate to the whole event at the start of hte episode. Nothing hurts more than to walk in on a conversation that’s about you and not exactly flattering things being thrown around. The situation was somewhat awkward really. Linda obviously wanted to have the whole situation dropped, but kept being pushed. So she said something extreme to get everyone off her back. Now from an objective point of view it was obvious she didn’t mean it, but when you are in a situation harder to see rationally.

Now the question really is what Linda’s feelings are towards this Banri and past Banri. Honestly I’m not sure. Maybe she was going to turn him down, maybe she wasn’t. Either way as things are now it’s obvious why she’d say she was going to turn Banri down. If she hasn’t picked up on the fact that he’s dating Kouko it should be getting pretty clear. Doesn’t want to mess with that relationship. Now on the other hand maybe she really was going to turn Banri down before. Old Banri treated the opposite of not liking someone at all as perhaps love. But it could also just mean he’s a precious friend to her. Hard to say if Linda back then really wanted to change that relationship into something else. Regardless at this point things are bound to get complicated on this front. 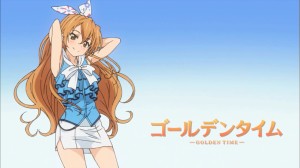 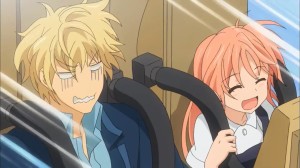 I’m just waiting for things to blow up and for the roller coaster to go wild again. Honestly things are pretty unsteady right now and Kouko has been pretty reasonable all things considered. If she hits an unreasonable period things could go bad. I just don’t know what’s going to happen, though I’m sure it’s going to be pretty messy and emotional. Anyways, just want to say again, damn you Ghost Banri!
Score: A-