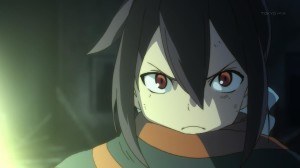 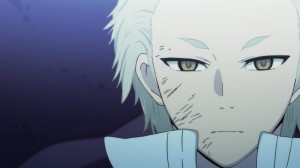 Wow now that’s a good way to conclude this situation. It seemed like the fight was mostly over with Hime acquiring the Dragon Lance, but the series had some tricks left to make this encounter all the more intense and memorable. I was making a link between the old man and the guy who looked like (and happened to be) Ao’s brother. Still the bigger revelations still caught me offguard and have to say I really enjoyed the episode.

Everything got wrapped up pretty well though at the very end it does make you wonder what the point was when the mayoral elections that sparked this wasn’t that important. Of course when you think about it this encounter was especially important. We got to find out about Hime’s background, the person who is behind the current troubles, the story behind the seven pillars, etc. It was a huge event for catching everyone up and bringing a lot of hidden truths to light. 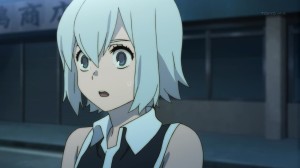 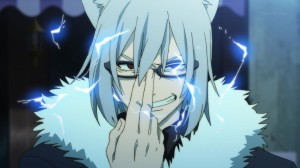 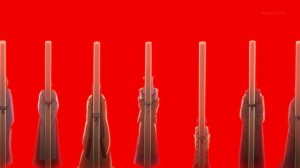 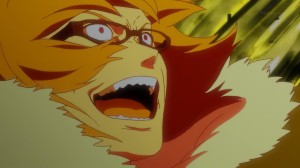 Of course have to start with the Hiizumi revelations. Honestly I’m not overly surprised, but I didn’t see it coming either. History is written by victors and if there isn’t any physical evidence left behind interpretations can go in whatever direction. Eventually the Hiizumi clan would want to just believe that what they were saying was the truth and thus to the descendants it would become the truth. I wouldn’t be that surprised if the head family sent all those people to the other dimension.

At the same time can’t just take Enjin’s words at face value. As much as Akina’s family wrote their version of events, Enjin’s may have written theirs. You get thrown into a world like that and the ones left writing the histories may have let their anger and frustration cloud their interpretation. Still, there is more evidence pointing to Enjin’s side being more accurate. The Seven Pillars acting as tools to unsettle the dimensions would make sense. If that is their function than this had to be something set up around the time when Enjin’s ancestors were sent over. It makes a lot of sense for people that pissed off to send things back. Frankly I wonder more about what Akina’s ancestors were thinking. You send a whole clan over to another dimension full of demons and expect them to help you out? Were those people just stupid or arrogant enough to think their commands would be followed to the letter?

Regardless, it had to be a shocking revelation for Ao. I mean damn she goes from thinking her brother was ‘gone’ to suddenly finding out his body has been taken by some evil psycho? Presumably he’s been killed in the process. Talk about a major traumatizing experience. Didn’t get to see her at the end of hte episode and she’ll probably need some time to just emotionally absorb this situation and get back to semi-normal. 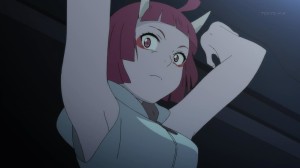 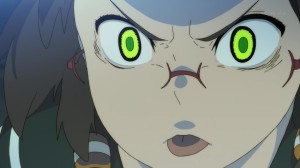 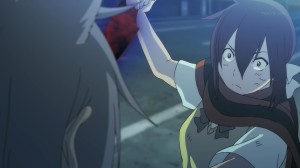 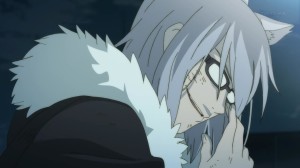 Maybe my favorite part was the curbstomp that the group unleashed upon Enjin. I mean holy crap they were pissed and were gunning to tear this guy apart. Starting out with Touka smacking him with a car after her brother threw a telephone pole at him. Though the heavy hits really did come from Kotoha who just unleashed pure force upon him and then Hime unleashing hell. It really shows that you should not piss off Hime. Especially when the spear turned into a red and black dagger….yeah seriously don’t piss her off.

Of course Enjin’s illusion ability saved his ass there. Honestly I think 90% of the attacks did connect on him. For one a doll just wouldn’t be able to take that kind of punishment without evaporating and that would reveal the illusion. He had enough time after being sent flying by Hime to swap out with a doll and at that point no actual damage was done that would reveal that it was just a doll. Still, he showed that illusions aren’t meant to be ignored. They can be horrifically effective if there is something underneath the trick that is real enough to do harm. 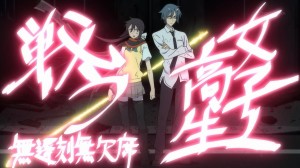 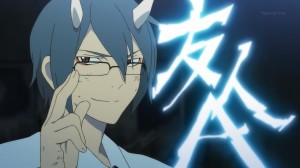 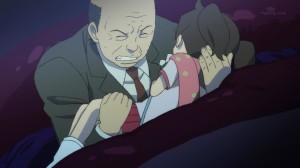 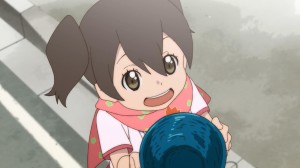 Yeah there was the whole mayor situation that really wasn’t a big deal when you get down to it. Morino was making a big deal out of nothing though you’d expect that someone important would have said something before a little girl was actually going around preparing to become mayor. The guy is an idiot, but at least he did the right thing in the end. I’m sure it started out with just trying to keep the girl from becoming mayor as a kid when the job really would do a lot of harm to her. Then things spiraled right out of control. Part of it probably was bein stupid, but at the end he did step up. Props as well for Shinozuka jumping in to save those two when they were going to get eaten by that giant lizard. Of course probably could have taken action against this idea rather than waiting for Morino to come to his senses.

And a nice little scene for the old man and Kohime. Old guy just being jealous all that time that Akina got Hime something to cheer her up faster than he did. This time he jumped quickly into action to avoid getting beaten to the punch twice XD. Nice that he gave her that bowl to put her spirits back into the positive and not worry too much about having to wait to become mayor. 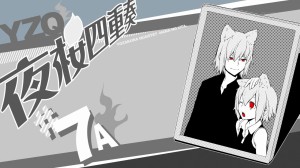 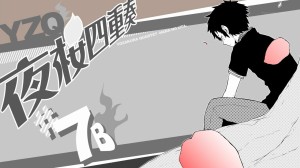 Overall a great episode. The action was good, the revelations were well delivered and I just outright enjoyed it. The aftermath should be interesting with Hime’s heritage now clear, Akina needing to talk to his grandfather, Ao’s distressed situation, etc. That the Pillars they’ve been relying on all this time are actually a huge threat is something difficult. Going to be hard to do something about this situation.
Score: A+