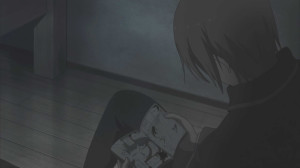 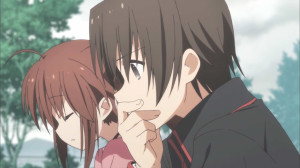 Little Busters! ~Refrain~, for seven episodes now, has delayed the big answers and secrets that the series and its prequel series have been building to. Its gotten to the point where, I find myself caring less and less for immediate answers, and am now patiently acting as an observer and waiting for the series to finally get on with it. 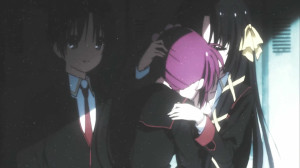 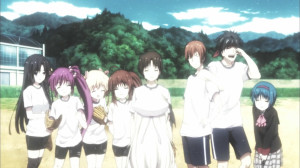 Its remarkable how slow paced and sluggish this episode felt. The thing is, I’m sure there’s some sense in the larger context, since this series is only 13 episodes, so I doubt there’s not some rushing that’s going to happen. Kurugaya’s arc in particular, ended pretty quickly.

“Everyone leaves”, was pretty much the theme of this episode. It was a slow and painful crawl through looking at what was left of the Little Busters. All the supporting cast has more or less vanished, leaving just the core Little Busters around, and much to perhaps both my and Kyosuke’s frustrations, Riki seemed to not notice. 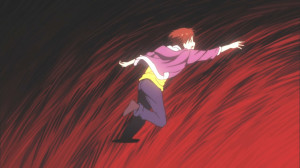 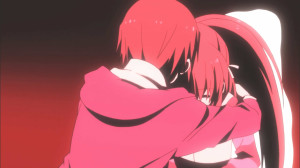 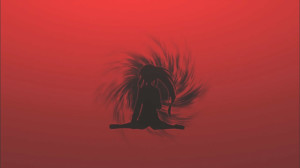 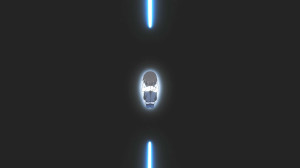 Its clearly evident that when something truly devastating and painful happens to Riki, the world resets or “switches worlds”. Whichever term you prefer, its obvious that everyone of the Little Busters! have been living this period between May 13th and the so called break up of the Little Busters! for a while.

What can be inferred, especially from the meetings Riki had from Kyosuke, is that he and the others have been trapped in this time loop with Riki for ages, and he wants to desperately be released from it. Therefore, its obvious that Kyosuke’s actions to this point have been to try and bring an end to the time loop. 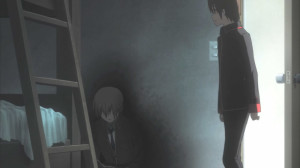 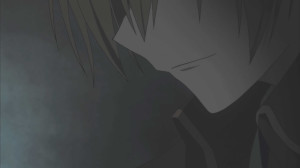 Since he seems to be able to remember, much like everyone, what happens each time, he’s probably used that to his advantage to try and help Riki and Rin out of whatever phenomenon they’ve created or are connected to.

Seeing Kyosuke defeated, and simply resigned to accept his fate was sad, but it complimented the air of loneliness, emptiness and the desolation that enveloped the current world that Riki inhabits. 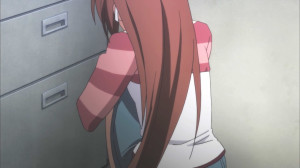 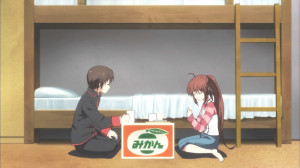 It seems that Rin also remembers, if only subconsciously, what happened in the previous timeloop/world. The experience she had has led her to be totally afraid of all people, and she only talks to Riki because of the relationship the two had.

Masato seems to be going with the flow, letting things play out. Meanwhile, Kengo is earnestly seeking some kind of different kind of world within the time loop. 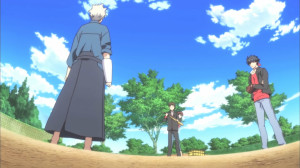 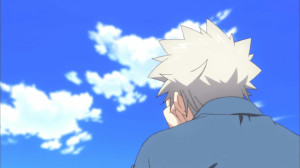 What is it? We don’t get to hear, since Kengo ends up leaving angry when Riki decides to form a baseball team to cheer his friends up (and when Rin reacts positively to that one activity). 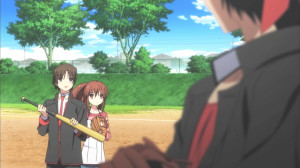 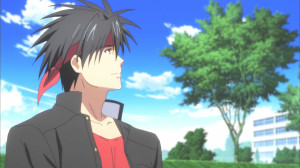 After Kengo leaves, dropping more hints that there’s something seriously wrong in whatever reality Riki is residing in, it falls on Masato to be bombarded with questions.

The actions of Masato, and really everyone in the cast, lead me to believe that simply throwing out the answers to Riki isn’t going to help the situation. What’s clear is that Riki needs to be strong enough to both discover and accept whatever these answers are. 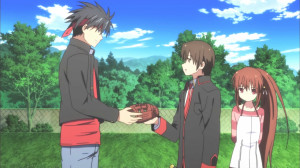 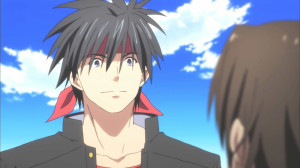 So Masato leaves, telling Riki that he might’ve come far enough to deal with whatever it is he has to deal with.

The big problem though, and a rather frustrating aspect of this situation is, that Riki seems to totally not get it. He’s completely going in the other direction, wanting to keep the happy times and recreate the past, rather than move towards the future. If there’s any evidence from how Riki’s been behaving this episode, its going to take a long while before he actually gets out of this loop. 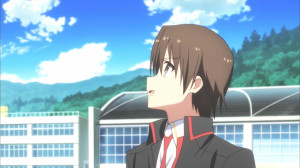 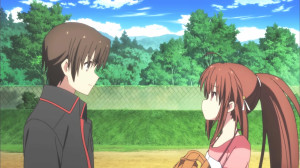 I sincerely hope that this next episode makes things interesting, instead of reiterating that Riki is somehow connected to everything and showing him fumbling around in the exact opposite direction of what everyone wants and needs him to go towards. 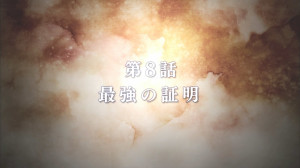 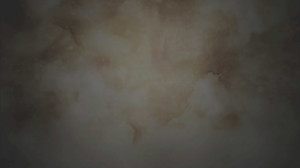 Riki must defeat his strongest friend? Is that Rin? Is that Masato? Or is it Kyosuke? I guess we’ll find out next week.