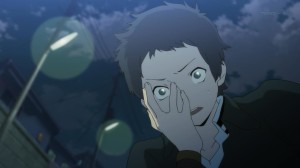 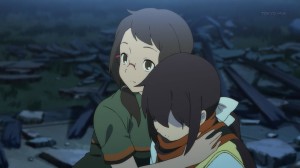 Well there goes the whole feeling sorry for Hime because her friends were hiding things from her and leaving her out because she was human. I mean after all that defensiveness she was hiding as much as they were. I mean maybe it was an interesting idea to hide the fact that she’s a youkai so she could experience things from two perspectives and become a better mayor. But in what part of that does that mean she can’t tell her friends the truth? “Oh hey, I might have had one of my major characteristics wiped out, sorry for messing with your memories.”

I don’t know, personally I’d be a little annoyed there. Sure she was losing some connection with Akina and the scarf, but still a bit of an extreme action to take. It’s not like she needed to lie to the town in order to become a better mayor. Oh well in the end I guess it all evens out. They didn’t tell her about the apocalypse she didn’t tell them that she wasn’t human. Of course in reality any idiot should have been able to figure that out. Akina’s abilities are strange, but they are more mystical so it kind of works. But Hime is going all martial arts master on monsters beating the crap out of them. Less likely to buy that she’s a pure 100% human. Certainly also explains why her grandmother was eventually tuned. Not going to tune pure humans often unless something extreme is going on. 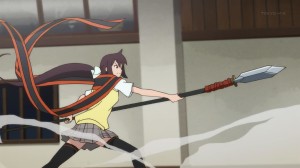 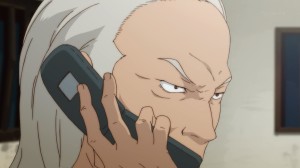 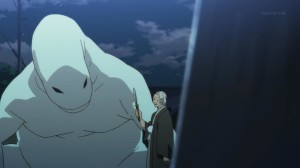 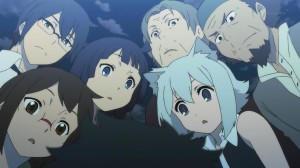 As to the episode itself…yeah things are pretty bad right now. This guy has put the whole town under some anti-youkai field which is kind of a problem since Akina and Kotoha are the only ones not affected by this. Luckily Yae decides to once again break the rules and help them out by lowering their youkai abilities. Makes them weaker, but lets them not be in agony the whole time which I suppose is a win. Does leave them at a bit of a disadvantage though since they only have one half-youkai in Kotoha while the other side has this giant monster and some super strong guy. Someone I’m sure Kyosuke could normally handle, but right now just can’t do anything against.

On that note I wonder what that monster is. Half youkai sure, but what on earth is the other half? Salamander? Anyways things are a bit tight right now since Hime is out of commission for an hour and the need existing to get rid of this anti-youkai barrier. It’s kind of funny that Hime was actually doing well against that weird creature until she tried that stupid final technique. You’d think at some point someone would have told her that doing a big spin move while you have a huge scarf draping on the ground isn’t a good idea. Not that she can’t pull off the move, but she can’t do it unless she either takes off the scarf or shortens it.

Here’s hoping this Dragon Spear isn’t the important part of the “be loved by the dragon” line since it’s pretty broken right now. Probably isn’t. Maybe Hime herself is the dragon or something like that. Though if she was you’d think she might already know about that. Might sound like I’m being hard on Hime this episode, but trying not to be. She had good moments in the episode. 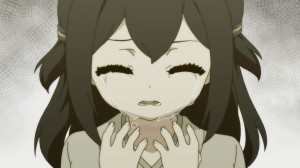 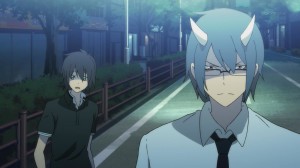 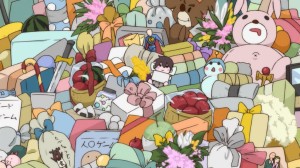 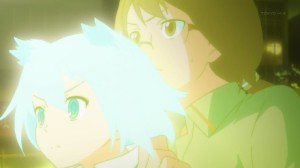 The scene with all the get well gifts being shown was nice. No shock that she’s a pretty popular mayor. She’s cute, fun, and works hard at everything she does. Not sure why she wouldn’t be appreciated. Sure she might get compared to her grandmother now and then, but that’s just how things go. I’m not sure how resting an hour will make much of a difference, but I’ll trust the medical professionals in this case. Right now she can only do so much anyways while that field is active so might as well rest while it’s possible to.

The flashback scene was also pretty nice. Shows how far back that friendship between her and Akina goes. Him being the one who gave her the stupidly large scarf that remains precious to her even now. I suppose a scar is a pretty traumatic thing for anyone, but especially one over the neck on a little girl. I don’t blame her for being upset at that and give Akina props for coming up with a solution. Covering it up at least made Hime feel better and that’s just fine.

Kind of funny that despite Yae getting punished the other god doesn’t mind bending the rules either. I guess since his…servant was also being affected by the field he wasn’t feeling interested in playing nice. Though huge props in the episode goes out to Ao. Her powers have been weakened by Yae so it really took a lot of effort to scan as much of the city as she did. Pushed herself right to the point of exhaustion, but it paid off. They at least know where to go and the counterattack can hopefully begin soon. 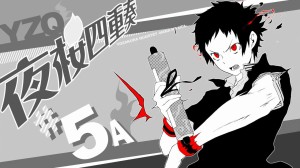 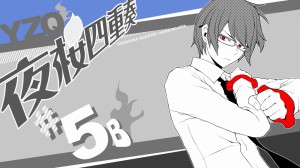 Overall a nice enough episode. Got some good revelations about Hime and her past, the town is certainly at risk, and are set up for what should be a nice conclusion to this current situation. I’m looking forward to seeing Hime return to the scene and help save the day. Maybe they can also save that girl while they are at it XD.
Score: A-