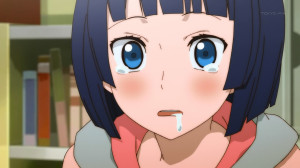 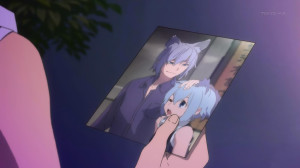 I will say that overall this was a pretty serious episode. Not that the other ones didn’t have bursts of seriousness, but overall this was pretty consistent outside of the first few minutes. Certainly revealed a lot more about Akina’s past and abilities, but also focused pretty heavily on the siblings Kyousuke and Touka. Certainly making a point yet again that it’s not that easy being youkai and living among people.

It was a good background episode and one where we could finally start to wrap our heads around Akina’s character. He’s been very much a background guy for the first two episodes, certainly important in some manner but not actually showing that. If Kotoha’s power is one heck of a flexible power that can be good or disastrous, Akina’s is a power that is very much focused on one thing. It boots youkai out of this dimension and into another one. A power that the clan can’t help but treat as murder though you aren’t necessarily killing someone, just making it impossible to ever meet them again. 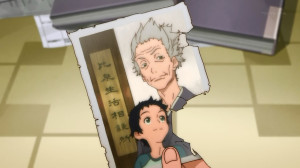 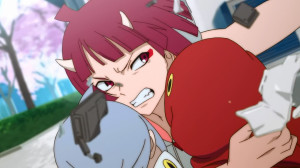 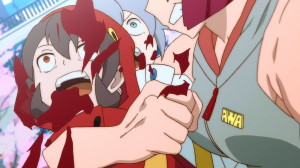 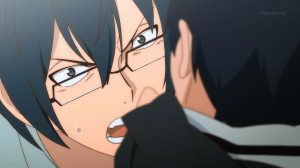 Will start out commenting about the WTF moment that occurred midway through the episode. I mean…damn, they had me flipping out for a moment there. Certainly it shows that saving people with super strength isn’t actually all that easy when you think about it. I mean Touka stopped the car but that caused damage and being unable to control her strength lead to her using too much force squeezing those she was trying to save. Thank god those kids were vampires or this might have ended in tragedy. Wouldn’t be able to laugh it off if they were normal kids. I figured they might have been odd kids, but wasn’t sure they could survive that! Geeze, that gave me a good scare though it certainly set the tone well enough.

It’s just dangerous for youkai even if they are as careful as could be and even if they have precautions. Accidents can happen even with all that preparation and caution. Makes you wonder just how they are supposed to get by with all that stress hanging around. I can certainly understand how Kyousuke could get overly frustrated and angry, but it’s not like it does any good. It’s not like he and Touka really want to be sent. Which made his actions all the more frustrating since it’s really “what do you want here?” Obviously doesn’t want his sister to be suffering and being unreasonable on that note is somewhat understandable.

Still, can understand how Akina doesn’t want to actually use that power if he can at all help it. Mentally it is akin to killing and why would he want to lose precious friends? Tuning is an easy way to get rid of a problem, but long as they don’t know a thing about that other dimension how can he really use it? Who knows what kind of situation he would be sending them into here. Belief that it’s the right thing really can only take you so far especially in Akina’s situation. So of course he works at this Counseling Office and does everything in his power to avoid using that tuning ability. 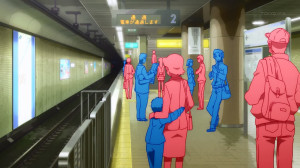 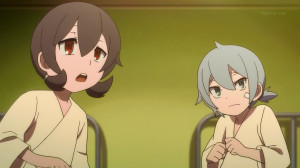 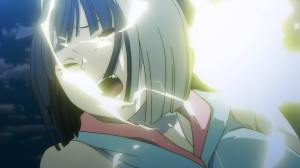 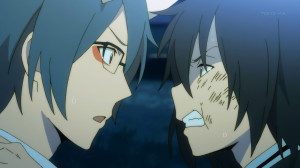 I have to wonder what Akina’s face is made of though XD. I mean damn he took a pretty serious punch there and managed to get through it without dying. I suppose it was good for him and Kyousuke to just have it out. No matter how bad things gets he’s not going to let go of his friends that easily. Even if it’s a dangerous balance and things don’t always go smoothly he’ll hang in there with his friends since that’s what matters to him.

A pretty serious game being played though with pushing Kyousuke like that and threatening to tune Touka. I suppose it’s just a reminder of the reality of the situation and where Akina doesn’t want to stand at the end of the day. It all worked out though and I suppose that’s just fine. Touka at least got a bit of fun in there by talking about Akina taking responsibility. I’m sure she’s really wanted to do that….but maybe not the right situation for that to make sense. Can’t take much responsibility if she’s sent off to another dimension XD. Clear enough though how stupidly in love with Akina Touka is and how dangerous that can be. Even just an outburst from embarrassment could be fatal here. 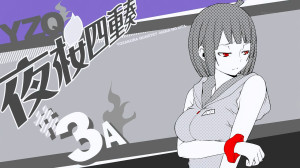 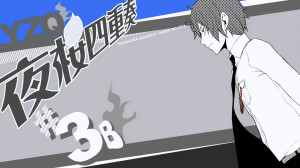 Definitely a good episode even as it only really focused on Akina, Touka, and Kyousuke. Sometimes focus is good and in this case it worked out pretty well. Have a much clearer picture as to what kind of guy Akina is and what he’s had to carry all this time. Also have a good understanding of the town in general and why all the youkai are gathering there. It’s a place for tuning, but can also be a place for everyone to live.
Score: A-