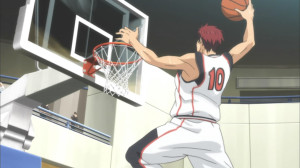 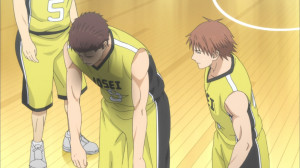 We finally get an actual basketball match this week, and I have to say, its good to get back into the action. Nothing too amazing happens, as Seirin faces off against a newcomer to the series, the ranked 3rd team in the preliminaries for the Winter Cup, Josei. 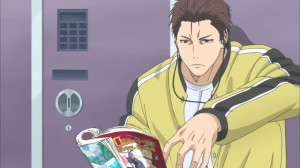 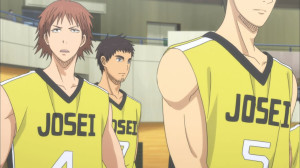 Not much to say about Josei. They had some weird kid that likes Heavy Metal music and Gravuare magazines, and the rest of the team was pretty forgettable. One of those standard opponents that Seirin had to face before they went against the big teams. 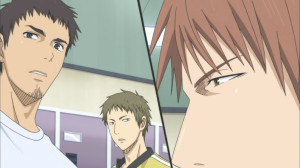 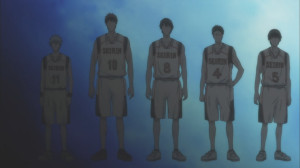 For those who haven’t kept up, the anime rather openly beats the audience on the head with the information that Seirin’s inside has always been kind of weak. Since Teppei is the new center, he turns this weakness into what is now their new strength. 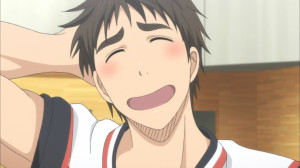 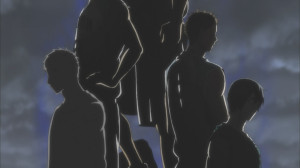 More interesting to learn is that if not for the Generation of Miracles, Teppei and a bunch of other students would’ve been considered the prodigies of their era. I can’t say I dislike this idea of two tiers of talented atheletes in middle school, but it did feel like a bit of a cheap way to show everyone that Teppei was kind of awesome. 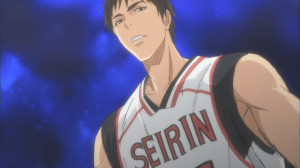 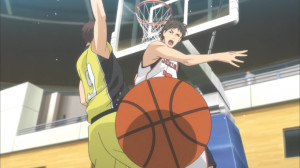 In fact, most of this episode pandered to the idea that Teppei was awesome. It was more along the lines of: “Hey look! Teppei is awesome! He’s an interesting character and he’s kind awesome! Did we mention that Teppei is almost as good as the Generation of Miracles?” 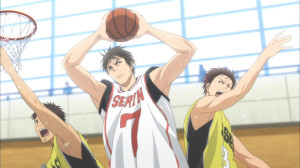 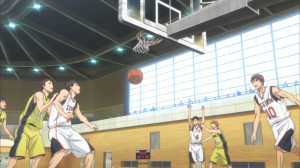 I felt like there wasn’t a need to keep repeating the idea, and I think the match itself could show that Seirin has clearly gotten better. In fact, it was rather obviously shown that Teppei was the final piece of the puzzle that is Seirin. 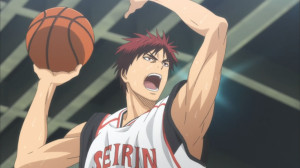 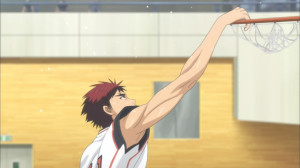 On an unrelated note, we got that rather out there scene of Kagami breaking into the realm of the Generation of Miracles this episode as well. I’m generally pretty excited about Generation of Miracles stuff, since that whole idea is kind of the mythology of this show and story, but its getting the point where even I’m kind of raising my eye brows at how silly its becoming. 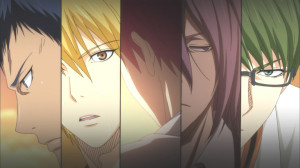 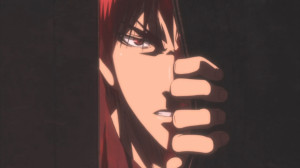 All members of the Generation of Miracles suddenly sensed, at that moment that Kagami was suddenly making his way to where they were? Kagami literally breaking some kind of metaphorical door open? Gotta hand it to Kuroko no Basuke, its not even remotely subtle about anything this season XD 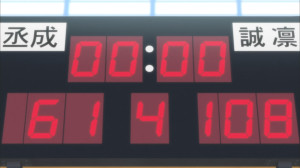 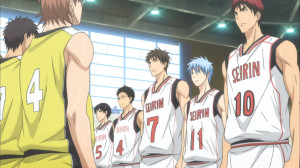 In the end, Seirin won the match and advanced. They’ve gotten a lot stronger and really come together as a team. It remains to be seen what happens when they come across the other Generation of Miracles teams, and especially since all of them except for two are in the preliminaries.

I’m wondering if we’ll even ever get to the Winter Cup, since the preliminaries themselves feel like they have enough match ups to fill this season in terms of content. I guess for now though, I’m looking forward to the next big match. 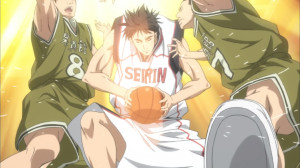 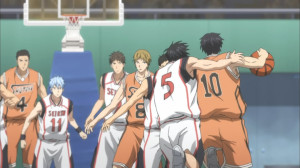 We continue with the preliminaries, and next up is Shotaku eh?