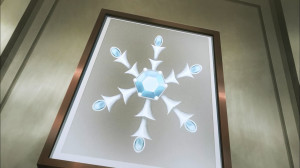 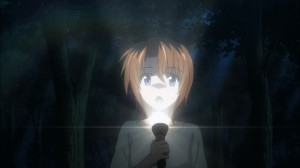 I’m starting to think the name thing is just a common issue in this series XD. Kind of makes Kouko’s bad name issue vanish when Banri has the same problem. Although picking on Banri for not getting Linda’s name right seems a bit mean. I suppose it means these two are destined to be together though. People who mess up names together….well actually probably aren’t that popular.

Can’t say I expected that circle to be a big cult recruitment. Banri really has crap luck with visiting clubs. Maybe he should just give up on clubs entirely? They certainly gave some hints that things were going to be trouble though. That they arrived all wearing the same outfit was a bit odd, but wanting everyone’s personal information made me think this was going to be trouble. That kind of thing goes past the whole casual aspect of this supposed outing. Then you had the necklace thing which was a bit weird and then the fact that they blew past the seminar house. At that point you knew they were in trouble, just uncertain as to what kind of situation they had gotten themselves into. 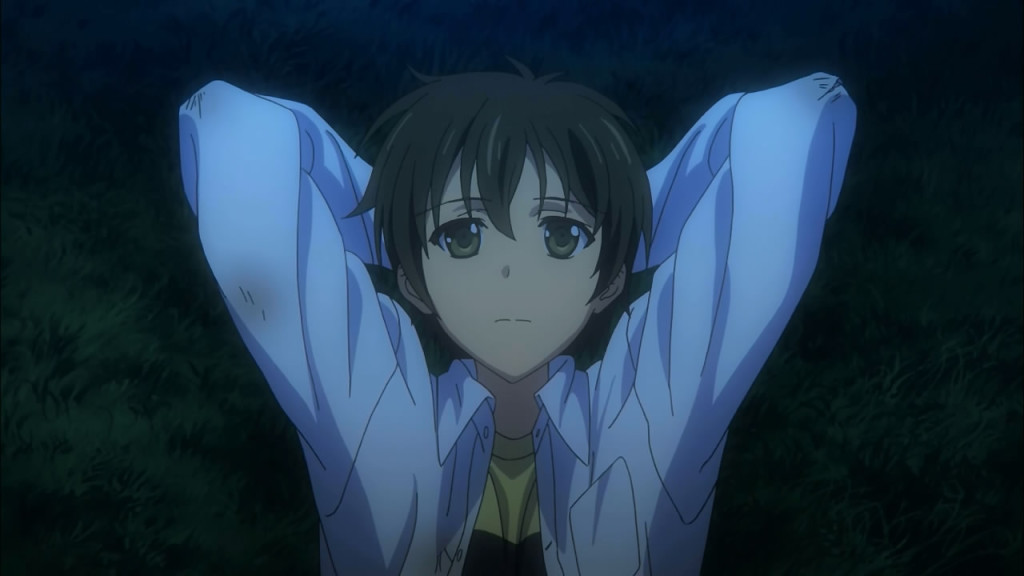 Surprising past for Banri

Honestly I liked this episode because it gave Banri some backstory and explained some scenes. Amnesia has been a cliche thing in the past, but frankly I don’t see it overly used much anymore so maybe it’s time to bring it back. Plus I didn’t feel like it was cheaply used. The moment he told the story the first time I was pretty sure he was being honest. The best way to make a convincing lie after all is to actually use the truth. Also I feel like Banri touched on something I’d wanted to see from other characters suffering from amnesia. A real uneasiness about becoming who they used to be and the fact that they are practically a different person now. You lose your memories and everything that used to define you. Physically you are the same person, but so much of what we are is made up of our experiences. Losing that pretty much makes you a different person entirely. It’s like the old Tada Banri is dead.

The talk after with Kouko really showed that this guy has some depth. He’s not just some generic male lead, but a guy who is making a fresh start. Probably came to a school all the way out in Tokyo to get away from everything that defined the old Banri. Away from his parents who are probably conflicted about how their son has changed, away from friends of the old Banri that he didn’t want to see, etc. Understandable that while he wouldn’t mind getting his old memories back and having them added onto his current self, he doesn’t want to lose the him that exists now. That would be like the current him dying so the old Banri could come back. This little chat should certainly have some impact on Kouko. 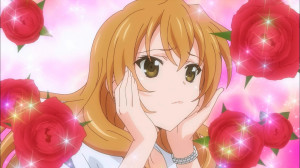 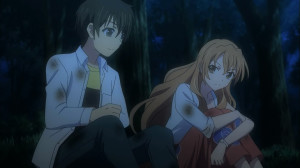 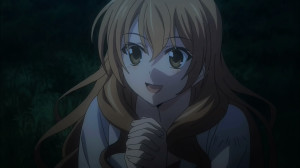 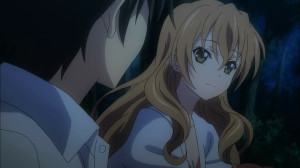 This episode was good for continuing Kouko’s character development. I like how she decided to stick behind with Banri. Although it did throw a wrench into his wonderful display of sacrifice. Makes sense since she did feel like this was all her fault. No matter how much Mitsuo matters to her, there’s no way she could just leave Banri behind to possibly be indoctrinated by a cult. Plus having them both volunteer to stay behind did create the opening needed to escape.

So no shocker, but Kouko isn’t over Mitsuo. I kind of like that some of it actually was an act so it made his suspicion valid. Becoming friends with Banri in order to get information about Mitsuo actually makes her more relateable. Not that it’s good to use people, but at least it makes her human. Plus while 90% of it was about Mitsuo it appears that Banri has earned himself a nice 10% of Kouko’s heart already XD. Hopefully we can keep getting percentage updates to know where he stands.

It was good to get some backstory between Kouko and Mitsuo. She’s really conflicted here. She knows how stupid she is for chasing this guy that is ignoring her, but at the same time she can’t stop it. Kouko has been with Mitsuo for so long that she’s utterly dependent on him for her very existence. She’s built her whole life up around Mitsuo and if she’s not with him that just collapses. Makes a fitting symbolic couple with Banri since to give up on Mitsuo would be to lose the Kouko that she feels is her real self. At least she didn’t always intend to beat Mitsuo with the roses. That snapping might have been the start of her letting go of him. That he was so happy away from her with Banri just made her snap. It’s understandable that she’s not ready to give up on him yet. But at least there’s room to grow and it will feel more natural than “ok I’m instantly over Mitsuo.” 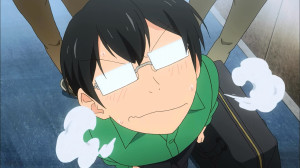 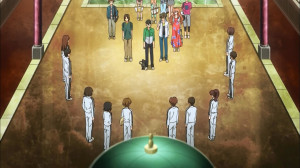 That cult was just full of psychos. How indoctrinated are these people that they don’t recognize the rejection as the same thing they did before? Of course freaking out on these people isn’t going to do you a lot of good. They are used to it and will focus on those rejecting them the most with even more brainwashing. They’d probably turn someone from that group into a new member and the rest would be threatened since they have their names and addresses. Banri did good to take advantage of the situation to help get most of the people there out.

All I’ll say to 2D-kun is that he better not think too much about Kouko. Already gave up on the 3D world after all XD. I will say I didn’t expect that guy to be a recurring character. Friendship through torture from the Tea Club I guess. Seems like a good guy and hopefully he gets later what Banri did for them. At least wanted Banri to come with them though that wasn’t possible. If they couldn’t recruit anyone they would pull them all back in for more indoctrination. 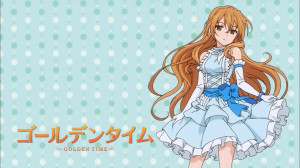 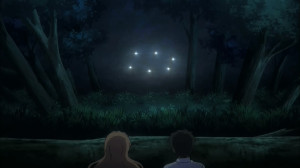 This might be my favorite episode of the series yet. It answered a lot about Banri’s past and helped flesh him and Kouko out. Hopefully for Linda’s sake Banri can remember her name. I’ll also just throw out my theory here. Maybe Linda was Banri’s girlfriend, or at least the closest thing he had to one. He lost a year because of his rehab so makes sense she’d be a year ahead of him. He ran into her when he left the hospital that one time and the encounter was so shocking that she didn’t go to visit him. Maybe she felt that this wasn’t the Banri she knew. Of course it’s all just a theory and maybe next week we’ll get a few hints as to the truth.
Score: A