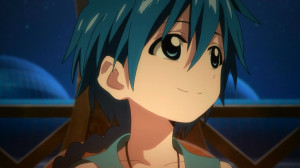 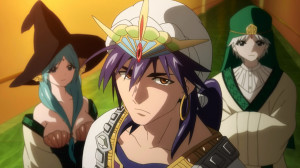 This was really a nice second episode for the new season. I liked how it just focused on everyone figuring out what they needed to be doing right now and just fleshing out the relationships between the characters. Focusing on pairs that you might not have considered in the first season and showing that you don’t just have to focus on the same small circle of characters. There is a good cast being put together here so might as well show them off a little.

I think Aladdin had the proper view when it comes to Sinbad. Honestly the closer you stay to someone like that the more likely you are going to get pulled into his sphere. Not only because he’s actually trying to gather as many cards as he can, but also because that kind of talent and overwhelming presence just absorbs everything near it. It might not be wrong to stay with Sinbad, but if you do then you’ll just become one of his pieces. Even if it means scattering to the four winds it probably is best for now that they all go on their own paths and find their own way. Of course it really doesn’t help that Sinbad is a pretty conniving guy. Goes to show how much people can change. Having gained something like a country now he’s willing to do anything. Whether it’s manipulating people’s feelings or exerting pressure. Not a guy that’s safe to be around for too long unless you actually want to follow him. 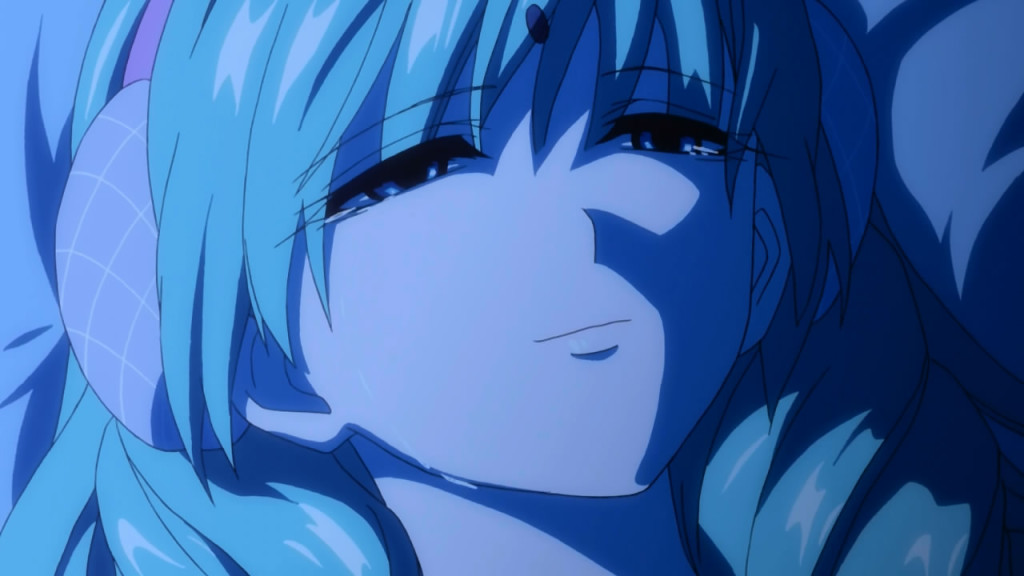 It makes sense that Aladdin feels like he needs to make this journey. He needs to go to Magnostadt for a variety of reasons. Of course as a magi he still isn’t comparable to the other ones out there. He needs to improve his magic and truly become a force in his own right. He needs to become someone that can support Alibaba on his path. Not to mention he needs to see this country for his own sake. Seeing what happens to a nation when it creates that kind of division between the magicians on top and the people below. He already saw the slave nations out there and now can see this kind of class division. On top of that he can find out more about these dark djinn vessels and after the death of Dunya that’s something that really matters to him.

As to Dunya…I’m certainly going to miss her more than I thought. When it comes down to it she was a victim. Her country ruined, lives lost, and then manipulated by that kind of organization. Though it doesn’t change what she’s possibly done along the way, but it does make it easy enough to sympathize. In the end Aladdin was the only person she could really call a friend. She will certainly be missed by Aladdin and she didn’t have to die alone. Just another loss in that horrible struggle and a reflection of what will happen if things remain on the course they are on. 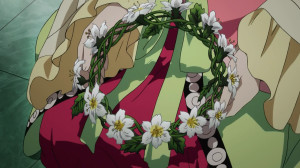 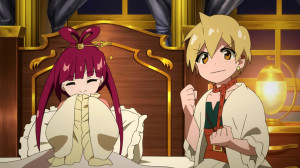 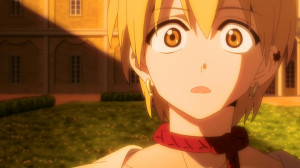 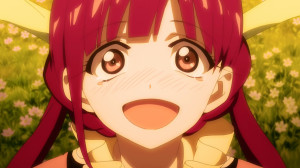 What has been interesting though is how the series is letting things diverge a bit in regards to the expected pairings. Not that these things are of primary importance in a series like Magi, but hey it’s worth talking about a little. While a lot of the first series was hinting at Alibaba and Morgiana it’s not like that isn’t the only way things might turn out. In the end there is actually a few things that Alibaba and Kougyoku have in common. Their backgrounds are actually surprisingly similar and they both have that street experience in their pasts. Certainly she spent more time with the Kou royal family, but it’s not like the past is ever really forgotten. Especially when you are moving into that kind of elite environment. A place where you just don’t feel like you quite fit in because of your background and just how some act around you.

That conversation near the end was also nice just to see how she does understand the reality of her situation. No matter how Sinbad acts she knows that he doesn’t take her seriously as a romantic partner. That it’s a first love that she followed all the way here. Still, she’s trying to find her way in the world. What it is that she’s really suited for and is meant to be doing. It may not quite be just being a warrior or getting married politically, but something else entirely. I’m looking forward to seeing where this friendship with Alibaba goes. It helped spark him to begin thinking about what he should be doing right now. If at the end of the day those two ended up together it wouldn’t be a bad thing. Kougyoku is a good person at heart and certainly on some levels as naive as Alibaba can be XD. 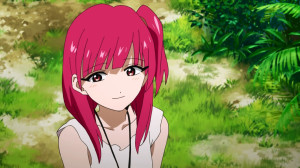 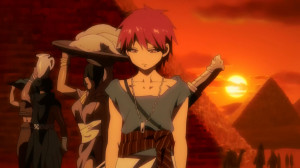 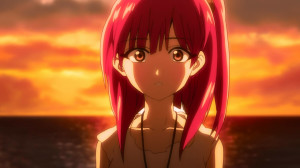 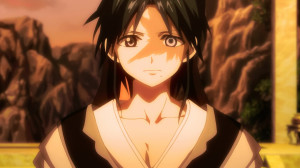 I also liked that little conversation between Morgiana and Hakuryuu. Both of them certainly have some painful pasts though quite different in how things turned out. It’s understandable how Hakuryuu wants to destroy the Kou Empire because of its association with Al-Thamen. Actually telling Morgiana something he didn’t even reveal to his sister. Though maybe because she just gives that feeling of someone that would understand. In turn he got to find out more about Morgiana and certainly received a shock when hearing about her slave past and how there may be none of her kind left in their homeland. A nice guy at least trying to convince her not to give up on ever seeing family again. It’s a big world out there and even if it means they are slaves somewhere, they could still be alive. Maybe a bit cruel if she never finds them, but at least there is some hope that she might not have thought about considering the fact that she really can’t even remember having family.

At least it has become clear what Morgiana is going to do. While becoming stronger is key, right now she needs to go visit the Dark Continent. She needs to see her homeland with her own eyes. Maybe like Masrur she’ll just lose a longing for it, but maybe she’ll find something that will light a fire inside of her. She already has a powerful disdain for slavery for obvious reasons, but maybe she’ll find a path that will lead her to want and get her people back to the land they’ve been cruelly pulled away from. It’s certainly worth her going to take a look.

I’ll also just say the showdown between Sinbad and Kougyoku was pretty entertaining. It goes to show how far Alibaba has yet to go in mastering his own power. These two were pretty insanely powerful. Sinbad obviously is still a level above, but I agree at sea she would be a pretty powerful force. That certainly gives the Kou Empire an advantage at sea in any battle she’s willing to take part in. It was a nice and flashy battle and we got to see a couple of Sinbad’s djinn equip forms. He is a guy who managed to clear several dungeons. Also have to comment on the personality shift when Kougyoku takes on that form. She was getting a bit crazy there. Even with her best move cancelled she was so obsessed with continuing to fight. Nice girl, but a bit dangerous when she goes all out. 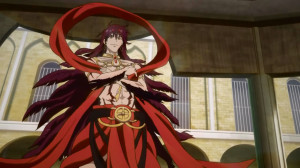 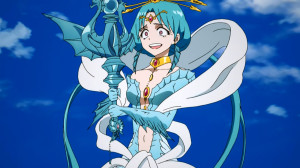 The only question is where Alibaba will go. I don’t think he’ll just stick around with Sinbad now that everyone is finding their own path. While we may want to see the cast sticking together, sometimes the only way to grow is by going out alone. It’s too easy to just rely on someone and become stationary. They will certainly meet again and that’s a good enough reason to just relax and wait for that time. This second episode really has given me a good feeling for where the series is going to go and for that I’m relieved. As to the potential shipping, personally I’m still plenty behind Alibaba and Morgiana, but I’ll let the series have a bit of fun teasing other possibilities if it wants.
Score: A