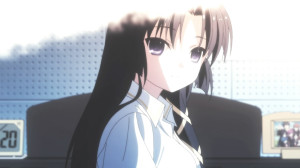 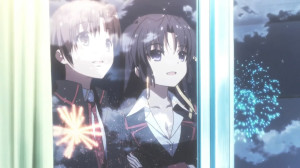 When Masato turns 21, he’ll become Masato loli! That was the one phrase that stood out to me the most as Little Busters! Refrain delivered a flurry of hilarious moments, before diving into what is the crux of the story. 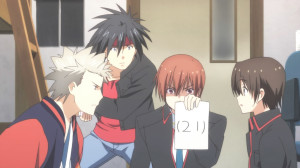 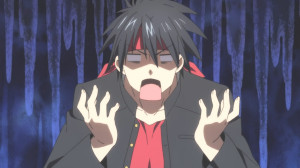 And so, it finally happened! The time loop thing was more or less confirmed this episode, as the whole story and issue of both Riki and Kurugaya came to a head, and with it, we got our first true instance of a time-reboot of sorts. 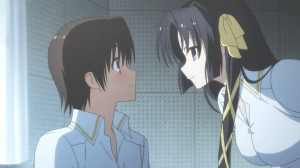 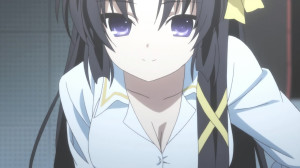 I have to say, I found the romantic developments between Riki and Kurugaya plausible, but definitely under developed. It certainly felt like we had been missing a big part of the picture, and yet Riki definitely had feelings for her and was attracted to her. In a light novel adaption, where there’s multiple paths, going this direction isn’t exactly a bad idea. There certainly doesn’t seem to be a way to literally adapt each girl’s path (and pull an Amagami SS) so giving a brief notion of the idea that Riki could have been interested in any of the girls was a welcome idea.

Riki and Kurugaya don’t exactly look bad together, even if there is a sort of “older woman and young guy” vibe to it. What is shocking, and gave me a bit of a shock, was how little time had actually passed in terms of “cannon”. The Little Busters forming, and all these people joining had only taken place in the span of 1 month. For the amount of things that happened, that’s a pretty eventful month indeed. 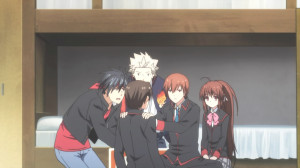 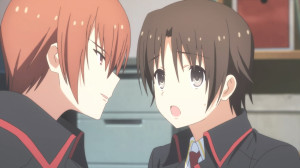 That said, despite the ever budding interest between Riki and Kurugaya, the thing that made the least sense was how conveniently things went in that direction. The most suspicious person in this entire scenario was again, Kyosuke. Beyond delivering what is one of the series most funniest moments, Kyosuke made everything happen just the way he wanted to with scary precision. 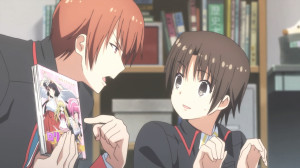 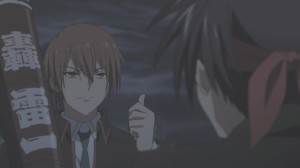 The fireworks happened when it stopped raining, and added to that, his text message came to Riki at just the right moment. It pretty much seemed like we might get a Kurugaya x Riki story arc for a little bit, but just as that happened, nearly everything was retaconned in a matter of seconds following that. 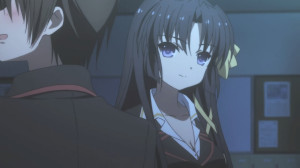 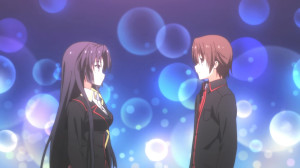 More interesting to note, was the obvious jealousy that permeated from within Rin as she saw Riki clearly being interested in Kurugaya. Not only that, but Kyousuke seemed to be pretty aware of his little sisters feelings, but yet pushed Riki towards Kurugaya for some apparent reason. 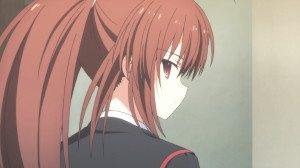 The scene at the end of the fireworks show, with Rin sad and alone walking into the darkness was quite heart breaking and also a bit creepy. Its no mystery that she likes Riki, and that Riki and her also may have shared some romantic connection at some point in time (one of the many time loops?).Yet its interesting to note that, as soon as Riki moved towards another girl, the time reset happened. 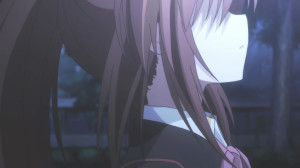 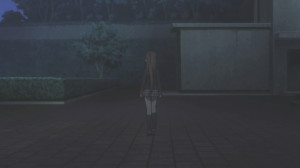 Could Rin herself be the actual reason time continues to loop? Its possible. Yet, much like last week, things edged closer at a very careful pace, with only a bit of the world’s mystery being addressed. 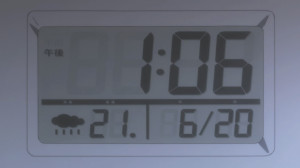 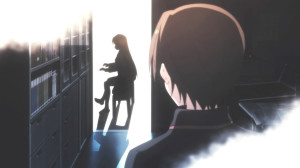 Yet, now at least, Riki is fully aware of what’s going on, and it remains to be seen how he will act as a result. The next day ends up being the 20th 0f June again, and everyone but him seems to be unaware of it? His wish of wanting things to continue forever has been granted, albeit in one of the most twisted ways.

The plot definitely thickens, and I’m excited to see where this series is going from here. Expectations are increasingly high as far as this series is concerned, as it is very carefully building up to what will be a really climactic moment. This makes me both excited, and frustrated, as there is yet another week of wait before we get more answers XD 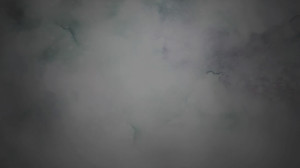 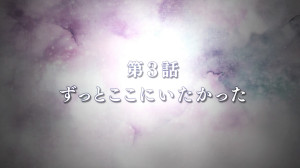 Seems like the idea of “these times going on forever” is being tackled in full force next week. See you then!