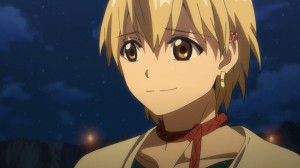 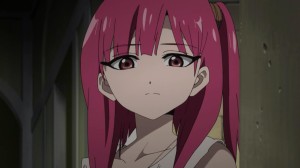 If there’s a comfort to be found in a second season it is that you have a good grasp of the characters and can just carry on from where you left off. That’s pretty well the case with Magi since we are seeing the aftermath of the huge struggle at the end of season 1 and how our main cast are trying to figure things out for themselves. It is nice to return to a familiar group though I personally hope that this second season of Magi can keep its quality from dipping and avoid the need to force character development.

Not to dive into the first season too much, but I think how they handle Alibaba’s character will be critical. They went way too far trying to make him more emotional or conflicted and came off as him being a really weak character mentally. I haven’t read the manga or anything, but I just want them to tell a story well and don’t get too caught up in trying to spice things up here. 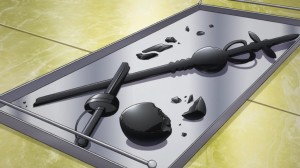 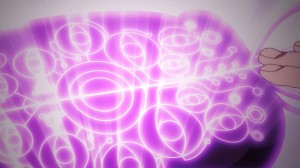 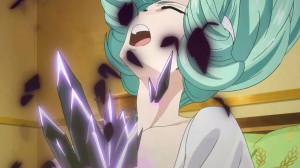 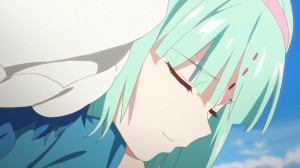 Otherwise the episode was pretty solid all things considered. I won’t touch on the start of the episode. Just another series that throws you apparently way further into the series to make you curious about how things will end up like that. Of course also takes away some mystery since you know where things are going, just not how they are going to get there. Right now the cast is just trying to figure things out. The current emergency has passed and now Alibaba and company are just trying to figure out what to do from here. There’s no clear goal at the moment to chase. They have an enemy, but that enemy is pretty vague and not so simple to go after. Not that they could take on something like that alone anyways. Of course it appears Aladdin has decided to go on a journey and that should spark everyone else to get moving as well.

Clearly Dunya is in a lot of trouble and may not survive for long. Honestly, I was amazed that she was still alive at the end of the first season. You can’t really do all that to yourself and come out of it alright. Of course she was used and manipulated and that only makes her situation more tragic. At the moment her life is in serious jeopardy and no one in Sindria can really help her. That in itself will probably push Aladdin on going on this journey. Magnostadt Academy clearly has a connection to the dark vessels and their enemy. Whether it’s a full blown alliance or just part of them are being manipulated is hard to say at the moment. But perhaps there Aladdin can find out the truth and even better maybe he can improve his magic enough to help Dunya out before it is too late. 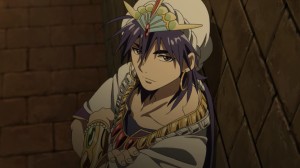 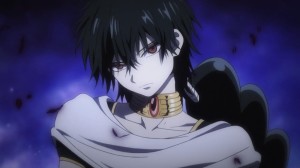 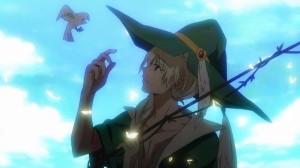 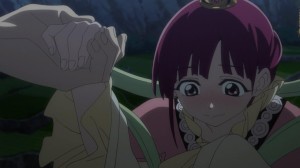 No surprise of course that Sinbad is plotting. Even he has realized how much he’s changed from the young idealistic adventurer who became King. Now he’s got responsibilities to his kingdom, a struggle against various major powers and his own ambitions. He’s lost that innocence and now will play whatever role he needs to in order to gather more power. He clearly wants Aladdin as his countries Magi which would give him more power and influence. If he can take advantage of the princesses affection for him as well that’s another card. I feel bad for her since she’s just a young girl who doesn’t have enough experience to know better than to fall for someone like that. I don’t think Sinbad is evil, but he’s clearly not a good guy either. Maybe a person can’t be just good when they have a Kingdom to support. Certainly manipulating people like that is rather tasteless. I don’t appreciate it, though I can see how Sinbad has gotten to that point and feels it is necessary. I guess you can just call him a gray existence.

I’m curious to see what role the other Magi will end up playing in this season. I mean it’s a pretty wide divide we can see between them. Judar being so closely tied with Al Tharmen makes him an uneasy existence. The other two are just purely mysterious. The Magi who made the first dungeon appear and one who has been supporting a single empire for hundreds of years. Lot of mystery although you could say Aladdin is just as mysterious. Thrown out into the world and his role still uncertain. 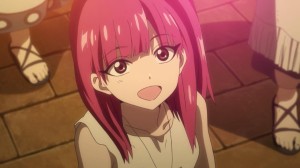 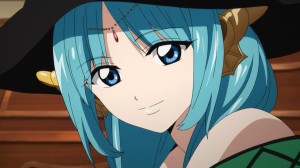 Overall it was a solid first episode. I’m curious to see how the story evolves and how split up everyone is going to get. It could get pretty extreme since for all I know everyone splits up and we only see them together again at the climax of some arc. At the very least I’m glad to see this cast again. The various bits of ship teasing, Aladdin being a complete pervert, and plenty of laughs to be found when the moments are lighter. Should be a fun series to watch once again.
Score: A