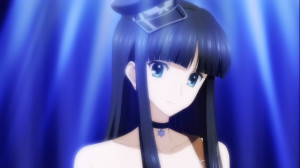 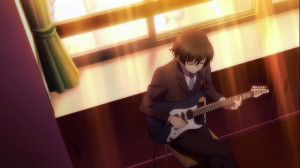 Sometimes being attached to a name can be a good thing. Be it games or anime having that brand name can get you attention and make you stand out. At the same time it can be an anchor that could sink you. Honestly if I watched this first episode never having heard of White Album I’d say it was one of the stronger first episodes of the season to this point. Honestly this series had a good solid base being constructed on which a good series could be built. I actually hope people give this series a few episodes since it might just prove itself good in its own right. If Golden Time takes the honor of potential top romantic comedy of the season then White Album 2 might take the spot of serious romantic drama of the season.

Most who saw the first White Album series can remember the down points pretty clearly. It was a series that honestly annoyed the hell out of me. Its main character made me pretty frustrated and ready to throw a punch at my monitor a couple times XD. Luckily the fact I have little money reminded me that was a bad idea…This series on the other hand seems to have a solid cast to work with. Honestly Haruki seems like a really good guy. Someone who practiced his ass off with his guitar and is just a helpful guy. You can see him frankly doing more work than the actual student council president when it comes to this festival. He has no real reason or obligation to help them out, but he does so. Even as his band was ripping itself apart he just kept on practicing, the backup guitarist that wasn’t so important but was in the end the only one left. Can be a bit meddlesome and can preach at people, but not the worst qualities in the world. Kind of continuing this seasons theme of solid protagonists. 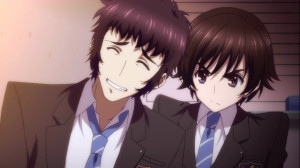 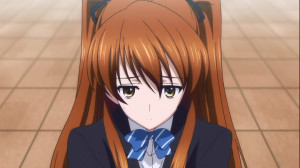 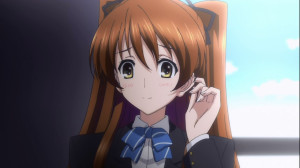 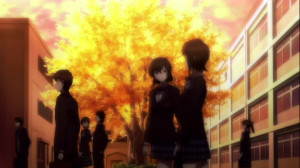 This episode pretty much just let us know what we were getting into ahead of time. A brief snapshot of the festival he’s going to perform in with the ladies that will dominate this love triangle. Setsuna and Kazusa are going to be key and you can predict a lot of heartbreak is going to come from this series. But at least I can respect that going in since there is no established relationship in the first episode. Neither girl really has any direct connection to this guy so it’s just a situation where you can see the three of them getting close and running into the problem of realizing they are both in love with Haruki and only one of them can be in a relationship with him.

We got to know more about Setsuna and Haruki than Kazusa in the first episode. Certainly it feels like Setsuna is a type who is holding herself back. While she claimed to be bothered by her friends signing her up for that competition before she did seem a bit shaken at the “super idol” comment from Haruki later. Certainly seems like she does have a desire to perform, but maybe some pageant isn’t the kind of stage she wants to be on. Maybe also she’s holding back showing how she really feels because she is bothered by her own dreams and desires. Her interactions with Haruki were pretty entertaining all things considered. Guy ropes her into helping with carrying beams of wood while having a conversation XD.

The only thing we really know about Kazusa is that she plays a great piano XD. I mean it’s pretty much a given she’s the elite performer Haruki has been playing with while he practices. They never really talked, but I suppose that’s a kind of connection as well. Just on a musical level as she changed up her own playing to match his amateur guitar. Can’t really comment on her personality aside from that behavior. If you can judge from actions she seems like a good person on the whole. 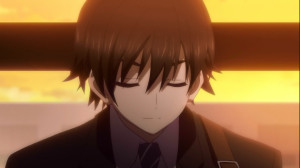 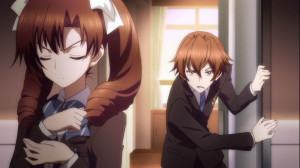 The series visually looks pretty good. The characters are all solid and the main girls look great. The music should be good considering the fact that the main characters are likely to be in the light music club and along with solid visuals it should make for a good base for the story to build on. I can’t really say how it will all turn out, but I think at least this new White Album has the potential to be good. Whether it can escape the reputation the first series made is uncertain, but it can at least try. If there is anything I’m certain of though its that this series is going to have plenty of heartbreak. These three are guaranteed to get close someone’s going to get their heart broken while the other two have to deal with that fact.
Score: A