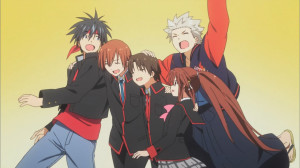 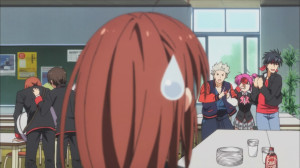 Its really easy to describe how it felt finishing the first episode of Little Busters! ~Refrain~. “What a darn tease!”

The second season of Little Busters! (Little Busters! ~Refrain) is where all the purposed good stuff is coming. You know, the stuff that’s supposed to hit you right in the feels (so to speak). The first episode of the new season though, felt like a refresher for the episodes from season 1, lest we perhaps forget how cheery, happy and at times creepy Little Busters! felt. 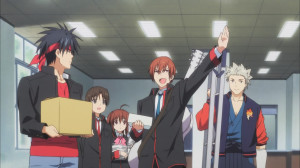 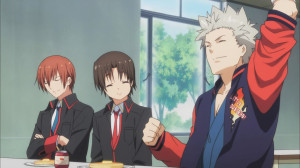 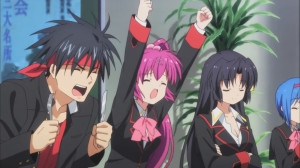 Indeed it was all there, the happy go lucky times, the comradery of the Little Busters! There’s also a lot more of that feeling of something unnatural going on behind the scenes. Indeed, as we’ve known for quite some time now, Something isn’t quite right in the world of Little Busters! Since the preview at the end of the last season I’ve been aching to see the curtain finally lift and reveal the big twist. 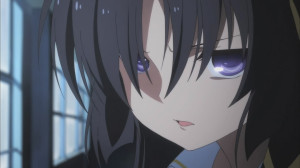 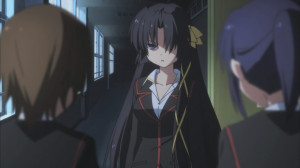 We didn’t get unfortunately, and instead this episode felt like mostly a buildup and a recap of sorts, especially the first half. The second half, things got slightly more interesting. The focus was squarely on Kurugaya this time, a girl who actually didn’t get her own story arc in season 1. It seems like her story will play heavily into whatever mystery is at the heart of this story. 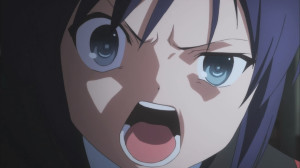 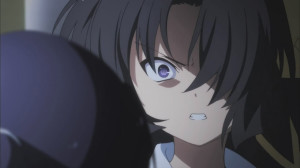 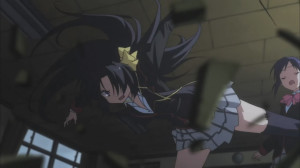 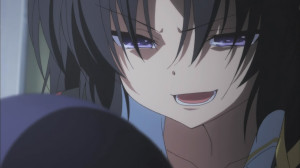 Seeing the two crazy girls go yandere was definitelu creepy, and a big change in tone for Little Busters! What was even more shocking was Kurugaya herself going full on yandere, demolishing a door with her power kicks, and then scaring the girls in the same way Batman would probably scare the criminals of Gotham. We’ve seen acts of bullying before in Little Busters! but the more immediate, darker tone and the more emphasis on actions and reactions was totally different here. The whole issue felt more front and center before, and that in itself signals a sort of change in the tone that this series will be eventually adopting. 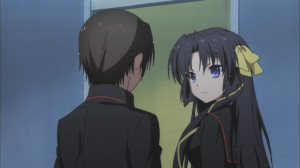 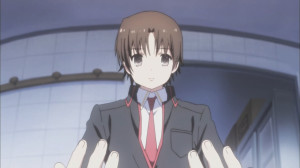 The episode closed off with Riki going to the PA room with Kurugaya, only to have his narcolepsy hit him, and “sever his connection to the world” as he says. Riki went AWOL, but not before remembering that he had been in said PA room before. The plot thickens perhaps? It seems that Riki’s narcolepsy attacks are somehow triggered by his memory of certain events? 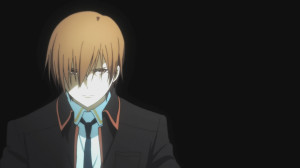 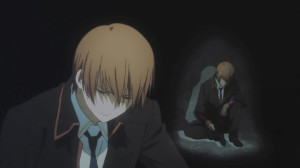 We’re subtly (and not so subtly) getting some hints here. Kyousuke (at the start of the episode) is talking about repeating things constantly, and it seems like the current world of Little Busters! is stuck in some kind of time loop.

Things have definitely happened before, as we got a look at a memory of Riki’s this episode as well, and one that he seemed to have shared with Kurugiya in a rather romantic way. 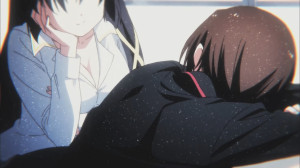 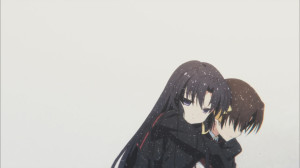 Its worth wondering whether the actual “true past” will be covered by this series or not, my money’s on these individual romance character arcs being covered in Little Busters! EX, which will probably air following this series.

For those unaware, as Little Busters! ~Refrain~ came close to airing, the announcement of another Little Buster series, Little Busters! EX was announced which is based on the Ecstacy version (adult version) of the original Visual Novel. Of course, given that the story is a bit different in Ecastacy, I’m unsure how that bit will be resolved.

For now, the first episode of Little Busters! got us back upto speed. This was one last reminder of how calm, peaceful and happy the gang of friends have been. The last calm before the storm. With next episode, I’m looking forward to the shit hitting the proverbial fan, so to speak. 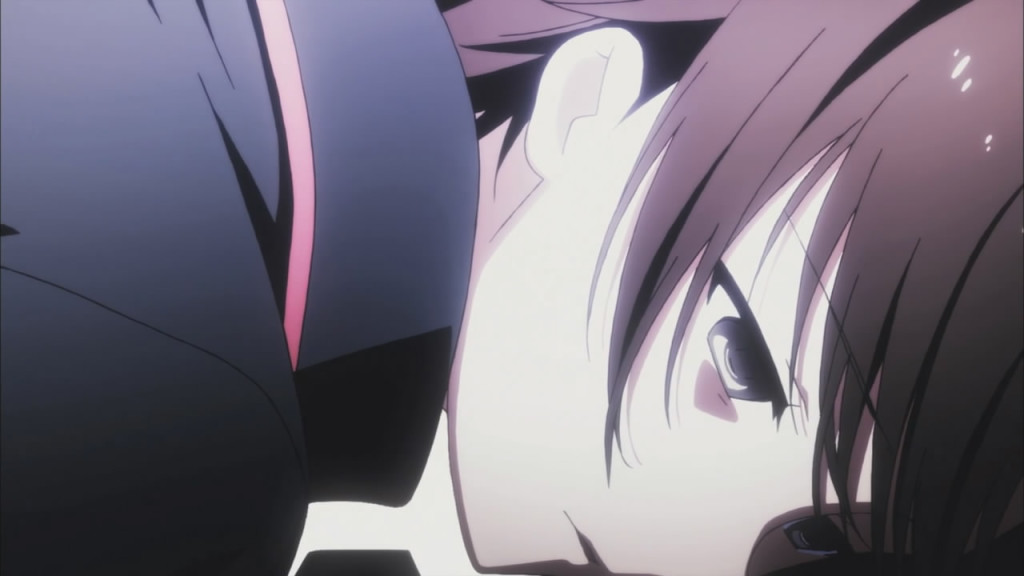 Overall not a bad episode. It wasn’t what I had been waiting for, especially in light of that preview from last season, but I can appreciate the need to build things up a bit before really getting into it. Still, I couldn’t help feel like Little Busters! Refrain was holding back a little. As long as its this one time, I’ll let it slide. XD 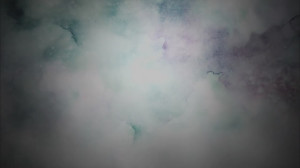 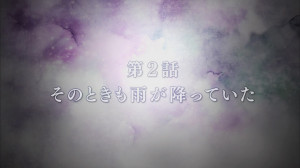 We might be getting into it! That day it was raining as well eh? Very interesting. Here’s to next week coming already!