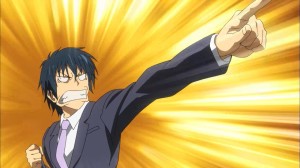 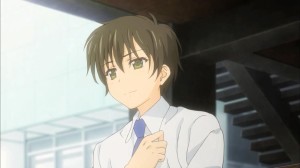 I’ll start out and say that I’m going into this season completely unsure what I’m going to be watching. So many anime have wrapped up with this past season that I’m pretty open as to what is going to happen this fall. For now I’ve decided to give first episode posts to the series that stood out to me in some manner and from those I’ll figure out what I’m blogging full time this season XD.

The fun of a new season is just watching a ridiculous amount of first episodes to try and figure out what you like. There is the 3 episode rule, but with so many series you have to pear down a little to even decide what series will get that many episodes. So first episodes really are important in giving a first impression. I’ll say right now that Golden Time did a great job of giving that kind of good first impression. This wasn’t a series I thought much about when skimming summaries, but the episode itself delivered just fine. I’m not normally searching around for romance series, but I have a feeling this show is going to be a good one overall. 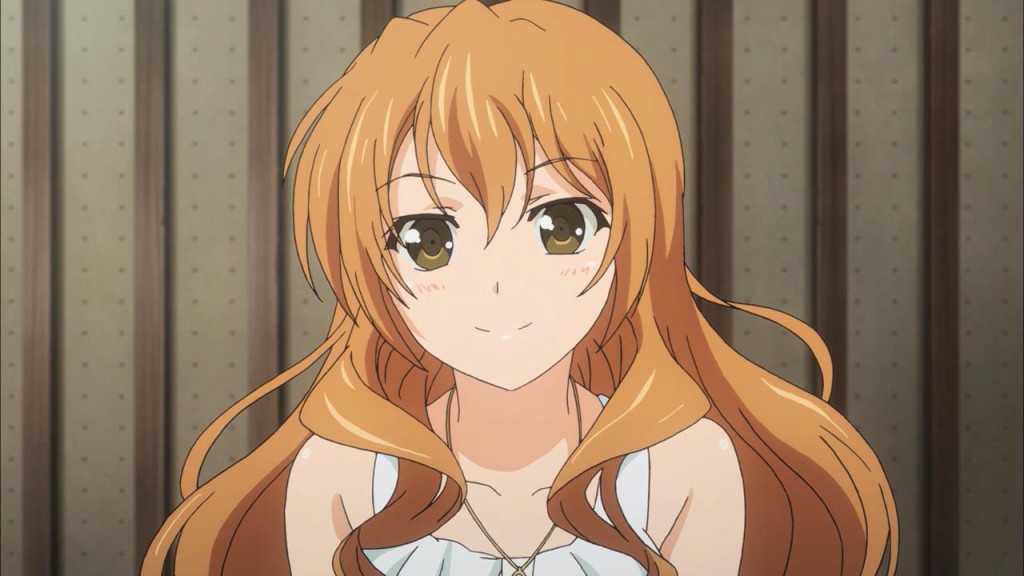 Everything is handled pretty nicely and had me interested in seeing what the next episode would bring. First years in University might not be far past high school, but it is a nice setting to have these characters moving into their young adult lives here. Might be a bit confusing for some who know that law is post-undergraduate in North America. But some countries do things differently so people can start on that path while in the undergraduate setting. I don’t expect the main cast studying the law to be a major focus, but rather that we have characters just setting out on their own and trying to figure out what they want to do with their futures. That in itself has some interest since you see plenty of series just focusing on the high school or even middle school age characters.

As to the main characters themselves I’m pretty happy with what I’m seeing. Banri is a pretty solid main character I think. He’s maybe on the cliche side of not being the most aggressive personality out there, but he’s relateable enough. Someone that’s trying to change himself and is surprisingly a romantic. How he gets connected to the female lead in Koko is pretty reasonable as well. It’s not him being some special MC that gets him involved, but rather that he’s becoming friends with the main focus of Koko’s world. They are bound to increasingly interact with each other with Mitsuo as the connection. 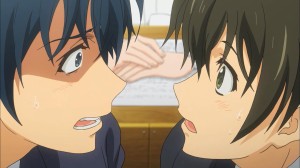 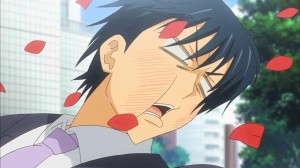 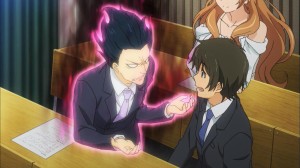 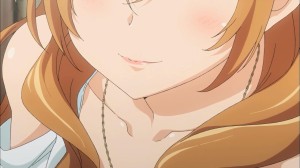 As to Koko herself she’s not a bad character. I was worried she was a full blown violent tsundere character, but it’s not really like that. You could say she’s one part lovestruck and one part naive/willfully blind. She’s so in love with Mitsuo that she refuses to accept the possibility that this guy isn’t interested in her and that he means what he says. She has her future planned out and Mitsuo is very much part of it. She just brushes off his complaints and concerns as him being tsundere and continues her relentless pursuit of him. The problem being is that someone is bound to get hurt the longer this goes on and it could very well be her.

On the other side Mitsuo has been in this situation for so long he can’t even see anything positive in Koko anymore. Everything is twisted up in his view into the worst possible interpretation. He doesn’t seem to believe that she cares about him and is romantically pursuing him for that very reason. He’s just reached the point that he assumes she’s just controlling him and his life because it’s suitable for her. He’s at the end of his rope here. So desperate to get away from this girl he’s put his relationship with his family at risk to run and it still didn’t matter!

I found the disagreement between Banri and Mitsuo pretty entertaining since it shows their different perspectives perfectly. Mitsuo is so upset and frustrated everything that Koko does is seen in the worst light. Even a cliche background like a childhood friend deciding she’d marry him one day is seen as just part of her evil XD. For Banri he just sees it as something cliche and he sees her actions in cute and positive ways. He’s certainly a bit lovestruck himself and it’s not surprising with his personality. The series might as well pair him and Koko up since they seem to both be romantics in a sense. They might just appreciate the others attentions which is better than the situation with Mitsuo since that guy is on the verge of losing it. 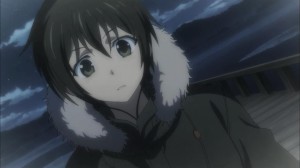 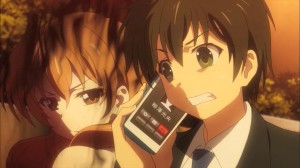 The end of the episode did leave a hint that there is more going on with Banri than might be anticipated at the start. A message from the hospital and going out to meet someone before someone on a bike starts speeding at him! Overall, I’d say Golden Time had a really solid start to it. It introduced the main cast and gave us a good early understanding about what is going on here. I’m looking forward to seeing where things go from here. Whether I cover this full time I’m not sure, but I’ll enjoy watching it and seeing where the story goes.
Score: A-