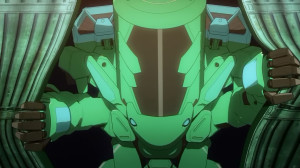 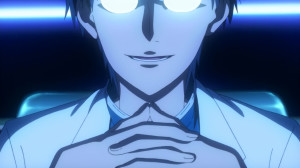 Well we’re starting to get some answers in regards to this anti-esper group and what they are planning. Not a ton of answers to be fair, but at least enough to start making some speculations and understanding just how big of a group of idiots they really are. This group makes Skill-Outs seem incredibly mature.

Had a brief showdown between Mikoto and that robot and the less than shocking revelation that Febri isn’t a normal human child. Should be an interesting balance made as this arc continues between the Febri side of things and the likelihood that mass robots are going to be going wild at that exhibition. 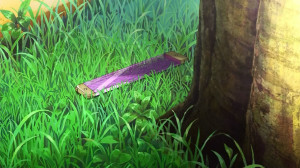 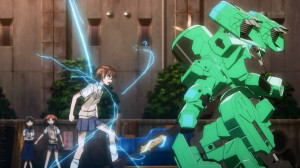 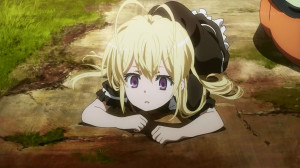 At least after this fight we found out more or less how these robots are being controlled. Somehow those devices that look more like memory sticks than anything else are able to control the device they are placed in and at the same time power it. In both cases there wasn’t any other power source that should have been able to make the machines move. Could see the scientists controlling the robots from a laptop in the area which gives them some wireless control. They also appear to be protecting the inner-circuits of the robots. Otherwise Mikoto’s blast of electricity should have made it possible to control those things. Of course we still don’t know exactly what those devices are, how they were made, and what their limitations are. While I wouldn’t say they are the most dangerous things in the world they are a pain to deal with.

It wasn’t the easiest fight on Mikoto since she couldn’t easily just shut the thing down or control its circuits. The only real problem was the fact that she couldn’t completely go all out at the risk of there being a person inside. Of course leading those idiots to thinking she was a pushover and their experiment was a big success. I mean that group just makes me laugh at times. Espers who rely on their powers being powerless is just a lark. Of course anyone who simply relies on a skill or piece of equipment will run into problems. That’s a given for any human being. Frankly as a threat Capacity Down from the first season was far more effective at making this kind of point than their remote controlled robots. 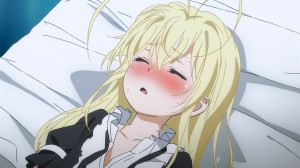 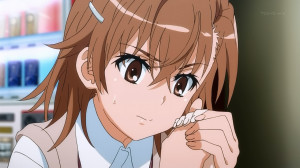 If they really think that’s the limit of Mikoto’s abilities they are pretty sad. Not to mention they don’t get how the ranking system works exactly. As Mugino said the level 5 ranking is partially to do with how useful they are to Academy City. Mikoto’s electrical abilities are extremely useful in a variety of circumstances, it’s not just about straight up fights. Just seems to be a great deal of whining from a bunch of smart non-espers who want recognition. Academy City is about the eseprs and they just feel ignored. Poor smart people…I really pity geniuses.

They sure gave up on recovering Febri in a hurry. Last episode it was about retrieving her and now they are voting about how to dispose of her? Suppose this is supposed to be making as direct comparisons to the Sisters Arc as possible. Again scientists who don’t recognize Febri as being human or a living being so it’s all about recovery and disposal when she’s not acting as their useful tool. Another sister figure for Mikoto being threatened. No surprise that Febri isn’t human. I figured for a while she was some sort of artificially created person. Still she seems fairly human all things considered so I’m looking forward to hearing the explanation of exactly what Febri is. Seems closely tied with these devices or at least has the ability to shut down the machinery through her will. Obviously doesn’t seem aware of this fact or what she is which is probably better than outright knowing the truth and being crushed by it. 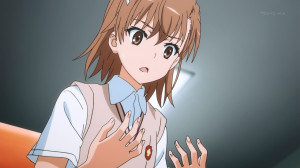 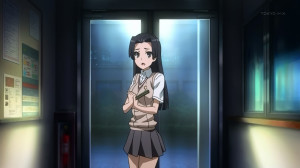 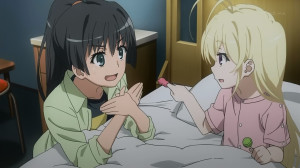 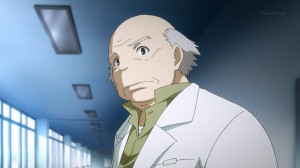 No surprise that Mikoto is pretty upset about this whole thing. A lot of self blame going around here and is at risk of falling back into the hole she was in last arc. Trying to resolve everything by herself and blaming herself for what is happening. Will have to keep an eye on her and hope she learned enough from the last situation to not just try to carry the load alone.

Was a tough moment for the group with Febri going down with a mysterious condition. They were only getting more and more attached the longer they spent with her. Surprisingly Kongou continues to get quite a bit of focus and showing a lot of good aspects of her. Certainly a bit of an odd person, but overall a pretty kind one who cares a great deal about those who are her friends. May not be Kuroko’s favorite person, but certainly has a few people around who look up to her quite a bit. 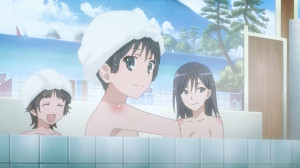 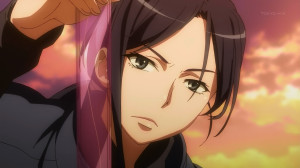 So overall a solid episode for revealing a bit about what is going on while still leaving a few questions to be answered later. Seems like Mikoto could be ready to go all Rambo again to get to the bottom of this new twisted experiment.
Score: A-