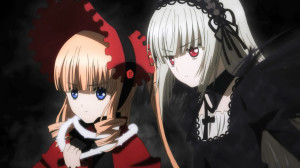 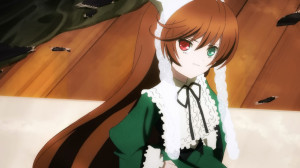 Now everything really has gone to hell. It took a while to build up to this moment, but it certainly was just about everything I could have hoped for. We got the most combat of the series as Suigintou and Shinku actually teamed up to stand against Kirakishou. Not that they had an easy time of it at all. This youngest sister is definitely not easy to handle and now that she’s gained a body to inhabit it only makes her more dangerous. No longer just a threat within N-Fields but in the regular world as well.

Things pretty much unfolded as expected in terms of that doll being a body for Kirakishou. Of course I didn’t quite expect it to be Souseiseki’s body. So in a sense Jun was actually putting together a Rozen Maiden, just not in the normal sense. Again as expected the whole play was turned into a mess although time has been stopped so I suppose it’s possible when all this is over they can make sure things don’t look any different. 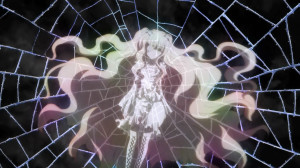 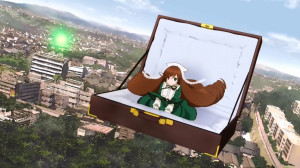 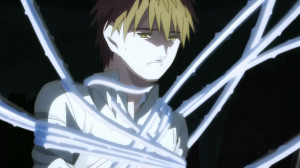 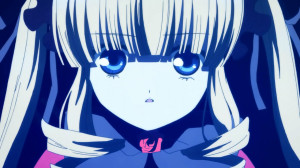 There were some surprises to be had though. Suiseiseki did a good job crashing the party…literally. Apparently that doll can’t make an entrance without causing massive destruction in her wake. A frustrating but understanding dilemma comes up with that body belonging to her twin. If there’s one person that Suiseiseki won’t allow harm to come to it is Souseiseki. Of course when you think about it logically they shouldn’t be making a huge deal about it. Suigintou has Souseiseki’s Rosa Mystica and right now Kirakishou is using that body. There isn’t much link to Souseiseki anymore unless Suigintou feels remarkably generous and gives up that extra Rosa Mystica….which doesn’t seem that likely at the moment. Still emotions don’t always line up with facts so I’m curious how this situation will be resolved.

At the moment Jun really needs these dolls to figure out what they are doing. Didn’t help that earlier Shinku was seriously holding back because she thought the body was Hinaichigo. The situation only drifts further into Kirakishou’s favor the longer everyone continues to bicker. The more time passes the more connected she becomes with the body she’s taken. Also a major problem is source of power. She can just drain Jun until he’s dead. Right now Shinku only has a temporary contract with him and if he’s drained then she can’t draw anything. A similar problem really for Suigintou. Just about everyone in this fight needs Jun’s energy to fight seriously and are all vying for the same source. This gives Kirakishou the edge since she has Jun hostage and can draw power directly without any care for his well-being. 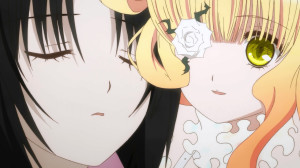 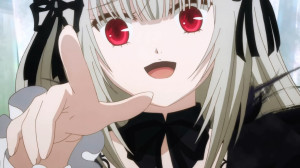 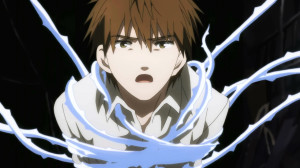 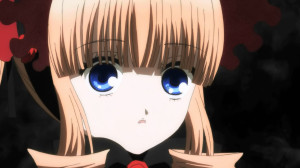 Suigintou really can just throw the insults around like no one else. Had plenty of fun watching Shinku in the play and then just saying whatever she wanted to Kirakishou. To call her less than junk in that flashback certainly has potent meaning to Suigintou. No problems at all calling this younger sister an illusion or outright a monster. Could see the shocked expressions from Suigintou and Shinku when Kirakishou’s true motivations were unveiled. The girl is quite literally broken in every possible way. She doesn’t give a damn about the Rosa Mysticas or becoming Alice. She seeks their doll states in multiple ways. Being born as an astral existence she seeks bodies more than anything else. The ability to become numerous verions of herself just by switching bodies has incredible pull for her. In terms sustenance in order to exist all she needs is humans being used like nutrient filled soil in a flowerbed. That doll is just nuts and if she is allowed to run wild it could mean pure chaos.

I really do wonder how everything will unfold from here. I can’t imagine Jun is just going to remain a simple hostage throughout this. He’s continued growing despite that low point he hit a few episodes ago. At this point he can’t just sit by idly and let everything happen without him making any choices. Even if he’s in a bad situation here there has to be a way for him to take action and choose a path. He made the doll that is causing this havoc and he helped make the stage this fight is happening on. He’s intrinsically tied to this whole situation. I did love the pure shock on Shinku’s face when Jun made that kind of bold statement. This time he’s not going to sit by and do nothing. She even mentioned a contract before dropping the statement. Jun really has been the central figure of this season so I’m looking forward to where this guy’s character will go. Of course regardless his time in the spotlight is running out. Shinku has to leave that world soon and with her the plot will probably follow. 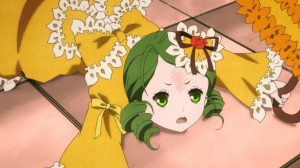 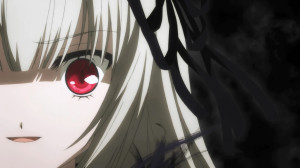 Things are picking up at the right time so I can’t wait to see what next week brings. We got some pretty solid action out of this week and I’m hoping they keep ramping things up. Not completely about the action, but it’s a nice thing to have on occasion. We have four dolls ready for a showdown with younger Jun and Kanaria perhaps ready to get involved fairly soon. That N-Field younger Jun was in got shaken up enough to send both him and Kanaria on their way. Hard to believe they won’t have a roll to play in what is happening either. Also when will we get to hear what Saito’s line was supposed to be XD?
Score: A