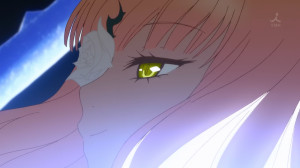 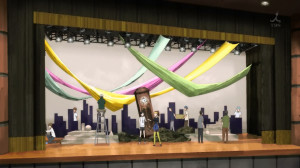 The series has taken its time building up, but it seems we’re on the verge of some crazy stuff going down. Literally the stage is set and the actors are all in place. Kirakishou is hanging out ready to move in, Suigintou is ready and waiting for her, Shinku is on her last day, and the play is about to begin. Everything really has come together at the same time and I can’t wait to see what happens next week.

Not that this one was uneventful. Time was speeding up a bit, but Jun did mostly complete the new doll minus the head. It seems also like Jun’s mental state has kind of balanced out more. He’s certainly at a higher point than he was last week. Though who knows how he’ll hold up if everything goes nuts next week. Also got to hear a lot more out of Shinku’s thoughts regarding Jun. 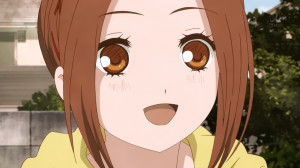 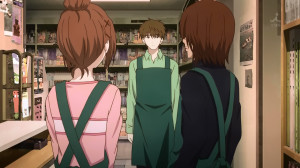 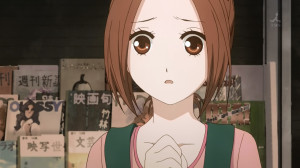 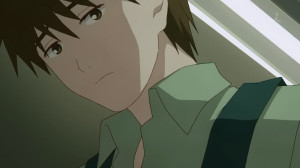 I’m really surprised that conversation between Jun and Saito went as smoothly as it did. I was ready for just about anything when he just came out and said he helped out because he wanted her to have a better opinion of him. But it didn’t blow Saito from her opinion of him. Maybe was a bit shaken up, but didn’t look that rattled while he was still there. No matter how much Jun looks down on himself there’s too much there for Saito to believe in. Despite being so tired and focused on the doll he chose to resolve the situation with the manager using a method that would take the heat off Saito. He could have just let the manager chat it up and then leave after. But he’s not some jerk that would leave that on her hands. If she argued for a bit probably could have gotten the manager to let her do the work alone after all.

Not that I’m saying Jun’s a saint. He certainly did want Saito to think better of him, but that’s hardly the only motivation he had going. No matter how he runs from the past he still has an interest in design and crafts. He could put all that work into it because he has a passion for that kind of thing. If he wanted to give little effort he could have. Could have said he was only there for the costumes not to help with the props, but instead he just got to it and did a really quality job.

Seeing her walking alone did show that the conversation affected her. Maybe just surprised that whatever image she had of Jun wasn’t completely spot on. He wasn’t just helping out because he’s a purely good person. Though in the end he is still a good guy. I’m looking forward to seeing more scenes with these two since that apology from him wasn’t clearly heard. 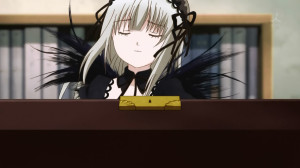 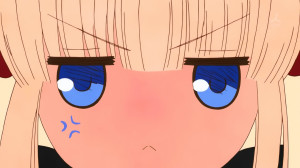 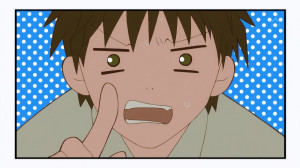 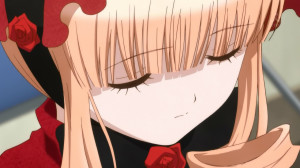 That scene when Shinku was watching Jun work with the cast was a nice one. For a while I really wondered how Shinku saw this Jun. She obviously had a timeline but how much did she really care about him? In the end could hear her pure feelings for a little while. While this Jun has gone out in the the world he was still in a sense hiding from it. She’s seen his growth and how he is ready and able to step out into that world confidently. It’s not just that she’s out of time, but if he can realize his own potential than he doesn’t need a Rozen Maiden. He has that acting troupe, Saito, his sister, etc. It’s not like he’s all alone in the world and without friends. Jun has the ability to open the door to his own future. Not looking at the past and regretting but seeing what he has right now. It’s not like Shinku wants to separate from Jun, but it’s about time. If she could stay a little longer she would. No matter what age or world, Jun is Jun. He’s someone important to her.

The banter with Suigintou and Shinku remains good for laughs. Of course there wasn’t much this week because they had to move the story long here. The relationship between Shinku and Suigintou is always strained. A few last parting shots and Shinku ready to tape Suigintou into her case and set it on fire XD. The actions of Suigintou and Shinku next episode should be interesting. Neither will be likely to sit by idly if Kirakishou makes her move.

Also I have to say it was super cute watching Shinku express her desire to go to the play. Just continually getting Jun’s attention until he pretty much had to put her in his bag and take her along XD. There’s something to be said for pure stubbornness. Not surprised of course since this is her last day there one way or the other. Only makes sense that she’d want to spend it with Jun. 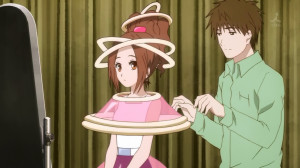 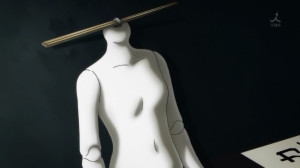 I can’t wait to see how everything will unfold. Everything this season has been building up to this so it should be pretty crazy. That or they find a way to spend one more episode building things to a cliffhanger XD. With Suigintou pretty confident this is the body that Kirakishou is after it seems inevitable that she’ll try to crash the party using that new body and things will quickly spiral out of control from there. Of course they could be playing us, but it seems pretty certain at this point.
Score: A-