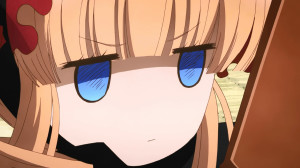 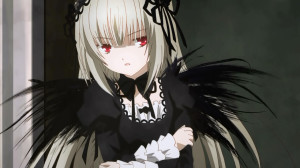 It’s a damn nice thing that Suigintou has returned to the series. Although some Shinku focus is good as is the character development for Jun. Still this series is called Rozen Maiden and therefore we could stand to see some of the dolls. Of course helps that I think Suigintou is an awesome character so having her get such a major focus in this episode was a real joy.

This did have a lot of backstory being shoved into it since we did need to understand Suigintou’s character a bit along with her connection to Megu. Though that didn’t stop them from having fun in a mini-conflict between the two dolls. Goes to show even during a stressful time like this these two can’t help but get into arguments. Just a really strained relationship between the two of them. A lot you have to infer when watching Shinku and Suigintou. It is fun to watch Suigintou just completely frustrate Shinku to the point of snapping. But it went both ways since Shinku could really get under Suitingou’s skin. 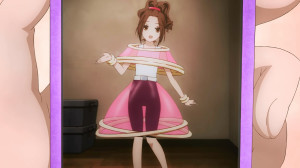 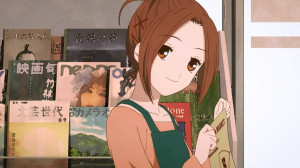 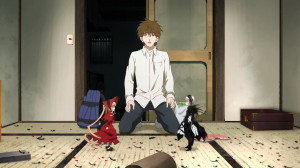 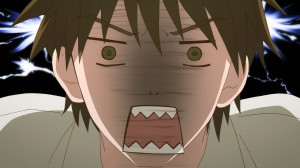 Maybe the most hilarious part of the episode was Jun flipping out over the mess created by Suigintou and Shinku’s fight. Just a mess of petals and feathers absolutely everywhere. Goes to show that this older Jun isn’t completely overwhelmed by these two fighting…or maybe just bickering at this point. Though does kind of leave the impact of their fighting as underwhelming considering the only effect is a lot of mess. Regardless, just fun seeing Jun seeing Jun force Shinku to clean while Suigintou hides outside and dodges that job.

Though I do wonder what kind of impact the realization that Shinku will be leaving soon will have on Jun. Really building her new body and having her around really has shaken up his life and caused him to really develop as a person. He’s starting to change and that’s a great thing. However if that new catalyst suddenly disappears then what will he do? It doesn’t mean he can’t change, but that still has to be shocking to find out. Is he going to go ahead and try to build that doll so he won’t be left with nothing in the end? I can’t really blame him for not being thrilled. He gets all this change and the whole point is to leave him behind and go to his other/younger self. Wow…so he’s getting left for a younger man XD.

Another interesting development for Jun though is Saitou’s play. Definitely a good sign that the group wants to have him visit and give some input on his costumes. Clearly the group either has terrible costume design or really was just super impressed by his insights, or both XD. Really this is a good chance for Jun to expand his horizons, get a larger group of friends, and just have a chance to delve into his interests more. It’s all good and I think that this will be a good thing for Jun going forward. Dolls or no dolls he’s getting a great friend (potential girlfriend) in Saitou and a group that he might be accepted into. May not remove the sting of losing Shinku so soon, but it would at least be something. 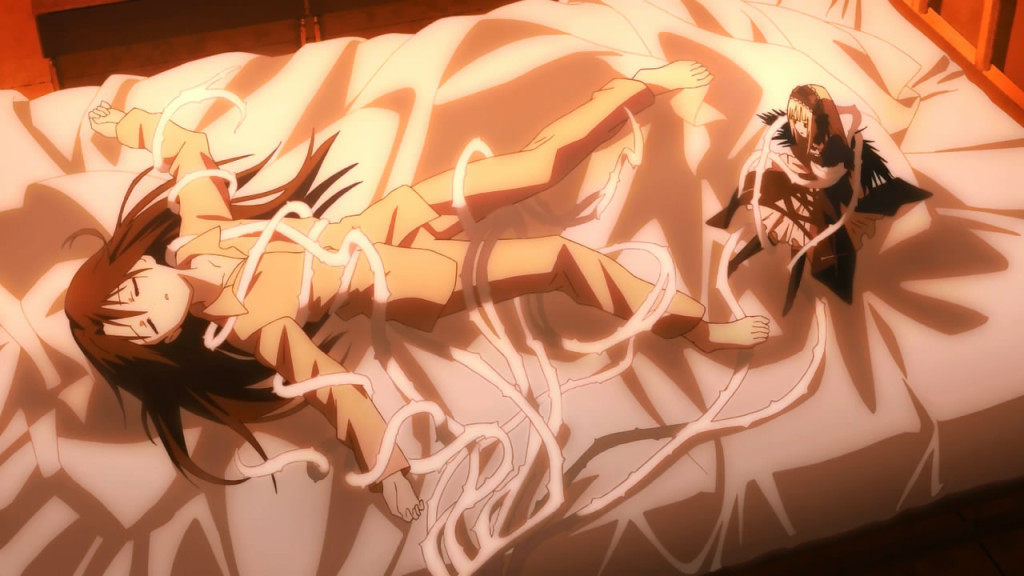 Talk about killing the moment

Though I did want to comment on Megu a bit. That really is one strange girl. But at the same time she appears to be a girl really affected by her poor health. Whether it’s true or not she’s read the actions of others in a bad light. The nurse only is kind because it’s her job and she really resents Megu. Her father is completely running away from her and her condition via his work, etc. Now some or all of this may be true, but I just don’t know. The bit about her father does seem fairly probable though. A guy who’s really into his work and rarely goes to visit his sick daughter.

It’s no wonder that Megu is just waiting for death. Though she hasn’t actually killed herself yet either. Suigintou’s arrival really did have a major impact on her. This was a chance to die and giving herself to someone she sees as an angel. It was certainly jarring for Suigintou. Probably figured she’d strong-arm the person who wound her up so she could use their energy as a major power-up and do a ton of damage in a fight. Instead she runs into this girl calling her an angel and practically leaping towards death. While in truth she also seems to be a girl just hurting terribly and unable to trust others.

It showed well on Suigintou when she didn’t want to go see Megu after presumably getting beaten by Shinku in an earlier fight. Not wanting to be seen in her weakened state. Luckily her artificial spirit Mei-Mei went ahead and got Megu to come and help her out. Just when Suigintou seemed willing to give her ring over Kirakishou kidnapped Megu’s…spirit I believe. Certainly that’s a good way to get Suigintou’s attention. Clearly she went into the N-Field to try and get Megu back and ended up instead in this world. Not that she can go ahead and tell Shinku that considering their checkered past. Now there’s a lot of waiting to be had as she and Shinku try to find a way back to where they came from. 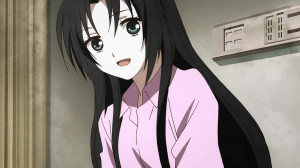 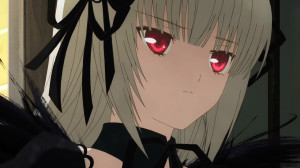 All in all a good episode. The Suigintou focus was awesome and this had some cute moments along the way. Things are continuing to progress nicely for Jun and Saitou while it appears things could get messy going forward depending on who is behind that package and whether or not Jun decides to build another doll.
Score: A