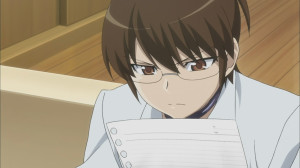 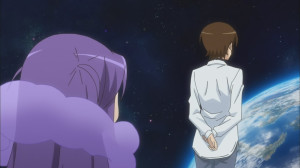 Who ever said that dating 5 girls at once was easy? Katsuragi Keima continues down the treacherous path of trying to capture the hearts of 5 girls at once. And much like last week, the series really pushes forward the idea that this is the big level, the last battle and all that jazz. Hell, the OP, which I didn’t really comment on last time, actually repeats the line “its not a game anymore” a multitude of times.

The entire feel of this episode is as expected, extremely hectic and tense. Keima has to juggle damage control brought forth from the whole Kanon confession, with 5 girls, and he has to do it as fast as possible. I think the most refreshing aspect of this arc is that this whole situation has him by the ropes. In most conquests, Keima has everything pretty much under control, and there are rarely situations where things go beyond his established parameters. 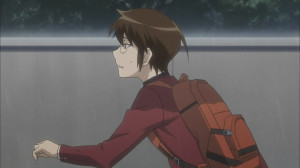 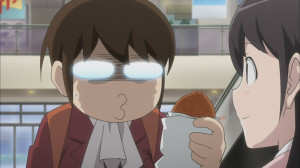 This situation, however, is anything but in control. If anything, it feels like our dear main character is hanging by a meare thread. While Keima might be an expert on conquering one girl at a time, with numerous “game” experience to help him out, this is definitely new territory to him. Its especially interesting to see things actually deviate from the norm.

Its long been argued that the girls that Keima conquers are actually following some of the tropes established by dating sims or similar games from Japan. Of course, what really happens in this episode is that nearly no girl follows the rules that Keima most desperately needs to them to follow.

Its darn impressive to see Keima juggle nearly everyone. Building up from each of their respective story lines, despite his rather similar opening line, Keima has to interface and win back each girl in their own way. And man… he’s got the moves, giving each girl what she wants. 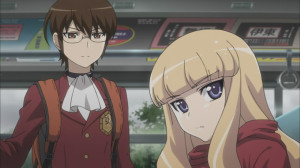 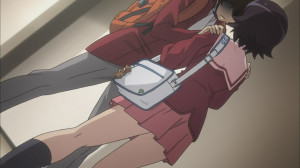 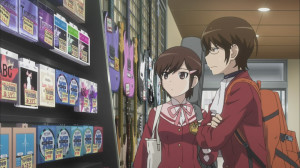 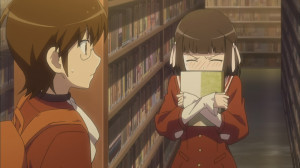 Whether its being extremely cheesy and persistent with Ayumi, talking with Chihiro about music, having a conversation with Shiori through writing or just following  Tsukiyo on a bus and acting like an idiot, Keima nails it. He nails it, until he hits Yui. 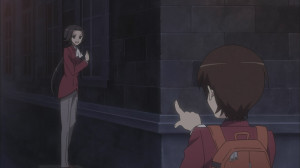 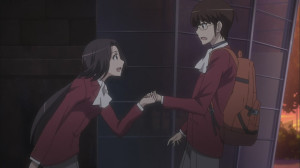 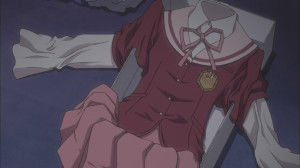 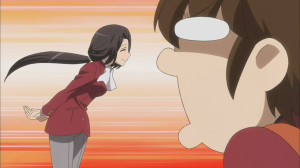 Maaan, The way Yui puts Keima off balance is extremely hilarious and funny. The whole Yui situation is just about as absurd and silly that you can’t help but laugh and it helps that Keima throws in a Tsukkomi (straight comedic jab) at nearly every cross dressing suggestion Yui makes. 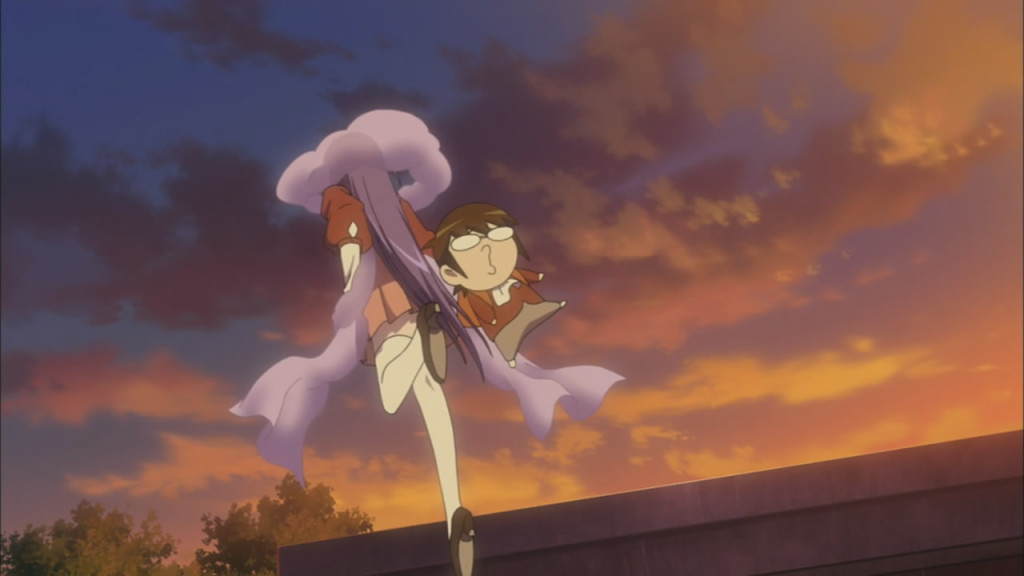 Symptoms of prolonged Yu Exposure include turning into a Whiny little Chibi! XD

Its the whole affair with Yui that even makes Keima crawl away in fear and have Haqua carry him away.

Of course, things at home aren’t much better. Poor Keima barely gets any respite, as Nora shows up on his doorstep the very next day. 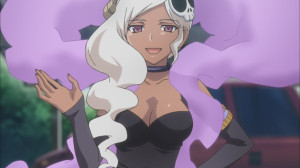 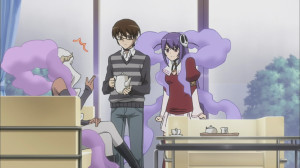 So apparently Hell has issued orders to find the Heavenly Goddess Sisters. Now the real question is, whose side is Hell on? Keima and Haqua don’t really trust Nora, which given what happened between them before, isn’t surprising. 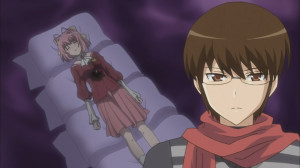 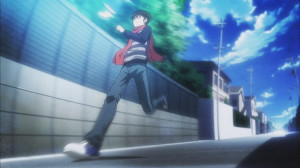 And speaking of not surprising, the episode ends with Keima actually dashing forward to continue seeing all 5 girls on a Sunday. And I do not have even a slight issue with it, especially if it gives us some of the most intense and exhilarating entertainment that’s been missing for a while. 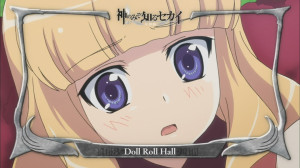 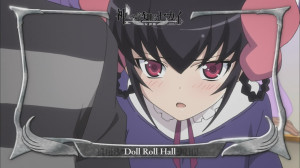 Seems like Keima’s struggles continue, and next week we have yet another player in the midst? How many girls can a Keima handle? XD