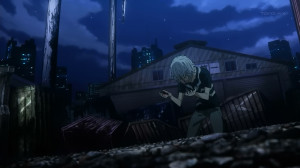 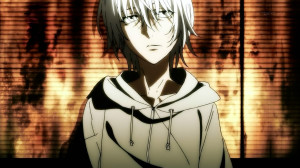 This episode just shows how much of a pain it is to fight against Kamijou Touma. For someone like Accelerator Touma’s got to be the most bizarre existence he’s ever encountered. Not only because of his right hand, but just that someone would step in to protect the Sisters and put their life on the line for it. Of course that’s just what made this episode so much damn fun to watch. Finally someone that could at least stand against this guy came forward and stopped the senseless slaughter of the Sisters. Accelerator has been able to just blow away anyone who stood up to him or tried to pick a fight with him. But this time it hasn’t been nearly so easy and probably unlike all those other people he wasn’t getting discouraged but rather more determined to bring him down. Not an easy combination to deal with especially with Accelerator’s prized reflection being completely negated when it comes to hand to hand combat.

We did get a good picture about just how twisted up Accelerator is at this point. This whole experiment was as much to just shut up the people who kept hounding him as anything else. The title of strongest naturally draws in people drunk on their own power who want that title for themselves. The people who approached him were always either challengers or scientists looking to experiment on him. And then he got involved in this twisted experiment. For someone to actually stay in for over 10,000 killings they would have to force themselves to see the clones as nothing but lab rats. There have been some damn evil people in history, but actually killing 10,000 with your own hands is a pretty daunting task. Then you have someone stepping forward and challenging that belief. Fighting for one Sister and stating that they have been living with everything they had. No wonder he just snapped and became drunk with the rush that he must have felt in controlling that plasma. There’s only one way to stop Accelerator and its through brute force. 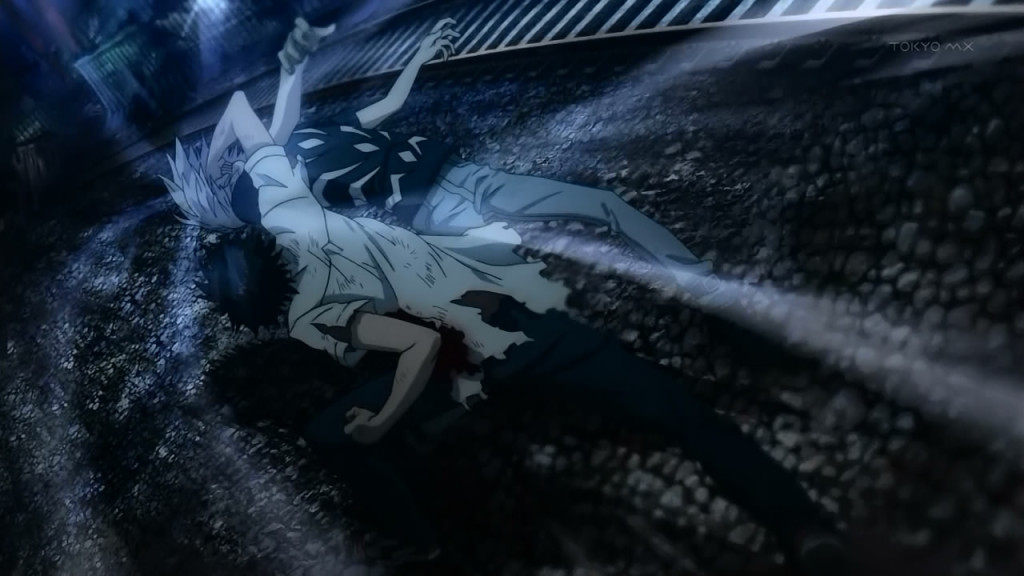 This was a long time coming

I have to say it really is a sweet sound when Touma’s fist just kept slugging Accelerator. That sound never sounded better than at this moment when it’s beating this guy and stopping him from hurting one more Sister. It certainly wasn’t easy though for Touma to actually get those punches in. Accelerator is damn powerful and can send rocks and rails flying at you at high speeds. It’s hard to just get close to someone like that without a bit of luck. He needed Accelerator to make the move to get in close and turn this into a fist fight.

Luckily Accelerator was shaken up enough by the first couple punches that he didn’t immediately fall back and make it a long distance battle. He had to be completely baffled by what was going on. This is a guy that just doesn’t get hit and doesn’t get hurt. Even Mikoto’s Railgun was completely ineffective against his automatic reflection ability. He did figure out that Touma’s right hand was the key here, but that really wasn’t enough since he couldn’t understand what it was doing. All one hears is that sharp sound at impact and then comes the pain. 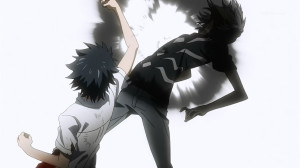 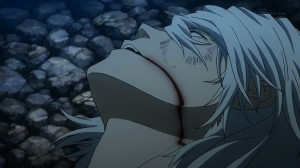 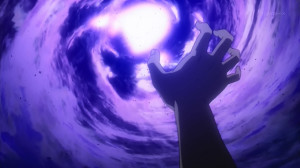 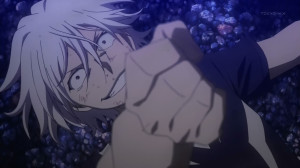 Though I will say Accelerator sure has some impressive durability. I mean he was taking heavy shot after heavy shot. Even if Touma was weakened by Mikoto and then the fight to that point those punches weren’t light. I’d have thought someone with that ability would go down a lot easier when he finally started to get hit. Unfortunately for Touma that wasn’t the case.

Things did get really dangerous when the plasma was being formed. Touma already is practically knocked out as it is. Getting flung around by that wind just left him a bloody mess. If Mikoto wasn’t watching from the sidelines everyone within a few miles of that site might already be dead. I will say it was a nice moment seeing her so happy and impressed at how Touma was actually hurting Accelerator. Shows also how much she cares about this guy to react so strongly when he got hurt and make that passionate plea to MISAKA. Despite her powers this wasn’t a situation she could do anything about alone. She could realize what was needed to stop Accelerator’s attack, but she couldn’t make it happen without help. All she wanted to do at that point was protect Touma and his dream. 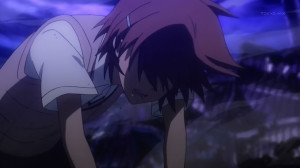 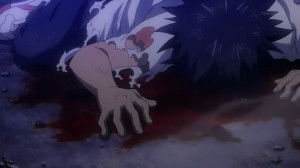 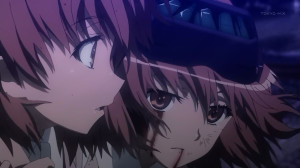 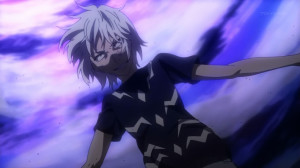 That MISAKA responded and stood up shows how much the actions of Touma and Mikoto have affected her and the other Sisters. Maybe she can’t really understand why they are going so far right now, but their emotions and passions are still reaching them. That in itself is enough to make her and the other Sisters stand up and take action to stop Accelerator. They can’t swarm him and win in a straight up fight, but disrupting his plasma using the windmills in Academy City was a very legitimate and valid option.

Of course regardless of the plasma the situation is still incredibly desperate. Accelerator is still more than able to fight, Touma is a bloody mess, and Mikoto is standing between Accelerator and his target. Right now the only thing that might save them is Touma hearing Mikoto’s voice. Can he really just lay there with that clear cry for help still ringing in his mind? He’ll have to gather his willpower to stand up one more time here. Right now Touma is the only one who can put down Accelerator for good. Mikoto might be able to buy some time, but I can’t imagine it will be much. 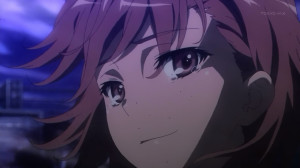 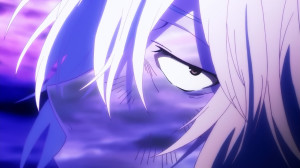 Anyways this all just ends on one heck of a cruel cliffhanger. Not that I really mind that. This episode was so good that I’d hate if they just tried to conclude it within one episode. Taking their time and doing a great job is all I want to see and right now they are getting the job done. This was a great episode and I’m looking forward to next week.
Score: A+