It’s no secret that Light Novel adaptions seem to be on the rise lately. Particularly, the high school comedy/romance genre can be found at a dime a dozen. Amidst such a huge flurry of Light Novel Adaptions, Yahari Ore no Seishun Love Comedy wa Machigatteiru makes its debut in the Spring season of 2013. 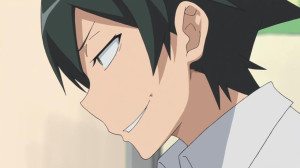 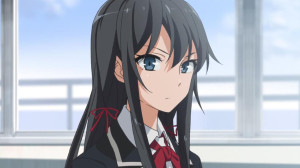 What sets Yahari apart from the rest is definitely its main character, Hachiman Hikigaya. Hachiman is a unique combination of loner who generally hates people, yet is still a good person at heart. Having gone through various rejections in his life prior, he’s developed a world view that can be described as freakishly warped. Yet what makes him endearing is that he’ll basically do good deeds by methods that can easily be called despicable or villainous in nature.

The series kicks off with Hachiman joining the volunteering club, where he meets the equally odd Yukino. Yukino is the prettiest, smartest girl in school, and as such as suffered a similar isolation from the majority in society. Added to the mix is the final piece of Yahari’s intricate puzzle, Yuigahama, a cheery, bubbly and relatively normal girl that becomes friends with Yukino and seems to have feelings for Hachiman for some reason. 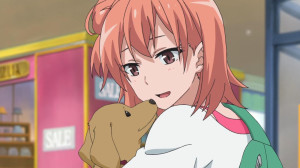 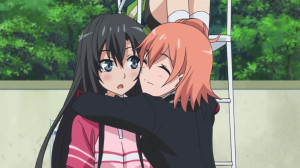 Its standard light novel territory, as the show covers every day high school life through a slightly different lens, in this case, the prespective of both Hachiman and Yukino. Its definitely interesting to see two social misfits working together to solve problems for other people.

The story is standard fair, but it’s the many characters that populate the world and story of Yahari that make it special. On their own, Yukino and Hachiman would be pretty dull characters to follow, but the contrast with other characters is what makes everything so interesting, hilarious and entertaining. 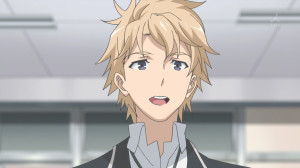 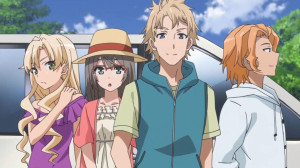 Hayato for example, is the popular guy of the school. Good looking, captain of the soccer team and a generally cheerful and positive guy. What makes him so interesting though is that he actually is indeed a good person to the very core. His world view is pretty much the normal good guy way of looking at things, and having his way of life contrast Hachiman’s is where some of the series’ most interesting moments occur.

There are other supporting characters, such as very girly tennis captain Totsuka, the extremely excentric otaku Zaimokuza, the mysterious Kawasaki and many more. These supporting characters are slowly introduced throughout the series 13 episode run, and become an integral part of the world and its events following that. 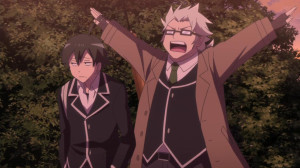 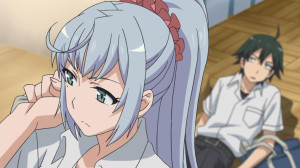 The focus of the story though, is definitely on a love triangle between Hikigaya, Yukino and Yuigahama. Yuigahama’s reasons for liking Hikigaya are slowly revealed, while Yukino, clearly interested by Hikigaya’s unique personality and somewhat similarities to herself begins to fall for him as well. What makes the whole thing even more interesting is that Yuigahama actually is pretty forward in giving Hikigaya hints, but because of his refusal to believe that anyone could actually like him, keeps shrugging of her hints as “being nice”. Of course, progress happens anyway, with both girls, and near the end its pretty much a toss up on who Hikigaya will end up. It’s pretty much down to which girl makes the direct confession first. Its hard to deny that it does get quite exciting and interesting, especially with other characters like Hikigaya’s own sister or Yukino’s sister poking the issue at every chance they get. 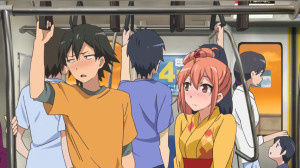 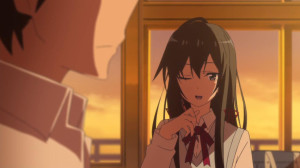 The anime being a light novel adaption though, the ultimate resolution is hardly given in a 13 episode series. Instead, the series ends with a Cultural Festival arc, followed by one sports festival episode. The story is definitely incomplete, and there’s definitely room for the series to get a second season.

Regardless, the big emotional payoff is definitely in how Hikigaya continues to isolate himself, hurting himself and often playing the villain to ultimately help others and get good results. The often times tragic part of it is that Hikigaya unfortunately doesn’t know how to do things any other way, and his results do indeed speak for themselves. Its gutt wrenching, however, to see Hikigaya constantly put himself to the wringer and shrug it off as “it’s just how it is”, its gutt wrenching and almost kind of admirable. 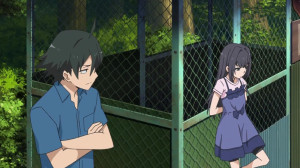 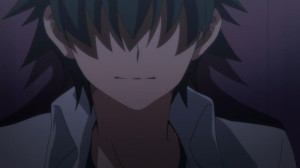 As much as you may invest yourself in the characters, however, the story does remain incomplete. If you’re tired of that, then this can be a serious downer.

That said, the production values of the show are fairly standard. The seiyuu work is phenomenal as it is in most anime these days. The art and animation are pretty good as well. The music and soundwork is especially great, giving a very light hearted and calming feeling of every day high school life. The OP and ED are a bit more of the classic “love” based Jpop stuff that this kind of series comes with.

All in all, Yahari Ore no Seishun Love Comedy wa Machigatteiru is nothing if not a bit unique and original. The characters are great and the story takes a unique look at the classic high school love comedy light novel story. The problem though, is that it is only 13 episodes, and does leave a lot of the major payoff for investing in the love triangle of the show out for potential future seasons or to get people to read the light novels. 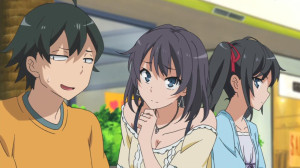 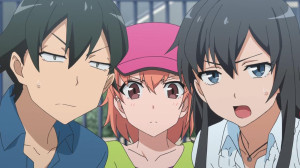 This is a great show that is just another light novel adaption with an unfinished story. Fans are left hoping for a continuation, as is the trend these days. We award the series a B+ Grade, and hope that we see more of this series further down the line.