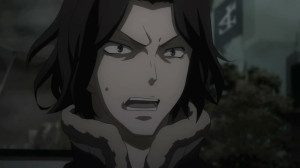 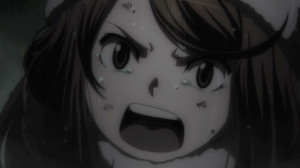 Well this episode was all about getting us some answers. A pretty heavy episode where as expected it wasn’t easy to spread everyone out and fight. I figured the Nagoya group was going to have a problem since they lacked firepower and that was accurate. They didn’t have a Hibiki or a Yamato to help take care of this situation. Though Airi did great in stepping up and taking care of business there. Unfortunately Ronaldo’s group was not prepared for that last ditch effort from the Septentrion.

Kind of ironic that Ronaldo’s own advice could have been returned to him this episode. He told Hibiki in episode 4 to keep up his guard until it’s finished. This time his group just lowered their guard in that instant when the fight appeared to be over. They couldn’t protect themselves from that last attack and died. It’s a shame, but Ronaldo just didn’t have enough power to survive this. He had good ideals and beliefs, but sadly Yamato is right in the fact that power does matter. Without enough of it you can’t protect yourself or those around you. 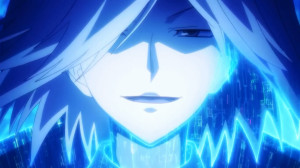 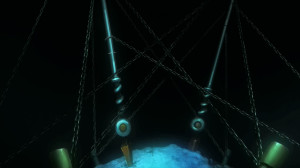 I still can’t feel overly emotional over their deaths. We just didn’t see them for that much. Otome and Ronaldo did get some focus so their deaths have meaning, but I just wasn’t that effected. Still more worried about this sacrifice talk surrounding Nitta. That talk becoming more pressing when Yamato went to check out that spear. I can’t help but think it has to do with Nitta and it will be needed to defeat a future enemy. The problem being is that thing probably has a cost to the user of their life. They may be pushed into a very difficult decision. If the next Septentrion can’t be defeated by anything else than what can they do but make that sacrifice. Of course this all just speculation, but will have to keep an eye on the situation.

The revelation about Alcor wasn’t that surprising since I pretty much guessed that Alcor was a Septentrion. Something that isn’t a demon, but clearly isn’t a human either. It is interesting watching this guy go through the dilemma he faces. He’s watched humanity for all this time and definitely doesn’t want to see them destroyed. But at the same time he realizes his role and struggles with his morality. That he has feeling and cares about people is something that is troubling him heavily. I’m glad that he did decide to lend a hand with the Death Face Clips and the Demon Summoning App. Without that assistance things would be pretty bleak. Yamato is powerful, but can he defeat everything that is coming alone? This specific battle would have been a problem after all. 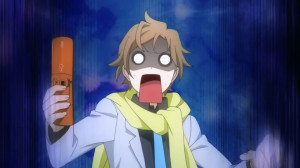 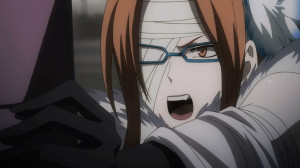 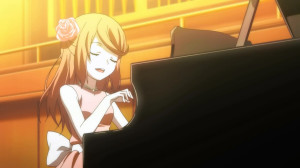 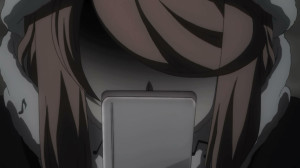 The three-way battle was pretty good. Hinako got a lot of focus with the ability to use the same demon as Keita. Clearly she was able to power it up as well since it was doing a lot more damage than Keita’s Berserker did. I guess she was right that demons will gain more power depending on the person using them. Hibiki and Nitta did a good job working together to bring a great deal of damage down onto the Septentrion. It wasn’t something Hibiki could handle alone and it’s a good thing he had some help. Sadly Daichi still hasn’t got a powerful demon to use here. Will have a great army of little guys though…

The key to Daichi being useful may be related to what happened to Airi. Her emotional state clearly rose her summoner value and let her bring forth a more powerful demon. Not that I don’t think Daichi is invested in what is happening, but maybe he hasn’t reached a point where he has a need to become more powerful. It’s something to keep an eye on and depending on what happens with Nitta he could certainly come through in a pinch.

Did get a better picture of Airi in this one, though I just feel like we haven’t spent enough time with her. Apparently had a pretty good lifestyle before all this happened. A lot of good and happy memories. Though it appears in the disaster she lost pretty much everyone she cared about. Not surprising since this situation is creating one insane situation after another. It’s something no one wants to think about in that situation since they can’t afford to break down in a crucial time. I’m a bit worried about Jungo since he appeared to be injured in that battle, but long as they have time to recoup he should be able to get treated for his injuries. Certainly seems like he covered Airi to make sure she’d be alright. 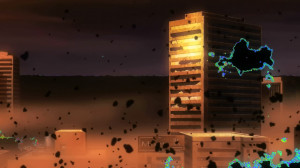 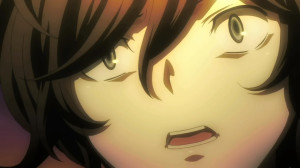 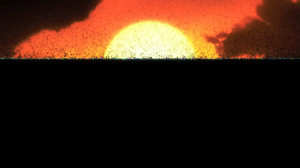 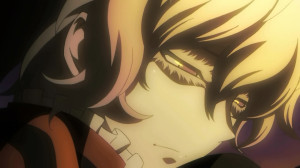 The end of the episode was pretty heavy though. That void was pretty disturbing to watch. It really does hit home what the stakes are. I thought the trials would be the kind of thing if you failed then the world would be destroyed, not destroyed bit by bit as the trial occurs. I’d agree with Hibiki that the destruction wasn’t how I imagined it would be. The world literally just disappearing like that. I figured they’d just drop a bit Septentrion and destroy the world through force, but this is more disturbing. Just puts more pressure on everyone. And this is a case where they have to survive till the end and then try to argue for why humanity should be allowed to continue.

Polaris is a pretty cheap piece of work. Without Alcor’s help there is no way they would have managed to survive. It’s a trial that’s heavily tilted against them. Though no matter how much people disagree with it, humanity still has to survive to argue it’s case. At least Hibiki is getting more information and even got the data that Ronaldo gave to him. It should come in handy and let him make more informed decisions. Though I guess the question is what kind of decisions can you make with the world on the line? 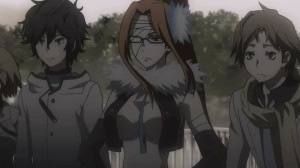 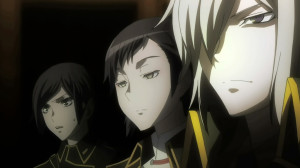 They survived another day, but it came at a price. Can only imagine how much tougher it’s going to get going forward. They only have a few enemies left, but they are bound to be more powerful and dangerous. Good luck to Hibiki and his friends since survival will be difficult.
Score: A-