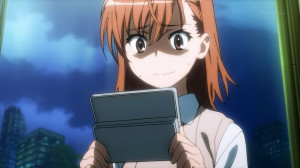 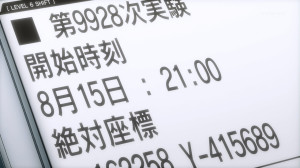 Well anyone waiting for action to break out sure got it this week and it’s only going to ramp up from here on out. I’m sure Mikoto had no idea what she was getting herself in for when she stumbled onto all of this. A terrible secret that’s been eating at her and now she has the truth about what is going on.

There’s not much that would be less horrifying than finding this out. I mean let’s just look at the title of this experiment, number 9928. Basically this kind of nightmare has gone on over 9,000 times already. It’s just kind of mind boggling to think about it. We saw that room that 9982 had to clean up. Have to think that besides these occasional showdowns 1v1 they just drop him in with dozens or hundreds at a time and just has the clones massacred. 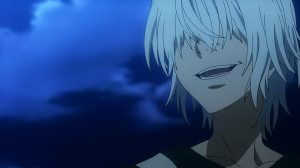 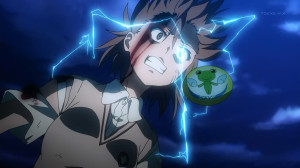 I can only imagine the horror and shock that was going through Mikoto when she found this out. Just imagining being cloned is pretty hard to do. But then having to wrap your head around the idea that you’ve been cloned to make this army of girls that exist to be massacred….that’s just insane. More than anything else to this point, this is the event that should really hit home to Mikoto just how dark and twisted Academy City is. The experiment with those kids from the first season is tame by comparison. What’s putting dozens of children into comas compared to making thousands of clones and having them brutally murdered by a Level 5? I’d just shut down at that point mentally, so props to Mikoto for even being able to move and try to catch up to her clone.

You have to wonder what monsters came up with this experiment. The first option was having Mikoto killed over 120 times….It’s just insane to consider that their only way to level this guy up to Level 6 is having him kill Level 5’s over 100 times. Obviously they don’t have 100 level 5’s or else they might have simply gone that route. Instead they actually decided and took the steps to make thousands of clones of Mikoto in order get the job done. I suppose it’s not hard to believe that people could be twisted enough to just not consider these girls to be human. But it’s just mind boggling that they would want to make a Level 6 so badly that they would murder thousands to get the job done. 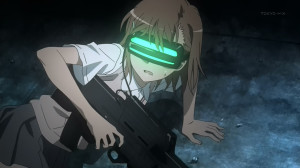 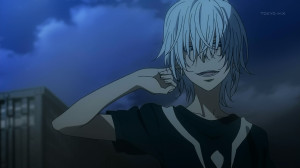 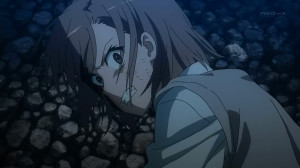 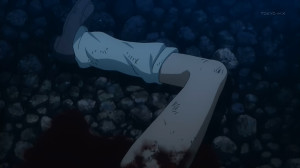 For the sake of simplicity I’m just going to use his name even though they haven’t outright stated it yet. If anyone hasn’t seen Index yet, just don’t google the name later. Anyways, this was just a brutal showdown between 9928 and Accelerator. The girl just never stood a chance. Of course, there was never an intention for her to stand a chance in the first place. It’d be a waste of resources on their side if they created all these clones and then they actually killed the potential Level 6. What hope is there anyways when all these clones are Level 2 or 3? The gun was completely ineffective as well, she might as well be sent there unarmed. I guess the only reason she was given explosives and weapons was so it’d be more entertaining and to help “guide his development.”

It got pretty dark and brutal by the end there. The girl gave everything she had, but in the end it was completely ineffective. You know you’ve reached a dark place when her leg was literally ripped off. One can only imagine the agony at that point. And then that finishing blow…just a quick moment and she was gone. Didn’t get to know much about 9928, but well that’s it. Just crushed and gone in an instant. Definitely the worst time for Mikoto to arrive on the scene. There in time to see what happened, but not to stop it. 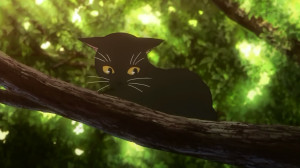 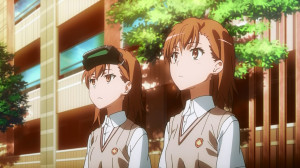 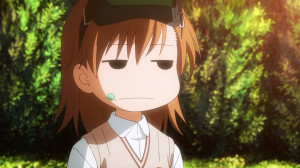 Makes you worried about what will happen next. She is tackling someone who was able and willing to slaughter so many of those clones. If the tests stated she had to be killed over 100 times, it makes you wonder what kind of chance she has. Certainly both are Level 5, but….Well I suppose this will be our chance to see what two Level 5 espers can do when put against the other.

There wasn’t too much lighthearted stuff this week aside from Mikoto and the clone hanging out. Did allow you to get some idea about her personality. Does share Mikoto’s affection for cute kittens, and certainly had quite a high standard when it came to drinks and snacks. Yet, doesn’t appear to have inherited the Gekota obsession that has taken over Mikoto’s life XD. The girl was pretty hilarious at times, but you could feel Mikoto’s frustration in dealing with her. Of course now there won’t be any chance to interact again. Gone, but won’t be forgotten. 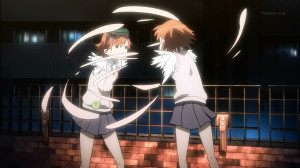 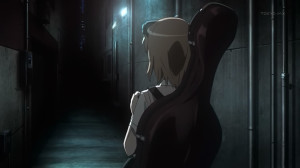 In the end we just went through a rather shocking episode and got to meet a pretty intense and dangerous threat. You can imagine the kind of person needed for this sort of experiment. Someone who won’t have a bit issue with killing thousands and someone who could just mentally handle it. It’s hard to imagine actually killing 9,000+ people, yet Accelerator is willing and able to do that. Now we’ll see how this showdown turns out. Mikoto is running on rage right now which might help or hinder depending on how she uses it.
Score: A