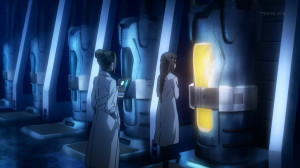 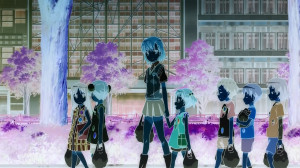 Well this episode pretty much just set us up for bigger things ahead. It was mostly an episode for Mikoto to try and distract herself from what she learned. If she thought too hard about it, she’d probably realize that there had to be at least some clones of her out there. That desire to distract herself probably lead her to being so darn chipper. If she just kept telling herself there really were no clones the relief would carry her forward.

One thing I do like about this from an Index point of view is the depth you get. You see this arc from one point of view, but here we really get an inside look as to how these clones are made and why they behave the way they do. Despite them being the same story the different point of view really does add a lot of depth. 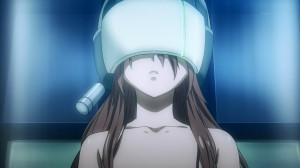 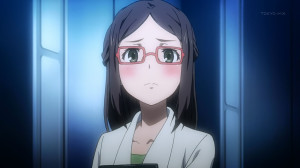 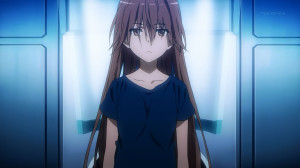 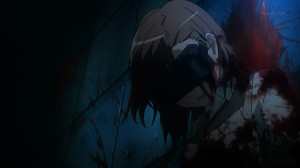 Regardless that scene at the end is pretty damn disturbing. Just a complete and total massacre there. Also having clones cleaning up the remains of dead clones…that’s just screwed up on so many levels. The only possible comparable that I can think of is some prisoner of war camps in WW2. What they are forcing the living clones to do is messed up, but just that many dead bodies shows there is a lot going on here. You have to ask yourself just what killed all of them? Was it just some test of their tactical abilities with the mindest of “whoever comes out alive wins” or is it something even worse?

Either way what these people are doing is incredibly messed up and one can only imagine how much worse it’ll get. Is also pretty disturbing how easily the scientists have managed to detach themselves from what they are doing. The new one was especially weird. She was bothered by the lack of shame from the clone, but didn’t seem to react at all to dead bodies in the nearby room. Guess they’ve really managed to convince themselves that these aren’t really human, but just science experiments.

At least we are getting a good understanding of the process and what kind of people these clones are. Using drugs they can accelerate the aging process to get their clones faster and use testament to ‘install’ their knowledge. Just gives you a bad feeling about all of it when you see a ‘grown’ person just acting like an infant, because mentally that’s exactly what they are. 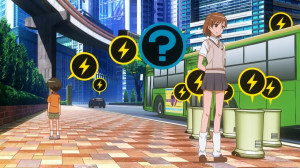 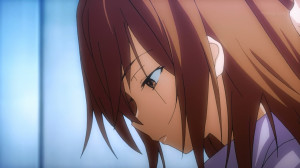 While that chat in the park by Mikoto was silly, it did give some light on this Misaka network. Since they are all electromasters (though low leveled) and they are literal clones they should be able to interact in some manner using their abilities. Though you would expect Mikoto to pick up on it sooner, but maybe the amount of electricity running through Academy City made even that difficult. Or the facility they are keeping these girls in is shielded.

Just kind of sad to look at these clones. They don’t seem to have much in terms of emotions. I guess a weird effect of the process is making them speak in the third person. Not sure how the scientists figure that’s good social interaction, but we’re talking about creepy scientists experimenting on people….probably not the most social people in the world. I guess the lack of emotions works for whatever they are doing there, less reason to have the emotional response to flee. 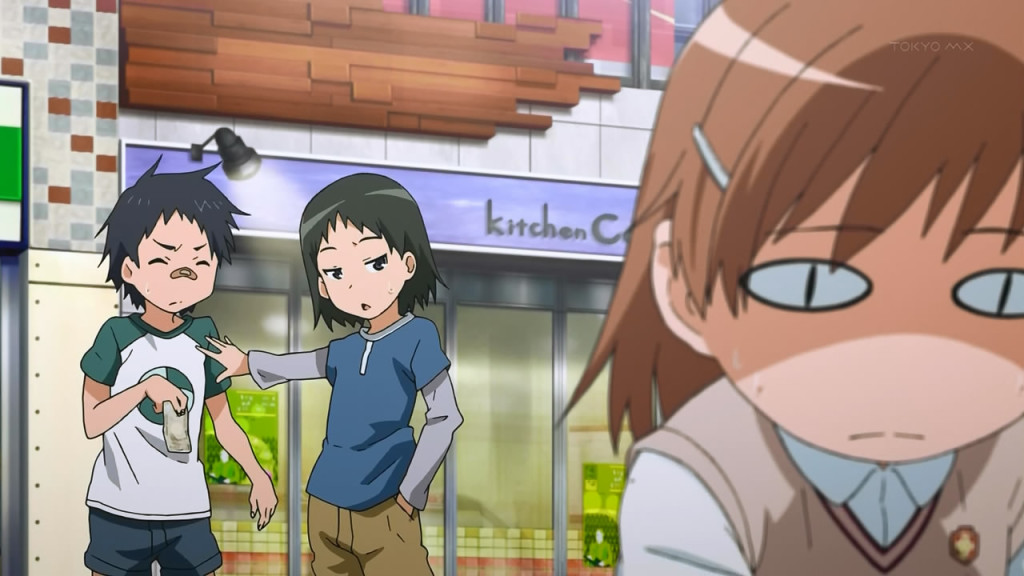 The only light thing we had in this episode was Mikoto freaking out over the Gekota badge. I’m not surprised she actually sacrificed god knows how much money just so she could get a badge that she can’t do anything with. She makes all fanatical collectors proud in this episode, letting her obsession run the show. I agree that they shouldn’t try to stop her. Once Mikoto gets into collector mode, there is no saving any of us.

I hate to tell Mikoto, but you can’t throw Haruue into kiddish swimsuits. That may be your style, but it just doesn’t her. Of course was also an easy chance for fanservice using a new character. I have a feeling they are just piling up the silly and lighthearted moments as high as they can right now because things are going to go very badly. Kind of makes you worried with how far they are going right now.

The talk about clones was interesting if only because even I can remember having that kind of chat with friends when I was younger. Having a clone just sounds cool, because you figure like Saten you can just throw a lot of the things you don’t want to do on them. Though this arc is giving the much more serious point of view on it. The whole thing is actually rather disturbing and unsettling. Having more than one of you could really mess someone up. 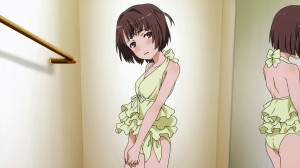 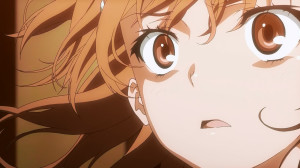 Of course now Mikoto has officially run into a clone. Should be interesting to see how she responds to this and where things go from here. No more chances for Mikoto to close her eyes and pretend it isn’t happening. She has to face this and deal with it.
Score: A-