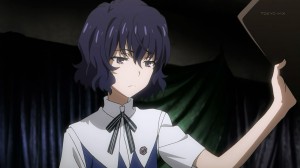 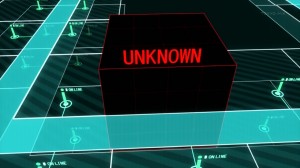 Well, I suppose it wasn’t a shocking development to find out there actually are clones out there. The real question for those that didn’t see Index is why exactly this program continued in some capacity instead of being completely frozen.

Though Mikoto shouldn’t have been that relieved at the end. The experiment itself at least stated that they made a clone. It said they managed to create a body identical to Mikoto in a couple of weeks. That would mean there is at least one of her either in a lab or wondering about. That itself might explain the Mikoto we saw erasing that data at the end of the episode. But, it hardly seems likely that things will simply end with that. That Shinobu girl clearly knows what is going on and wouldn’t go this far unless there was something to stop. 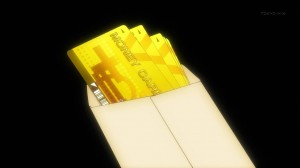 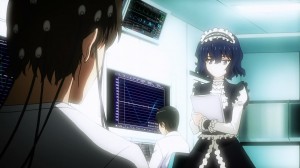 On that note it was a pretty good plan to spread money around the city in order to force people to go into alleys and removing the blind spots from Academy City. If there is an experiment to be run it will be a whole lot harder to do it with people walking around the city. Even if they don’t run the experiment during the day the people who don’t care about curfew’s will still be walking around in the dark hours. It’s not a perfect plan, but it should put whoever is running the show on notice that people could stumble upon this. The plan is solid since if there is anything that will motivate people it is money.

Goes to show there are a lot of geniuses in this world. That Shinobu girl isn’t much older than Mikoto but was pulled into work on a major project like this as a kid. I suppose if Academy City is cloning people then it isn’t very surprising that they’d use anyone if they had the skillset. Pretty sure child labor isn’t even a consideration for them with the apparent lack of ethics of these scientists. 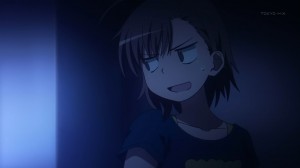 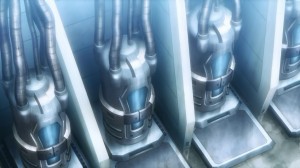 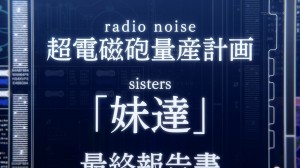 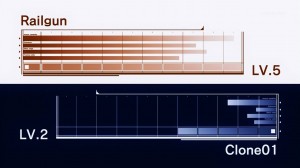 A pretty scary concept being used here. If things had gone perfectly they would have probably brought in other Level 5’s and started making up…a clone army XD. One can imagine how scary things might get in that kind of case. Clones being used as human weapons with powers that few could stand up to. A handful of Level 5s is one thing, but a whole army of them would quite literally change the balance in the world. It’d be pretty tough for an army to keep up with some of the crazy powers that would be on display.

It’s almost a miracle that they couldn’t make these clones with the same level of powers. While there is some appeal I’m sure in being able to clone espers in general, it wouldn’t be as big of a threat. When you consider the cost of cloning and keeping those clones alive I can’t imagine that by itself would be worth it. But again it makes you wonder just what is going on in Academy City then. Something serious is going on in the shadows and Mikoto is bound to stumble into it.

On a positive note, there is something to be said for Mikoto’s versatility. She isn’t just a cannon ready to fire at any moment. Able to easily avoid detection by electronic security, can hack, and even control security robots. Add in her ability to use magnetism to stick to walls or create chainsaws out of particles, and she is pretty capable on numerous levels. It makes sense in some ways why they would start with Mikoto. One, because apparently her mother is never around to not give consent to her daughter’s DNA map being taken and two, those abilities would have variable uses if they could be copied.

Will also say that Mikoto looks great in casual wear. That rule forcing her into her school uniform all the time is the real crime here XD. 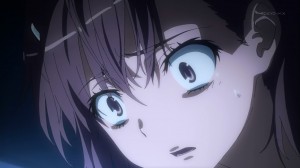 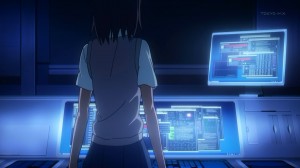 Obviously with the appearance of that clone things aren’t going to just simply end here. The only question is how and when Mikoto realizes something is actually going on here. It’s understandable to want to believe nothing is going on and that clones of yourself haven’t been made. One can only imagine how violating that would feel. It’s like bits of you are wandering around in the world. Unfortunately, she isn’t going to get to just ignore this.
Score: A-