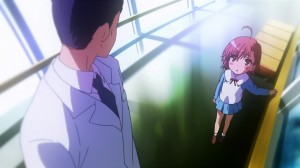 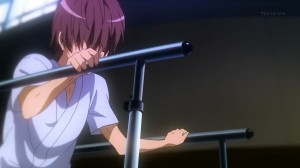 Well, looks like the series is going to get right into the story and not fool around with silly stuff. Not that the comedy in the series is bad, but I do look forward to the more story focused episodes. And it seems like we are going to delve into some dark stuff.

That opening scene really did get under my skin. Not much that’s less creepy than some doctor manipulating a little kid into doing something. Don’t even know what that scene will lead to, but hardly a good sign when you are playing with a kid’s emotions to get access to their DNA. Where the heck is Mikoto’s mother in that kind of scene anyways? Academy City is a pretty twisted place, but kind of scary they can pull that kind of thing without parental permission. 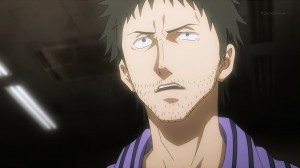 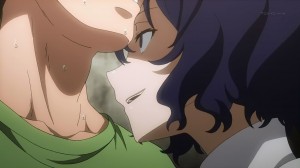 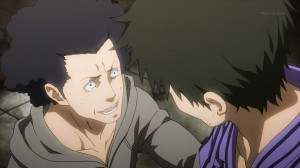 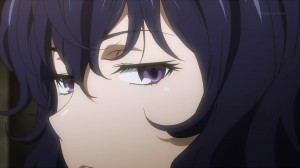 They are hinting that something pretty serious happened to Mikoto in the past and the result is going to impact her now. Saten spotting Mikoto in a place she couldn’t have been, Mikoto being called the “original” by this girl who looks like the older version of the person in her flashback, the rumor of cloning Level 5s, etc. At this point if we don’t see some clones I will be surprised, they are laying it on pretty thick with all these hints. It would certainly line up with Mikoto giving those doctors access to her DNA map.

That mystery girl was pretty impressive though. Did a good job being creepy enough to disturb those Skill-Out guys and take them all down. Really, it was a rather simple ploy. Play up the fact taht she might be an esper to get them uneasy and then use that hidden needle to drug them. After that a quick shock from that paper pop gun. In their state that shock was enough to knock them out. Goes to show what a bit of mental warfare can do. Don’t have to be the strongest to win sometimes.

Still, there is a lot of mystery about that girl. Just who the heck is she and what does she know? Spreading those cash cards around just doesn’t make a lot of sense. I can’t imagine it was to lure in Mikoto since that wouldn’t have any more meaning to her than anyone else. Clearly she’s involved with something, but there isn’t enough to go on right now. Surprisingly there is a lot less hinting at things with her than Mikoto. 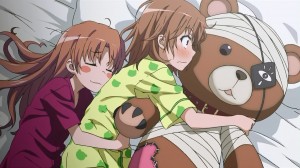 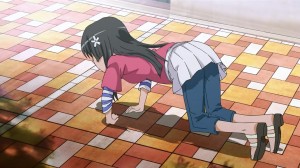 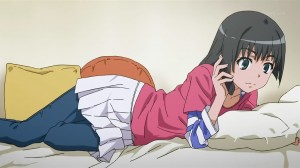 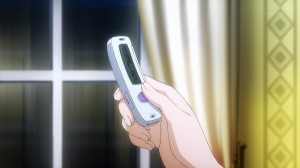 As usual, Kuroko impresses with her level of obsession. Why am I not surprised that she had a voice recorder with Mikoto’s voice on it? There are just lines you really shouldn’t be crossing in this world, and Kuroko just teleports over them. Oh well, it helped in this case so not like there is anything to really complain about there. Just kind of silly that Kuroko would have something like that. Though of course she started the episode off rather boldly with sneaking into Mikoto’s bed. She is not lacking determination that’s for sure.

Also not surprising after talking about Saten in dark alleys last week….Saten is seen in a dark alley. Of course, at least this time she’s not the only one hunting around through those alleys looking for money. Any bets on if Saten told Uiharu if she found more than 1 card? I mean if people are going to leave money laying around anyways….Not like Judgment doesn’t have enough as it is. Really is like a bloodhound though. I suppose rumors and money are things she is particularly good at tracking down. Not sure if it will ever help out in a serious way, but was rather comical. 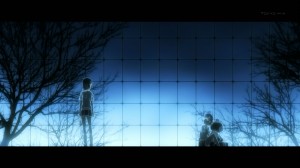 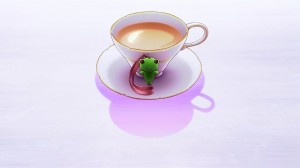 So this time got to see the ED for this season. I didn’t think it was bad. The song was pretty enjoyable to listen to and visually it was fairly nice. Of course, if anyone thought the episode was hinting at things….the ED pretty well blows that out of the water. I thought it looked pretty nice cutting to various characters in different locations. It was a bit distant at times, but overall the style was good. The song wasn’t anything too special, but it worked for the scene. 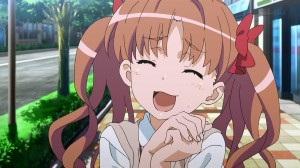 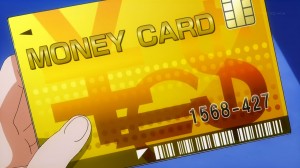 So it appears the main story is just about ready to get underway. It should be fun to see what’s going to happen and if all that action in the OP will really come true. At the very least it should be an interesting conversation between Mikoto and….Mystery Girl A, next week.
Score: A-