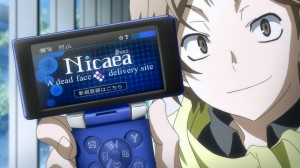 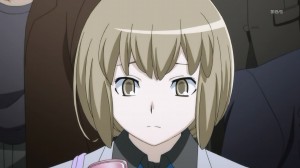 I’d say that game adaptations are as tough a thing to manage for anime as any. It really is quite the different storytelling medium and it’s easy to not manage it properly. In this case I haven’t actually played Devil Survivor 2 so I can’t say how well this first episode does in that respect. But, I will say that the first episode did catch my attention and leave me eager to see what the rest of the series would be like. It set the pace well and provided enough action to give an idea of what to expect going forward.

While it might be based on first impressions, I do like the main trio we met in this episode. Hibiki looks to be a solid main character. Seems to be a nice enough guy and pretty quick to act when things start getting out of control. A good tip to future enemies might be to not put the lives of his friends in danger XD. Daichi seems like he’ll be a good guy to keep the mood positive. Though clearly this episode showed that he is also the type to take some extreme actions when under stress. I mean damn, taking that truck and slamming it into the monster in this episode was a bold move. Io is a cute character and seems like she’ll be more stressed out than anyone else in this situation. Of course was the person who couldn’t actually contact her family and was the first to summon that demon. Also was the first to have two of them in the summoning app. 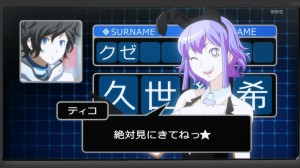 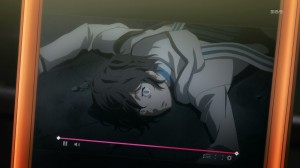 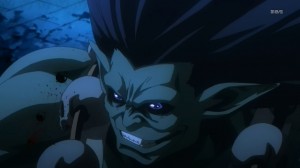 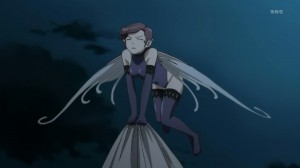 In the end will take time before we really get to know all these characters. Regardless, this was a case of life going to hell in a hurry. At one point they are taking mock exams, thinking about their futures, and the next they are in a fight for their lives. The scene just before the train station was good to set their personalities out and show just how they don’t have anything concrete in mind for their futures. But even still, when the choice came down to living or dying they made the call to try and live. While you would think that most people would simply pick live, there may be those out there that wouldn’t actually pick it. I wonder if that was the difference between those who lived and those who seemed to summon those demons after death.

There is just a lot that isn’t clear at this point in time. What is up with that site that showed their likely deaths? Is that site the source of everything that is happening or just connected to it somehow? What does it mean that none of them actually registered on the site? It’s just that they uploaded themselves onto the site. Maybe it’s some sort of punishment? As in, if you are twisted enough to register to see images of your friends dying then you will not get the choice to live or not?

Regardless, I do like the idea that they are summoning these demons through apps on their phones. Geeze what can’t phones do these days XD? Honestly though, it is an interesting concept. Especially since it appears you will get to see the various demons you can summon through that app. Wonder if it means you can also select who to summon when, for the sake of tactics. In that case, making the right decision will become doubly important. Of course with Hibiki getting something as powerful as Byakko as his first demon, who needs to get any others XD? I’m looking forward to seeing more fights going forward since we can be guaranteed to see some interesting demons being summoned forth to attack. 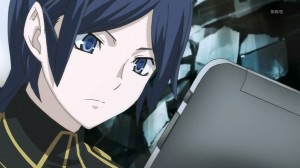 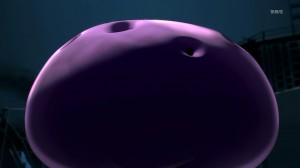 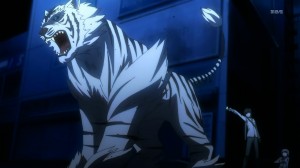 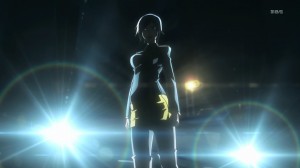 Of course, if they run into something as dangerous as they did today….they’ll need the help. That thing was truly a pain to deal with. Shooting off those shrapnel shots at anyone running and able to create a massive explosion around it to take care of enemies who come in too close. If he had summoned something less powerful, Hibiki might not have made it out of this episode in one piece.

There are still a lot of questions about what is going on. At least the organization that stepped in and captured the main characters at the end seems to know something. Seems to some extent they have the summoning apps as well. Might get some answers from them next episode. Until then we still have too many questions and few answers. Why is all this happening right now? Why did the cell service and news report suddenly cut out like that? All I can say is that something really bad is going on right now and the main characters are most definitely in the middle of it.

Visually I thought the first episode was solid, and seems like a quality level that should be sustainable. The battles didn’t last too long, but they didn’t look bad so hopefully that remains consistent throughout the series. 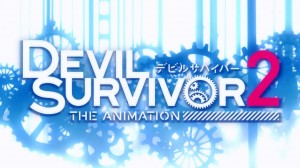 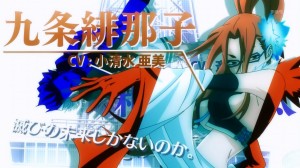 I thought the OP was alright. It didn’t sound like anything spectacular, but it certainly wasn’t a bad OP. Had an interesting visual look to it with introducing the characters and their voice actors like that. Also seems like it will have a kind of preview quality to it. Not sure if that will remain the same with each episode, but might not be a bad way to remind you where you left off and what is about to happen in the episode. The song was just alright. It had a good beat to it, but that’s about it. Again, I’m left thinking that it was better being just average than terrible. 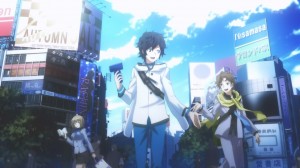 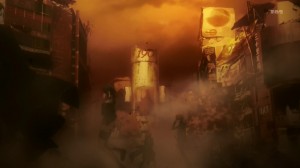 The ED was certainly creative. I liked how it went from the main characters in a normal setting to the back ground changing and then slowly panning through who I assume are all characters we will meet through the series. I thought it was a good effect going backwards through that destroyed city, before reversing and changing back to an undamaged city again. Was just a nice effect and might have some good symbolism to it as well. The song didn’t really impress me too much, but I think upon listening to it a few more times I might come to like it. 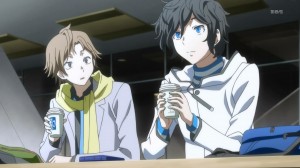 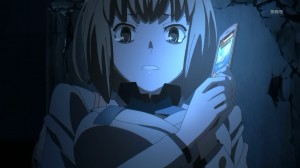 Devil Survivor 2 had a good start to it. It drew me in with the characters and solid amount of action. Since it is based on a game I’m assuming we’re going to have a pretty quick pace going here. At least that should mean we aren’t going to get bored while watching the series XD.
Score: A