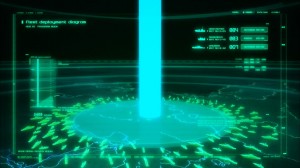 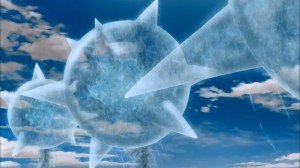 Well, here we go. Zetsuen no Tempest is heading into the last episodes and this should be a pretty crazy conclusion. It’s round two against the Tree of Genesis and time to see if they can save the world or not. I have to say Mahiro’s plan is pretty straight forward and effective. A good way to limit the casualties of the stupid people trying to defend the Tree of Genesis. The Tree that killed all those people, makes sense.

Not a bad plan overall though. Quickly take control of the ships closest to the tree and get them out of range. When the pillar goes down everyone would die unless they got moved. Not a bad plan either to have a bit of role reversal for Hanemura and Hakaze. Make them focus on who they think is the threat and draw them into range of Kusaribe magic. Also makes them not think about Hanemura as anything but an ally. Gave him the chance to slip on in and prepare his big battle. I doubt the pillar will go down without a fight and it’s his show now. No one else can help him out and somehow that guy has to save the world. 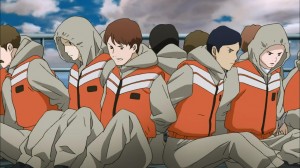 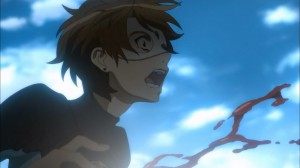 And of course there’s always a wrench that gets thrown into things. Yoshino got himself shot! Why is it always Yoshino? Of course maybe it was all the death flags getting waved around in this episode. All this talk about “we’ll leave you behind”, “we won’t help you”, “I wouldn’t be able to face you anymore”, etc. There was just too many times that they hinted regarding Yoshino going down. Now they’ve managed to create the exact dilemma they talked about over and over again. Are they going to risk the operation to save Yoshino? If Hanemura succeeds Kusaribe magic is going to vanish. Who wants to be the only thing that can save him now is that exact magic? Now the question is going to be are they going to save him or let him die in order to save the world?

I suppose one thing this does is give Mahiro someone to take revenge on for once. You don’t shoot his friend and get away with it! Aika took her own life and he was left in that terrible position of having no one to vent on. This idiot just went ahead and shot his friend….yeah, I don’t see him living very long. Frankly I don’t even care what happens to this guy. He’s part of the group of idiots that thinks “hey a tree that murdered two billion people clearly deserves our protection!” I’m sure no one liked those two billion anyways. I swear, maybe people really are sheep. 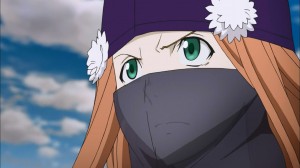 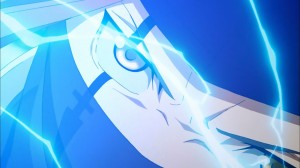 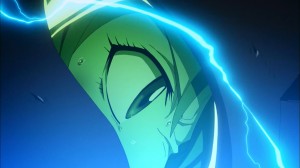 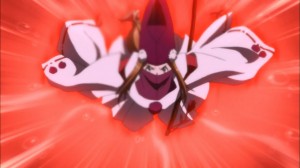 A pretty fun showdown for Hakaze and Hanemura. The plan really pushed Hakaze to her limit. She had to make it appear like she was the Mage of Exodus. Though to be fair the soldiers were dumb enough to not be able to tell the difference between red magic and blue magic. I don’t buy they didn’t know what to look for since there should have been enough recordings of Hanemura destroying trees left and right. Still, I enjoyed Hakaze’s fight in this. She had to be mindful of distance, Hanemura’s long range attacks, and missiles. Of course she could use the missiles as offerings, but it still required good balance on her part.

I’m curious about what Samon is going to be doing specifically. I did get a chuckle out of Tetsuma also having to dress up and being told by Hakaze that he needs to not lose right away XD. It seems like there is more to this plan than might be expected. We can also expect the military to respond by going after the Tree of Exodus. If they feel like the danger is too high then they may try to cut Hanemura’s source of power. That will be a tough fight, but at the same time I’m sure the Kusaribe clan can handle it. Defense is their best quality. Though who would have guessed they’d have to put their lives on the line to defend that tree? 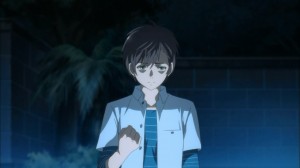 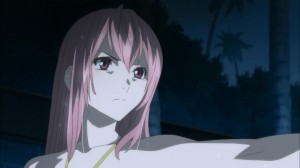 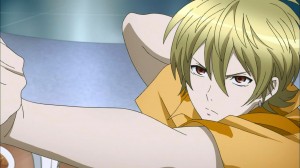 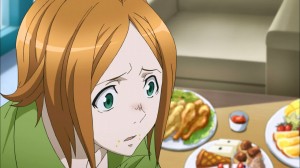 Not a bad potentially last conversation for Hakaze and Yoshino. She really is straight forward when it comes to things like that now. Which certainly puts Yoshino in a spot. I don’t blame him for not having a strong response for her right now. You can’t just tell him to get over Aika’s death just because there is someone else interested. Everyone has their own pace and time and some just can’t move on. A lot worse when it comes to Aika taking her own life. You can say she couldn’t because of time travel and all that, but still…she just made her decision and that was that. She didn’t consult with those two or let them even be there. Logic aside, I think that is part of what really digs at those two. The fact that she died for their sakes almost hurts more than helps. It’s like saying “if we weren’t around, she wouldn’t be dead.” I can understand Yoshino’s wish to just be there through this moment. He doesn’t want to just hear that someone important to him died again. Even if it means being put at risk, it’s better than doing nothing. Heck, for all we know he’s actually seeking death.

A good talk between Mahiro and Hanemura as well. I’m sure Mahiro wishes he was the one with the power right now. He could settle this and take everything onto his shoulders. Hanemura has all the responsibility. Mahiro at this point can’t do much either, except be there. I like though that while he feels powerless right now he doesn’t plan on staying that way. He’s going to find some sort of position that will let him make the world a better place. So….he’s going to take over the world? Anyone thinking world conquest is in his future? I don’t know, there aren’t that many positions that lets you make the world a better place. The world is kind of a big place and tough to deal with. Still, nice little talk given to Hanemura before all this goes underway. Another reminder how good a guy Mahiro is at his core. Not a perfect person, but not evil either. 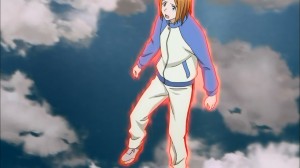 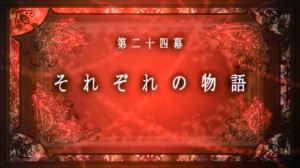 So with Yoshino down and hurt things are going to get complicated. Choices are going to have to be made here. Are we going to end in tragedy or find some sort of happy ending? We will have to wait and see.
Score: A-