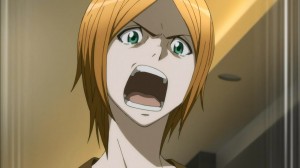 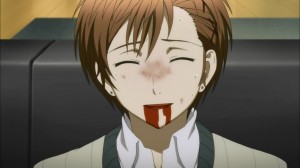 I suppose it was up to the most normal person in the cast to flip out after hearing the truth about Aika. It’s not surprising that Mahiro and Yoshino were so relaxed. Both those guys are pretty good at enduring bad news. I agree with Hanemura’s message in theory, but I just think beating Mahiro and Yoshino up was a bit excessive. That guy needs to be aware of his own strength right now. He’s been physically training and has powered up with Exodus power. If he started using his power…he might have killed Yoshino with that punch. In fact without the healing from Hakaze, Yoshino might have actually died from those internal injuries.

But yeah, I like that someone told them to freak out. Aika killed herself! The reasons doesn’t matter and it’s not alright that it was for a good reason. She died and left them behind. I don’t know what message she left behind, but it can’t simply justify for them personally the pain and suffering that resulted from her death. Aika decided the best course of action and left them to live with the consequences. Logically it’s understandable, but it would only be human to respond with frustration, anger, and sadness. But the point Hanemura missed is that this isn’t the time for it. They can only be upset if civilization will survive past this point. Right now they are two of the key pieces in saving the world even though they are the ones without any special powers. 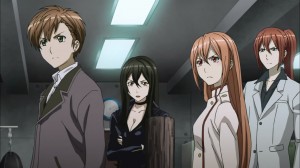 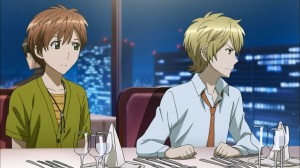 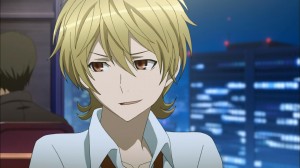 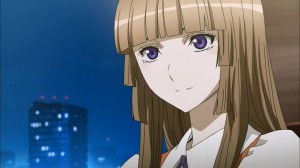 I did like the flashback though. Setting up the first meeting and showing just how all their lives were going to be changed. For Aika it had to be a strange experience. Her whole life people had kept a distance (physical or emotional) from her and suddenly these two were so easily getting comfortable with her. In their own ways they made her feel like she belonged somewhere. Even for Aika these were two very unusual guys that didn’t react in the way that she expected them too. I can certainly understand her deciding to sacrifice herself to secure a future for them.

Though will have to see if Aika’s intentions will result. Honestly, we don’t have a full understanding of Mahiro’s plan here. And I can certainly see him willing to do whatever it takes to destroy that tree. Even possibly sacrificing himself in some way. But I do think he’s the kind of guy you need in this situation. Focus on the absolute goal here. No matter what you do there is going to be a negative effect of destroying the Tree of Genesis. But frankly, long as the world survives it’s better than the alternative. In the end just focus on getting the job done and don’t worry about the rest of it. 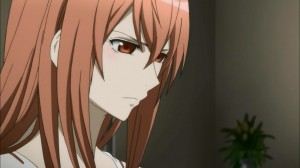 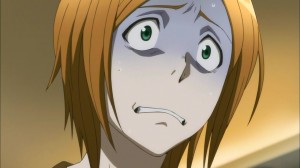 It will be interesting to see how all of this works out. Mahiro and Yoshino are going to do something extreme here. Both of them have a powerful tie to Aika and are now at the center of this crisis. Hanemura’s power may be what they need to destroy the tree, but he’s really a sideshow in the end. I just wish we had the full plan to dissect here. No matter what I will say that Mahiro and Yoshino are a favorite in terms of a pair of friends. They just mesh so well and neither would ever have come this far alone. They hit on this early with that flashback of when they met. While Aika might arguably be the center of all of this, these two are a close second. The world is counting on them and they became something special because of their friendship.

I am glad though that Mahiro shut down any self-blame on Hakaze’s part. She has had a bad habbit of putting it all on herself. If you start debating on who is at fault on secondary arguments it spirals out of control. Mahiro and Yoshino wanted her to go back in time to find out the truth and Yoshino even wanted to have Aika saved despite the impossibility of it. Aika outright did this because of them. She wanted the world to continue so they could live in it. If you look at it that way they are more responsible than Hakaze. But, in the end it was Aika’s decision. Aika killed herself and more than refused the attempt of Hakaze to stop her. Telling Hakaze that it’s her fault would be crazy. It does suck for them that there is no evil killer to hate for this. The one who did the deed is the one they cared about and came this far for. They can endure this for now, but it has to be destroying them. 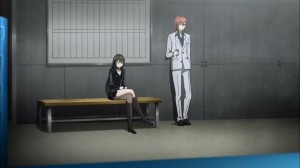 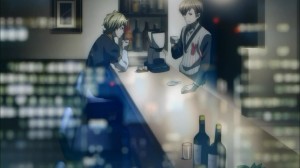 We are setting up for the end-game here. I’m looking forward to seeing how things turn out and what Aika’s message was. I really would appreciate no weird twist on Aika’s fate though. Let’s have her be that girl who sacrificed herself. I just hope everyone gets out of this alive. I’d like them to avoid any more tragedy if possible.
Score: A-