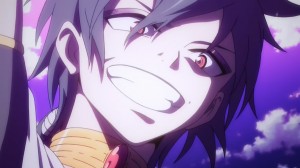 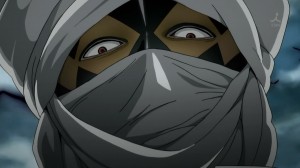 Things are never easy within a dungeon. If the problem isn’t the djinn going rogue, or weird monsters, you also have Al-Thamen making their more. You did expect that after spotting those suspicious guys before Alibaba’s group entered the dungeon, but talk about rotten timing. They just made it to the treasure room and looks like things are only going to get harder.

Not that things are going great in Sindria either. Judal pays Sinbad and company a rude visit and it sounds like war is coming. It’s kind of surprising that Al-Thamen waited this long to openly challenge Sinbad. That guy went around clearing so many dungeons and putting together a powerful alliance. But if war really is coming then Sinbad needs to get back up on his feet. 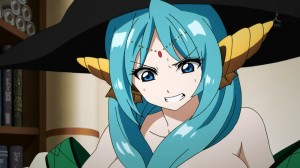 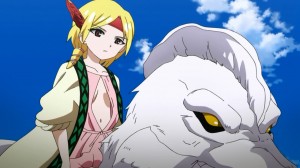 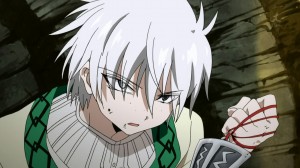 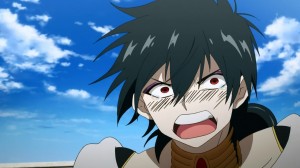 Kind of sad that in the end Judal really wasn’t affected by his past. That itself might be the trick, but have to take some things at face value. Maybe he really has been so twisted up by Al-Thamen that he can’t even care anymore about the truth. Even though he knows his family was massacred he seems so focused on enjoying himself that it doesn’t matter. A dangerous and corrupted magi. If he was good at anything it was getting everyone around him pissed off and ready to fight.

His words did have some value though. The appearance of Aladdin really has shaken things up. The historical accuracy of only 3 Magi appearing has been firm until this time. His appearance has a special meaning to look out for. But was also nice to know there are other Magi out there. It makes you wonder where their allegiances stand and if they also have King candidates prepared and ready to bring forward when the time is right. Regardless, Judal does remain a guy that gives me the creeps XD. 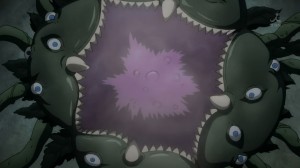 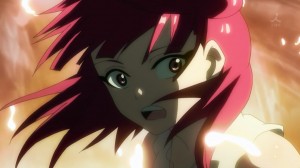 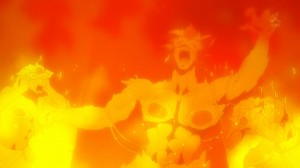 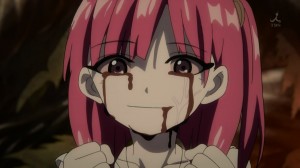 This was a high point and low point for Morgiana all at once. She gave everything to save the others and almost lost her life in the process. Morgiana really does have a kind soul. Always looking out for the others and doing her best to keep them safe. Wanting so much to be useful and helpful to the others. Her desire to repay kindness and compassion are respectable traits. Nothing is harder for Morgiana than the feeling of not being able to pull her own eight and protect those she cares about.

I suppose it’s not a major shock that Morgiana doesn’t have massive supplies of magoi. With her insane physical strength there was bound to be a downside at some point. Still, it was rather disturbing watching what happened to her after she won that fight. The blood and expression on her face was something scary.

It all just contrasted to her high point of absolutely winning that fight in style. Morgiana finally understanding how to use her household vessel. The words Aladdin said to her really triggered that desire to save the others and find her own way to fly. It was pretty funny watching her get by with those chains, but her finishing move was all badass. While it didn’t last I did love how happy she seemed after winning. Just looked so happy to have been of use that I couldn’t help a smile.

Kind of frustrating that Zagan is hiding out and using that fake to interact with others. We still can’t tell what kind of guy we’re dealing with here. How could he mess around with people and use lives like that? They need to take that djinn down or at least wake him up! 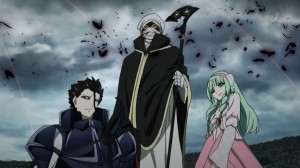 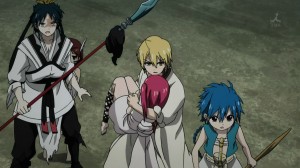 So, overall a solid episode. I had fun with Morgiana’s battle in the pit and it’s setting up for some major fights ahead. Should be interesting to see how Alibaba and company deal with the situation. Morgiana needs help now and they really don’t have time to play around.
Score: A-