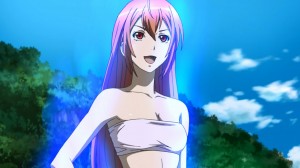 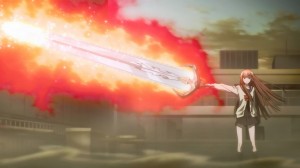 Well it was about time to get some answers and for sure the series did a good job delivering some. Really the biggest question of how Aika died is still up in the air, but let’s face it a much more important bit of speculation was confirmed in this episode.

So first of all have to say this, I called it! Ok, I may not be the only person who did, but damn I still feel good having called it! I feel bad for Hakaze since she was probably the only person in this situation actually surprised by this development. The longer things went on frankly she seemed like the only person who could be the mage of Exodus. I never bought the Yoshino angle even if you throw out a split-personality. For the simple reason that he’s never shown any sign of it other than being obviously messed up by his girlfriends death. It was his own alibi, but also saw him at home when Mahiro reported the death. If he only had the heart of Exodus no way he could kill Aika and make it back in time to revert back and get ready for his date. 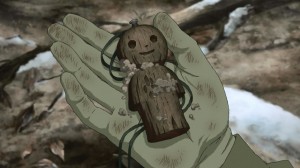 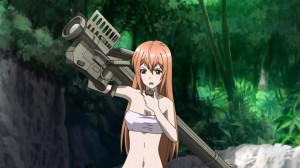 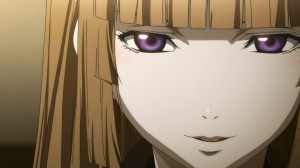 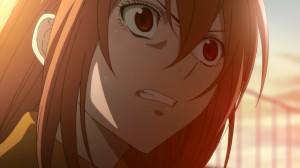 Either way, this does help clear a few mysteries. Aika is the full blown mage of Exodus and certainly makes Hanemura look like a kitten. She has the full power and clearly knows how to make full use of it. I mean come on, she freaking pulls out a giant sword out of nowhere XD. Though I’m not as impressed since a smaller character pulled out a sword just as big in Sword Art Online XD. Looks like things aren’t going to be settled so easily here.

The question is what the heck is going to happen here? Hakaze killing Aika was a possible result, but that was back when Aika was seen to be powerless. Of course you could argue that killing her now would make even more sense since now things could easily devolve into an all out battle. Not like the major representatives of the Tree of Genesis and Exodus need a reason to get into a fight anyways.

The one thing against the Aika being killed by Hakaze theory is when you try to think long term. What was Aika doing there in the first place? Not in that spot, but in that town period? Someone that powerful just happened to be relaxing in that town? She just happened to get into a relationship with Yoshino while getting Mahiro to fall for her? Anything is possible, but I think this pretty well confirms that Aika sent everything into motion. I wouldn’t be surprised if she did fake her death somehow. Things can get even more insane depending on how you look at it. Hakaze gets killed by Aika and used to fake her own death is something you can throw out there. At this point I’m not cutting out any theories since who the heck knows what is going to happen here. 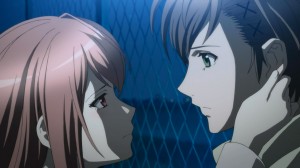 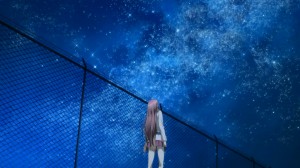 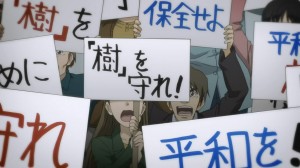 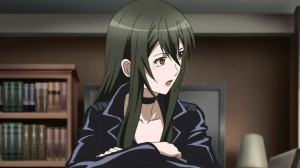 As to the situation overall it’s a pretty messed up one. People are actually supporting the defense of the Tree of Genesis. I would agree that people do seem fine with making some sacrifices for comfort and peace. The dead people are already dead, so making them honorable sacrifices for the sake of their own happiness and peace is something I could see as possible. But you can’t say everyone is in the same boat. Plenty who have and are supporting Hanemura’s attacks too. Maybe not as many standing out in public, but with a tree that can wipe you out for doing the wrong thing I’m not that surprised. Sadly it does seem probable that things will go to hell once the Tree of Genesis goes down (if it does). There may not be as many warlords or terrorists around after the Tree wiped out so many people, but I’m sure there will be enough people ready to cause trouble now that they aren’t afraid of the consequences.

I really feel for Hakaze. She’s put in this terrible position. Even at this point Yoshino is the type stil asking if they can somehow revive/save Aika. Once again Mahiro isn’t even bothering to bring up something like that knowing it can’t be done. He’s just trying to stay determined to kill Aika’s killer whoever it might be. Hakaze has to put up with the guy she loves asking her to save a love rival who she may in fact have to kill. It’s kind of scary though how Hakaze can spin things. If she kills Aika then gets killed in turn she won’t be forgotten by Yoshino…kind of scary reasoning. I think she’s getting dangerously close to crossing from the Tempest to Romeo and Juliet. 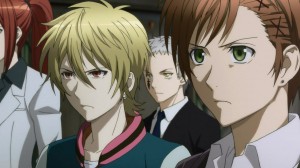 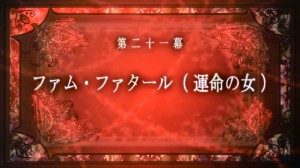 So now we set up for the rest of the series. Things are picking up for sure and should find out next episode just how or if Fuwa Aika died.
Score: A+