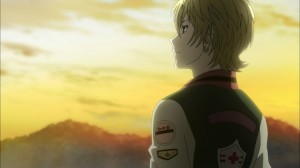 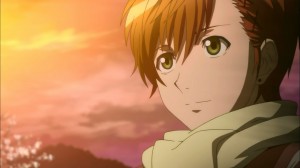 Well I can join the majority of the cast that was surprised by how this episode turned out. Since we first found out that Yoshino was dating Aika the reveal seemed like a tense thing. What was Mahiro going to do when he found out? While obviously the killer of Aika was something far more important to him, finding out that Yoshino was dating her was bound to set him off.

Instead we got a Mahiro much more lost than I expected. Maybe it’s the fact that he’s had time to dwell on his own feelings that has lead to this change. Though it’s not like he’s happy about this news, but rather he can feel his lack of right to be angry about it. In the end what did he ever really say to Aika? He never even understood his own feelings before she died. While those feelings were there and apparent to others, it wasn’t something he could face yet. At the end of the day can he really just pick a fight because Aika chose his friend? He gets Yoshino and certainly this is someone he knows is also hurting badly because of the situation. So in the end Mahiro didn’t need to throw a punch, because there was nothing in that reveal to be angry about. 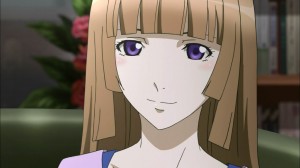 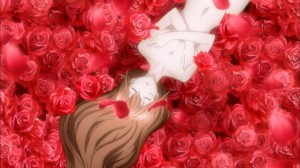 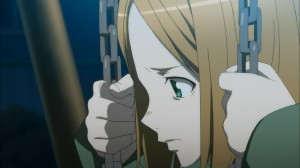 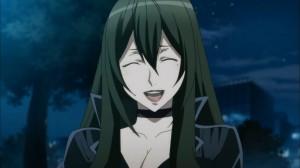 This episode just shows the bond between these guys and how they are both strong in their own ways. Mahiro and Yoshino both kept up this illusion of being alright in front of each other. They were both suffering, but focused on other things. Of course could say it was the wrong thing to do, especially for Yoshino who has been sucking in that pain for all this time. But I think their strength is more related to being able to work towards what they believe in. While it is for revenge, Mahiro has kept his eyes on his goal. Yoshino has been trying to make Aika’s death mean something. If she’s going to be dead he will make the world saved and make her death the reason the world was saved.

I can understand someone like Hanemura being unsettled. Both of these guys are enduring something so much more than he probably could in their place. They are pushing ahead even into a situation that is dangerous and full of risks. Hanemura has the power, but unlike those three he doesn’t have a really powerful conviction. He just hoped that his girlfriend would think better of him if he saved the world, but really he seems pretty lost out there. I can agree with Yamamoto that it’s hard to find who is right here. Yoshino and Mahiro are trapped by their past and Aika’s death and Hakaze has been dragged into it. Samon and company just look at the goals and have always been willing to sacrifice a certain amount of lives for what they perceive as victory. Who knows what the right thing to do even is? 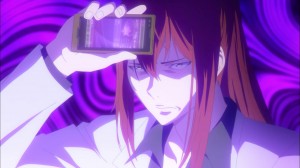 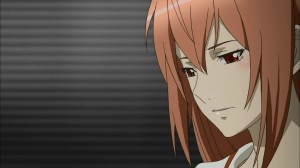 There was a bit of fun in the episode. Hakaze has gone full out in love mode here. At this point nothing she does will change the past so she’s just going to be all over Yoshino. Soon enough she’ll find out just who killed Aika and why. Even if it is a hopeless endeavor she might as well try to get Yoshino to look her way. Hakaze is smart enough to know that her love might remain one-sided, but trying isn’t going to do any harm at this point. Was also fun having her throw into Tetsuma’s face the difference between her and Samon. What took Samon a year only takes Hakaze a small amount of time. But really, the best part of the episode was probably Samon’s reaction to the reconciliation between Mahiro and Yoshino. That guy’s whole life is at the mercy of teenagers XD.

What a crazy idea though for Hakaze to go back in time. I suppose it is the only way to really find out who killed Aika though. Their tracing method got them nowhere and finding the Heart of Exodus is just painful guesswork. So, really it should be an easier method for Hakaze to head back and find who did it. There are risks if someone powerful was actually behind her death though. But they do have a method for time travel and a way to stay in communication while she is gone. At this point they have to try something or else they won’t get any answers. Reviving the last fruit is too risky when they don’t know who the killer is. That person might interfere in what is going to happen and that’s the last thing they can afford right now. Let’s hope this trip doesn’t go too badly. 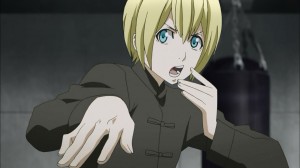 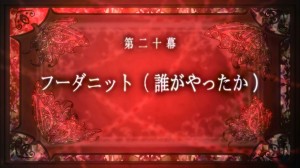 Should be fun to see a meeting between Aika and Hakaze. While this episode surprised in the lack of fighting, I wonder just what kind of action next week will bring? Aika’s murder is probable and we should finally get a peek at the truth.
Score: A