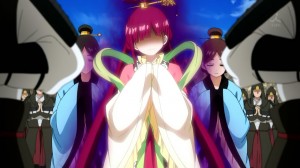 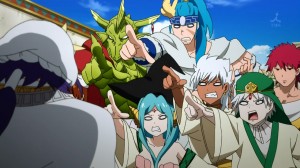 Well this episode turned into an entertaining thing by the end. A good chunk of the episode asking the question “did he do it?” I really wasn’t expecting this to happen though. I completely thought that Kougyoku was angry because Sinbad didn’t spend any time with her. Instead she had a legitimate reason to be angry going into this episode and a reason to pick a fight. I’m kind of glad there was an excuse for her behavior since was going to write her off there. Instead she comes off better as someone who was just freaking out and while jumping to conclusions, jumping to them from a pretty unusual situation.

It didn’t help at all that everyone wrote off Sinbad as being someone who would do something like that XD. He might have the opinion that he’s never done anything disrespectful when drunk…but clearly he’d be the only one to say that. Makes one wonder how he hasn’t been forced into a marriage by now. I guess it makes sense that his allies were actually monitoring how much he drank and whether he went to sleep alone. It is good that nothing actually happened since I’d feel bad for Kougyoku getting together with Sinbad over something like that. 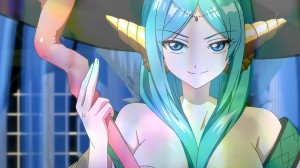 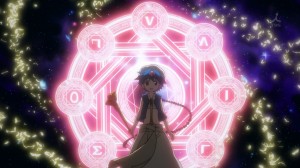 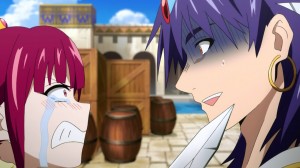 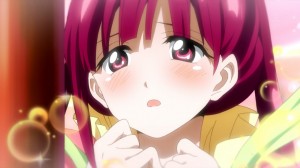 It was pretty fun watching this situation go back and forth. One side would argue what did happen and then Sinbad would get a bit of a counter saying what he did not do. I did think for a moment there might be a small fight going down there. Kougyoku was pretty darn pissed, but also just extremely embarrassed by the situation. One positive from this situation is that it has brought her to Sindria. So she can still legitimately try and get together with him. Though it seems like a hard job with the type of personality he has. At least her odds are better now than if she was still in the Kou Empire.

Sinbad was saved there by that water magic. Since it showed what happened he was cleared of any wrongdoing. Though I think he was the only one who expected that result to come up. It really shows how talented in that kind of magic she is. Aladdin will certainly be able to learn a lot from her. Right now he’s just putting together a lot of power and throwing it at the opponent. He really isn’t showing a great deal of creativity, but that just means it’s time to learn. 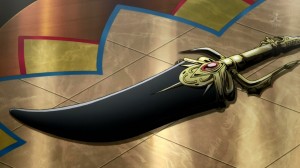 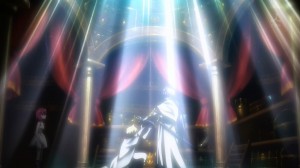 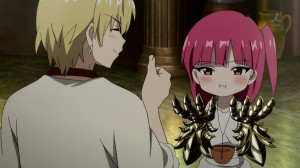 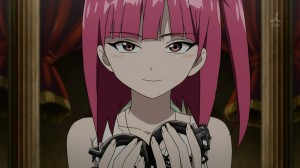 I did find the whole business of metal vessels to be interesting. Frankly I’ve been wondering why Sinbad’s followers do have that kind of power. But makes sense how they explained it. And it gives a chance for Morgiana to gain even more power. Though I didn’t quite expect her to pick what she did for her household vessel. It did surprise Sinbad and Alibaba plenty as well. Though I can see where Morgiana was coming from. Those cuffs for better or worse tie quite tightly to her past and who she is today. Like she said the three key people in her life are tied to those cuffs. More than jewelry that she’s probably not comfortable wearing yet, somehow tying those cuffs to her current power would make sense.

Alibaba could say anything and Morgiana would be happy about it. She really is head over heels in love with this guy. Even when he suggests something ridiculous like those golden talons she was completely taking it at face value XD. Sinbad’s opinion that you shouldn’t say that might apply to normal people, but Morgiana doesn’t have that kind of sense yet. While I don’t expect major developments with the genre, I really am pulling for Morgiana and Alibaba.

Of course another part of this was the issue with the Kou Prince. Considering how dark the Kou Empire is, I’m almost not surprised to hear that he wants to destroy it. Makes me wonder what exactly has made him think like this. Not often when you are the Prince of an Empire do you immediately want to destroy it. Not exactly what his sister is after either. The coming episodes should be pretty interesting. 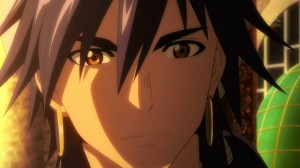 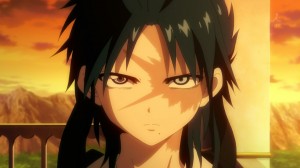 Overall this was pretty fun. I was pretty sure Sinbad did nothing, but watching the faith of those around him shatter was funny. He really drew to him an interesting group, but when it comes to women they have no faith in him whatsoever XD.
Score: A-