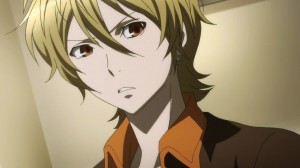 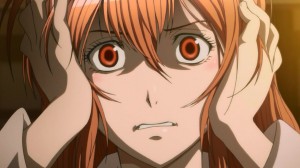 I think this is the episode we’ve needed for a while. Really having Yoshino confront his reactions and feelings towards Aika’s death. Of course also important to throw the truth into the face of Mahiro who has needed to hear this for a while. Though I will repeat from last week that Hanemura stepped on a landmine with what he said. Saying he touched on something he shouldn’t have would be understating it. He hit Mahiro with a truth he’s probably been dodging for quite some time. Somewhere in his head Mahiro had to be thinking about it, but never been willing to actually say anything.

There was quite a bit of plot progression in this one. Hakaze has decided to take action, Hanemura is getting more powerful, we have a theory about the Tree of Genesis, and things have been set up for an epic meeting between Mahiro and Yoshino. I honestly can’t wait to see how things unfold. There was a lull in the series as people were just reacting to the situation and not actually doing a whole lot, but now things have really stepped up and it should be fun to see what the whole truth is. 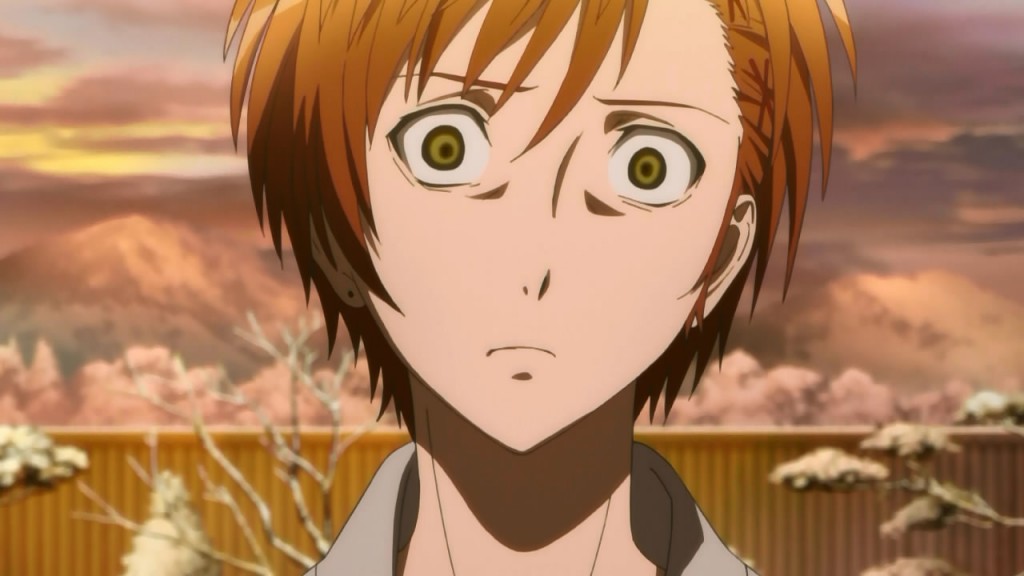 Did I just stumble into a horror series?

It was pretty shocking to see that almost dead expression on Yoshino’s face and really just his eyes scared the heck out of me. I think underneath it all this is how he’s been feeling the whole time. Getting thrown into this mess meant so little to him because he already lost what mattered most in the world to him. He was a bit more responsible than Mahiro, but underneath it all he was just not feeling things. Think he’s had those eyes ever since he heard on the phone that Aika was dead. Just collapsed and couldn’t do anything for quite some time. Yoshino has a good head so logically he could understand that nothing he’d do would bring back Aika. So in the end what’s the point of responding or feeling things that wouldn’t change the situation? By thinking that though he skipped actually grieving over Aika’s death. He felt sad and hurt, but never really broke down and just cried over her death.

Does part of him blame Hakaze for Aika’s death? Yeah, probably does and really feeling anger and blaming others is just human. It’s fine after to logically understand that Hakaze had no control over the situation or wish for things to turn out like this. In the end everything just had to come out at once and props to Hakaze for pushing. Yoshino could have just kept on going without facing how he felt deep down. It all started really with asking if he could even be happy again. Until then I don’t think he really thought about his own happiness. 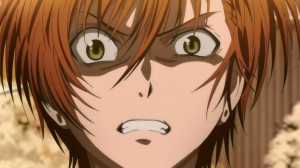 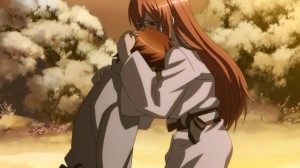 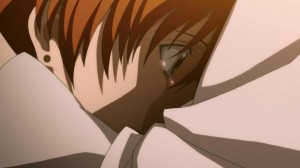 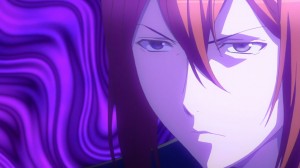 It was almost a relief when that dam burst and he just let everything out. Up to that point you could almost see the theory of him being the Mage of Exodus. Who else could just not feel things the way that Yoshino should be feeling? But in the end the tears came and he just had to face that pain and sadness. Did think at that point “can you really think this guy is the Heart of Exodus?”

This was almost the beginning for anything that might happen with Yoshino and Hakaze. Though it is just the beginning of the grieving process for Yoshino. She was there for him when he needed her to be and Hakaze helped him start a process that he’s been holding off for quite some time. Honestly I’m pulling for these two. Just feels like it would be a new starting point for them both.

As to Samon, well now what’s your theory smart guy? I have to agree with him that he sucks at reading the future. He’s constantly been surprised and thrown off by everything that’s happened. And really the core of it all is Aika. Her death quite literally threw the entire world into chaos. If she hadn’t died so much of this would not have happened. Really, if she hadn’t been brought into Mahiro’s family then this wouldn’t have happened. Like her only purpose was to wrap those two up in a tragic destiny and die to trigger events. Forget Helen of Troy and the saying “the face that launched a thousand ships.” The death of Fuwa Aika quite frankly makes her seem like nothing. 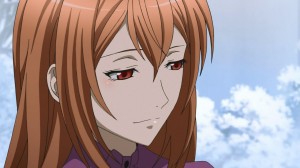 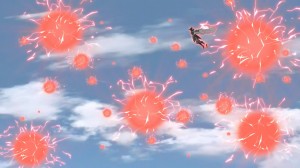 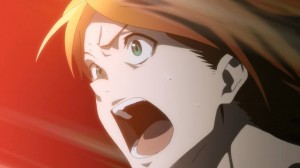 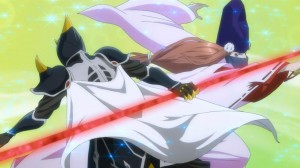 Now there was more to this episode than Yoshino’s breakdown. Hakaze finally decided that now was the time to act. Seeing how broken these events had made Yoshino really only made her more in love with him. It’s not longer a question of if the Tree of Genesis would hurt Yoshino, but rather if it did. And if the Tree of Genesis is behind Aika’s death then Hakaze will make it pay. Hakaze has finally moved past stupidly in love and is now ready to do what she has to do. Time to start testing the Tree of Genesis and power up Hanemura a little.

That showdown was pretty fun. I was confused as to what she was doing for a moment. Almost thought for a second she was going to do something drastic like sacrifice herself. But it was just a method for making Hanemura stronger. He can’t really grow if he’s just picking off weak trees that don’t do anything back. If they have to stop the Tree of Genesis for good then he has to be a lot more powerful than this. They might not have to, but they need him able to act if it’s necessary. Right now the only person in the world that can really fight Hanemura ‘safely’ would be Hakaze. So sadly for Hanemura he’s going to get trained in a pretty rough manner here. 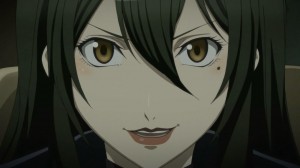 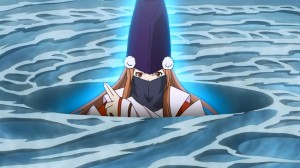 Hanemura did do pretty well. As usual I do like the spell effects and now that we’ve got the Mage of Exodus in action things are getting even flashier XD. At least the crowds should enjoy things even more now.

As to the alien theory…anything is possible I guess. We are already dealing with magic, insanely powerful trees, etc, so why not aliens? Though I do have some questions on it. If the Trees are just civilization destroying weapons….why do things this way? If aliens just wanted to wipe out civilization bombing is a lot more effective, especially during ancient times. Who has the lifespan to bother with such a method? Unless of course the trees growing like this has some kind of benefit to the aliens. I get the logic in a way. It’s a bit hard to believe that these trees just happened to come into existence and for things to turn out like this. 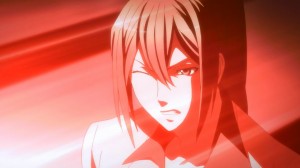 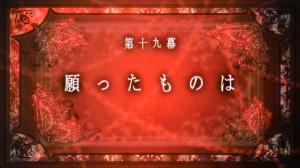 Anyways, this was a pretty big episode. It should push forward a meeting between Mahiro and Yoshino which has needed to happen. TIme for Yoshino to come clean and for these two to work things out. I dare not guess in this situation. I originally figured Mahiro would go on some murderous rampage….instead he becomes a compulsive cleaner. Well I suppose everyone goes crazy differently XD.
Score: A+