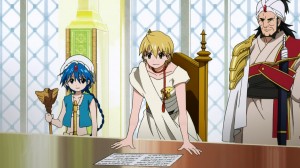 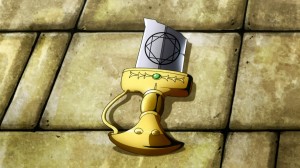 Well it was about time for some aftermath in this series. I mean really, they had gone through so much in Balbadd that a change of scenery was necessary. Unfortunately the visuals did take a bit of a hit this week, but after the last couple episodes I’m not surprised. Action scenes do demand quite a bit. Sadly it came at the cost of Morgiana’s dancing which remains far more amazing in the OP despite how short it was.

As to the episode itself it was pretty solid. In a lot of ways it was a transition episode, but there was still some character and plot progression. Just a case where we got to learn a lot of new names in a hurry and I’m sure it will take me months to remember them. At least this episode answered how to get Alibaba out of Balbadd. It seemed like he was ready to run the show in terms of setting up the Republic and guiding it. Thanks to the Kou Empire though, his stay had to be cut short. I suppose it makes sense that they wouldn’t just sit by and do nothing here. This was the chance to take over Balbadd under the excuse that it was in anarchy and they had to take it. At the end of the day they still managed to conquer it. The citizens were protected from slavery and do get a republic, but it won’t be an easy time starting out for Balbadd. 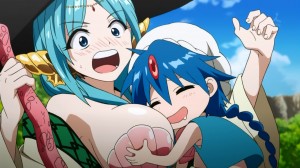 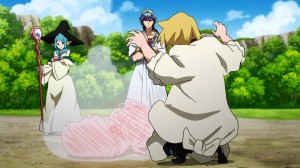 The good news is that Alibaba can finally get out of Balbadd and has excuses why he can’t go back. Even better, they gave a name to the mysterious group that has its eyes on Alibaba and Aladdin. The details on Al-Thamen are pretty limited at this point. Simply put, they are a bad group who are doing bad things. Clearly, a dangerous organization though from the fact that they can mess with countries like this and even control a magi like Judal. They clearly have their connections to the Kou Empire and have schemes going on everywhere. We already could assume they’d be the key enemy to the series and nothing we’ve heard in this episode counters that. Of course the issue is right now Alibaba, Aladdin, and Morgiana just aren’t ready to take on this group. Which means, it’s time for some training.

Luckily, Sinbad has a crazy amount of powerful people that can help train them. A lovely magician by the name of Yamraiha. A water mage should be helpful in teaching Aladdin a thing or two. He has a good grasp of fire magic, but frankly has a lot to learn. It is ironic to have a magician teach a Magi, but that’s just how things are right now. Unfortunately for them both, Aladdin’s issue has come up. He just can’t help throwing himself into a woman’s chest when the opportunity presents itself. It could be fatal for him since this woman is more than capable of resisting any such advances. Just a bit worried about how much ‘learning’ he is going to be doing here. At least he learned that not all women will appreciate him throwing his face into their chests…. 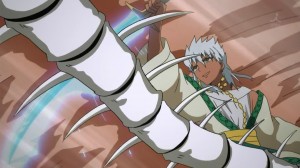 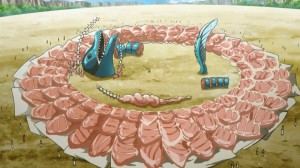 It seems like Alibaba’s teacher is pretty unusual himself, but what can you do? It’s just how things are and at least he seems eager to teach. Might not be the sharpest tool out there, but right now Alibaba needs to improve in every way he can. The power of Amon’s sword is undeniable, but he can always improve his swordsmanship. Already off to a good start with the style he was taught as a child, but as they say; you never stop learning. 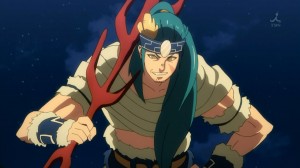 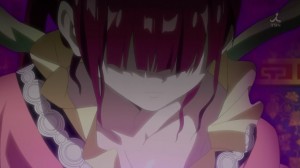 Sindria is a pretty impressive place though. Goes to show how incredible Sinbad is, being able to turn it into a powerful kingdom in such a short amount of time. He’s a good guy as well which puts those citizens into a very nice situation. Of course it’s put a target on his back to some groups, but what can you do?

I kind of feel bad for that princess though. Sinbad is a bit of a dense guy. Even worse that he’s really skilled at getting the attention of girls, but bad on doing anything more than that. My condolences to Kougyoku who did all she did to get Sinbad to visit only to get no attention from him. It’s a bit unreasonable to want to kill him over that….but I can still feel a bit bad for her there. Will have to see how things turn out for her, though the OP kind of gives a sad impression there. 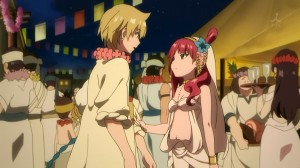 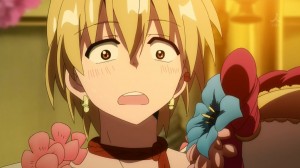 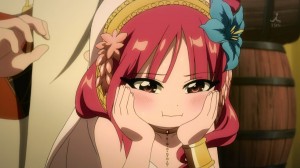 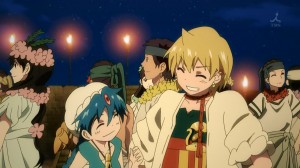 Some nice moments in there for Morgiana. Frankly there is more chemistry between her and Alibaba than I thought we’d get in a series like this. At the very least seems to be some interest on either side. It was cute to have Morgiana to turn with that expression after Alibaba complimented her. Sadly to Aladdin, his comments don’t quite go after when making an impression. Maybe because he leaps at every cute girl he sees (but not Morgiana), but more key is probably that Morgiana cares about Alibaba’s opinions.

Of course it’s a long road for her to fully embrace her freedom and be used to making her own decisions without needing permission all the time. Of course I’m sure Aladdin and Alibaba understood that when she asked to join them. It was fun that the first thing she did after they told her she could make her own decision to stay with them was go dancing XD. I kind of wish the budget had been bigger for that scene. It wasn’t all that bad, but could have been a lot better after they had the OP hype it up. Kind of sad that it ends up looking better than the actual scene. 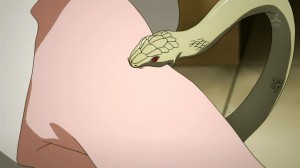 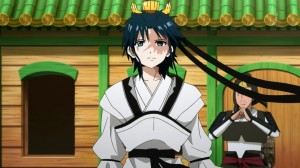 So now Alibaba, Morgiana, and Aladdin have officially joined up. Now it’s a matter of figuring out where they go from here and how strong they might turn out to be. At least the arrival of the Prince from Kou should make things interesting. Haven’t really had a chance to figure out what kind of guy he is yet. On a possibly minor note…I sure hope that snakebite on Alibaba isn’t going to come back to hurt them later. Overall, this was a solid episode that could have been better with some more budget to it.
Score: A