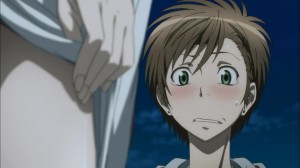 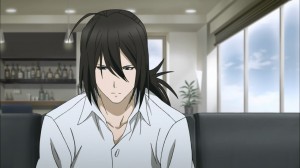 Sometimes no matter what you do in this world, things aren’t going to go as planned. I feel like watching Yoshino’s actions are like a political debate. No matter what he does the spin is going to make his intentions something completely different. I mean really what are they basing all of this on? Someone comes out of the blue with the powers of an Exodus mage. So obviously it’s impossible that the one with the “Heart of Exodus” could be someone they don’t know right? I swear it feels like Samon has just latched onto this idea because he’s pissed that Yoshino ruined his plans.

Nothing that Yoshino does can’t be seen as some dastardly plan. Hakaze falls in love with him? Obviously a trick to put her under his control. He risks his life to go save that kid? It’s no risk because he has talismans. Not like he’d put his life on the line and not use them because he’s trying to protect their secret. His real goal of course was to make Hakaze use her powers to save him and thus reveal everything. Yoshino can do no right by anyone here. While anything is possible I feel like the killer is going to show up and be someone no one expected because they were looking in the wrong places. Much as Aika called Yoshino the most frightening person she knows doesn’t mean he’s actually the true mage of Exodus. The only way that twist works is if Yoshino has a split personality we’ve never seen. 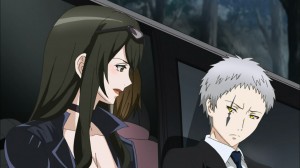 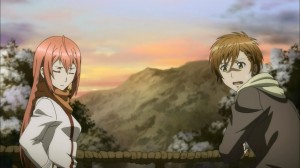 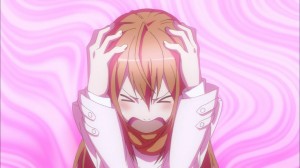 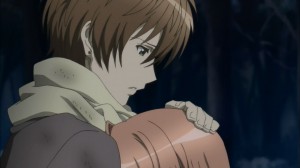 It’s just a little annoying watching them chase after Yoshino like this and for no good reason. Because he spoiled Samon’s plans he must obviously be a villain here. Considering how badly Samon screwed things up I really can’t buy his judgment here. It just feels in a sense like they are wasting time on this angle. Maybe it feels like this because we do get Yoshino’s inner thoughts. He has shown no conscious ability other than having a sharp mind and willing to do what is necessary to make things happen. I don’t even think he realizes that Hakaze is in love with him. If there is some great Mage of Exodus I think it’s manipulating Yoshino. Oh well, what’s another episode without Samon completely missing the point?

At least Hakaze is doing well at being cute. Getting her off that island was definitely a positive development XD. I still think she has little hope here. There is no doubting the strong feelings that still bind Yoshino to Aika. Unless she shows up as some last boss and those bonds are cut, Hakaze is worrying herself needlessly. Though it makes you wonder, what would happen to the world if Hakaze’s heart was broken? Well I suppose with how things are it wouldn’t get that much worse. Just the tree trying to kill Yoshino again.

It is rather fun watching Hakaze struggle with her feelings. Even more so with her thinking that it might be cuter to act like she’s scared of ghosts XD. Well I suppose once you are trapped for months on an island by yourself, things like ghosts aren’t going to bother you too much. I would’ve been freaking out more at night on that island than Hakaze. It should be fun continuing to watch her inward struggles and occasionally letting those feelings out. Unfortunately despite the warnings it’s not like Hakaze can control her own heart here, it will do what it wills. 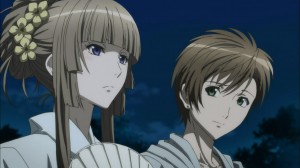 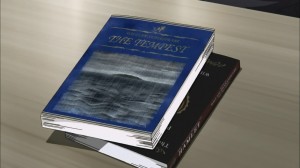 The whole ghost topic was an interesting one though. Everyone has their own opinions on it. Mahiro of course refuses to accept the irrational and just treasts them as people’s delusions. Yoshino’s views have widened on the topic since Aika’s death. He can understand the feeling to want to believe in ghosts. When you’ve lost someone the idea that they might still be around is a comforting one. A chance to say your goodbyes or things that you never got around to saying. Just the idea that it isn’t all over after death and somewhere they are still existing. Not that I think ghosts are impossible, there are plenty of things out there that might exist that I don’t know a thing about. I won’t say they definitely exist, but I’ll leave it open to discussion.

Feels like the series is going to come down to a battle between Hamlet and the Tempest. Is it going to end with a tragic showdown between Mahiro and Yoshino? Or is everyone going to be able to live? Personally I just don’t know. I think the moment Mahiro finds out Yoshino was dating Aika he’ll do something crazy. The theory of Yoshino being the mage of Exodus makes sense because it would set up a fight between them if he blamed Yoshino for Aika’s death. I just don’t know though. Things are going to get messy sooner or later, it’s just a question of when the trigger is snapped. 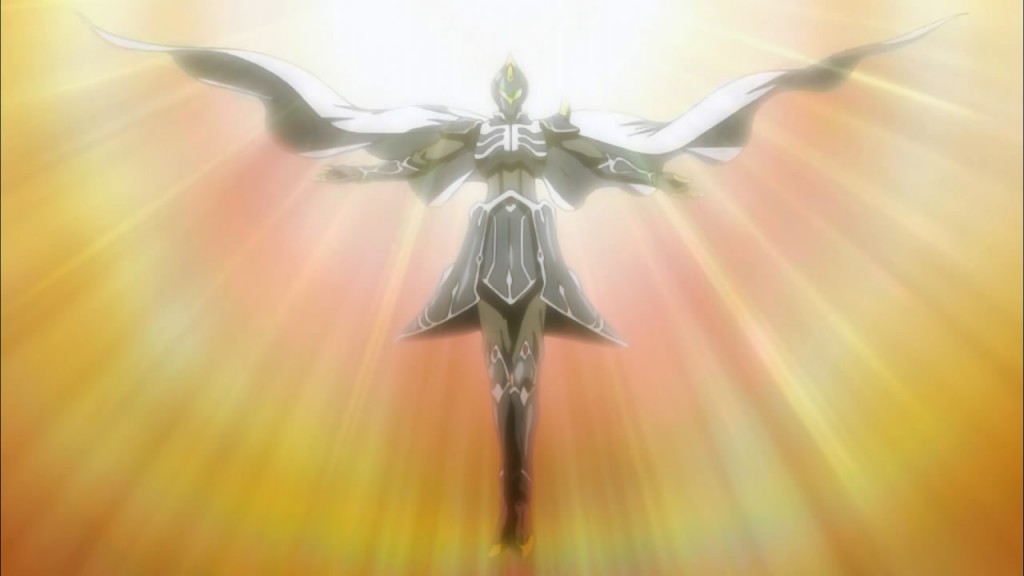 Sometimes I wonder if anyone has a clue though in this series. It feels like the government types like Yamamoto have the wrong goals here. More interested in having cards against the Kusaribe clan than figuring out how to deal with trees ready to destroy humanity. At least they seemed to have found something interesting in the wreckage of that burned building. They need answers right now in order to deal with this situation.

At least the debut of the Masked Mage of Exodus went well. I’m still not clear on the plan though. Trying to spur humanity into trying to deal with this situation? Checking for reaction from the Tree of Genesis? Just blowing up a few trees isn’t going to solve all of this. But I suppose it’s a start and they have the power to take action. Will have to see what cards are going to be played and what will happen next. 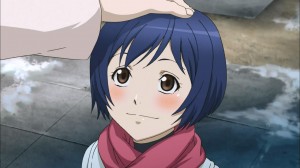 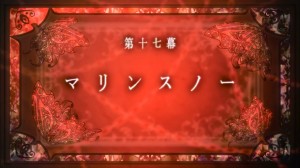 So another solid episode. Nothing overly exciting, but the plot is definitely taking steps forward. Not many questions have been answered though. But we keep on getting more scenes with Aika as that girl manages to keep a real presence in the series.
Score: A-