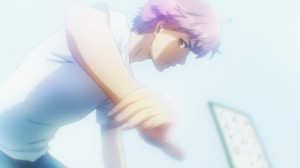 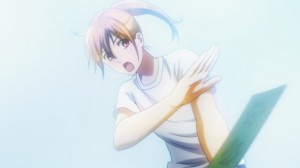 If there’s one thing I know now, after watching two stellar episodes of Chihayafuru… Its that… ARATA HAS A PINK CELLPHONE! XD 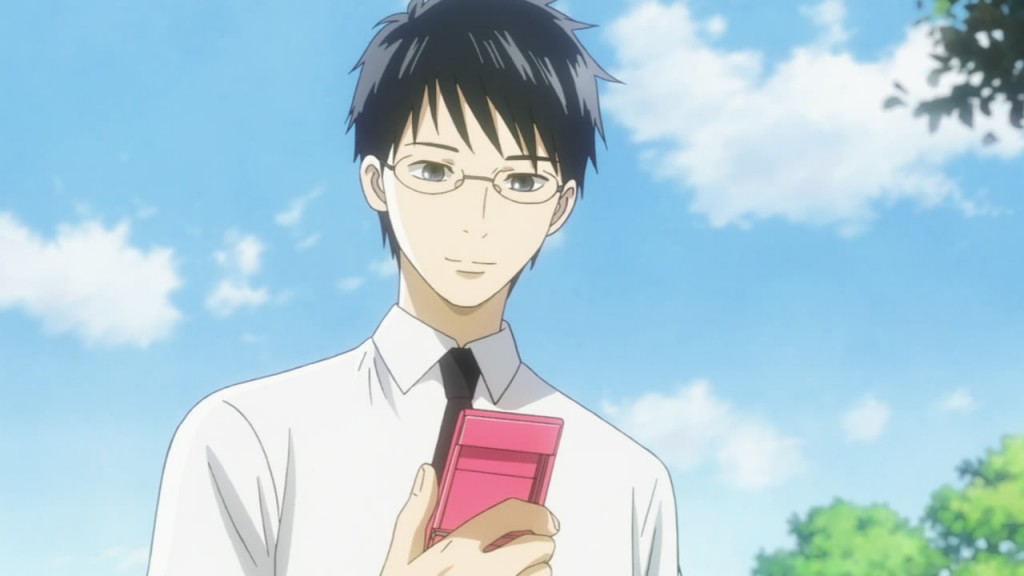 Ahem! I know I know, a minor detail but… He has a PINK CELLPHONE! With a rainbow wallpaper in the background too! It definitely puts a bit of a contrast in what I thought of Arata until this point, but I guess its just in the series nature to surprise in awe, sometimes in really funny ways XD 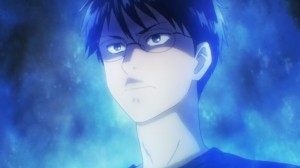 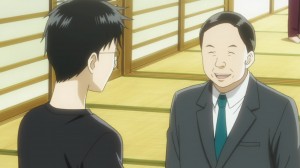 But before all that, we see Arata coming second in an A-Class tournament and proclaiming that his goal is that very High School Championship Tournament. I admit, that while I’m a huge Taichi fan in every sense of the word “fan”, I’m glad that Arata is also starting to have more of a presence on the show. For Taichi and of course, Chihaya, the meeting and eventual match with Arata will be a huge deal, one that I’m quite excited to see play out. The buildup to it is a gradual and careful process, where the show throws us small little nuggets. 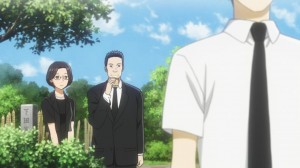 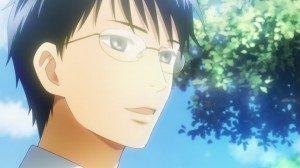 I’ll bet good money that Arata’s request for when he wins the Karuta Tournament is to actually move to Tokyo for either his final year of High school or for his College/University years. Either way, The stakes are quite high, as whether or not Arata wins this high school tournament will mean big, for both himself and the two other leads. 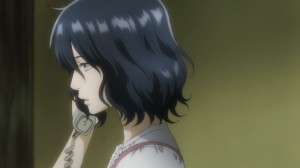 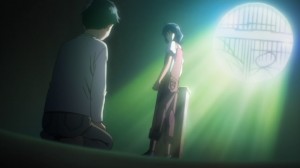 Its definitely interesting to hear how people are reacting to Arata’s return, but perhaps the most important reaction was that of the current Queen, Shinobu’s. Seems like Shinobu has played against Arata before, and I’m curious to see what relationship they had. Given that Shinobu feels extremely alone when it comes to Karuta, and could never really find anyone to play with, Arata is in many ways her opposite. Unlike Shinobu, Arata was able to even make friends in Tokyo, and convert both Chihaya and Taichi into Karuta players.

Episode 3 dived straight into the first few rounds of the Karuta High School Tournament, and with it, was the surprising debut of both Sumire and Tsukaba as Karuta Players in an official tournament. I think the real star of the whole episode was Tsutomu. 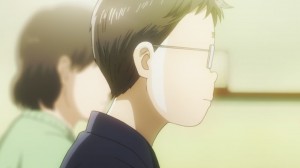 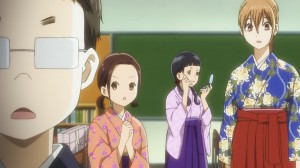 Unlike really everyone else, even the harsh President Taichi, he truly acted like a True Upper Classman and Senior. He not only gave both Sumire and Tsukaba an opportunity to play in a game, but he made it so they had some kind of tactical advantage. I definitely agreed with Tsukaba when he stated that Tsutomu looked really cool, because he did. 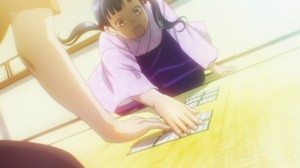 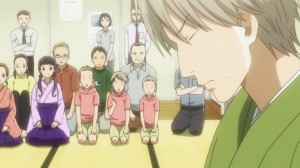 It does need to be said, that while both lost, there was some serious growth in both. Sumire, who I’ve been warming up to, definitely is starting to come out to be an interesting character. Her growing passion for Karuta is definitely getting to be interesting, as is her growing admiration of Chihaya. Meanwhile, Tsukaba had a nice little evolution of confidence throughout his match. Unlucky for him, he ran straight into an A Class Player in his first match, but even he realized that she wasn’t as strong as his own senpai.

And while Misuzawa made it to the semi-finals, it was there that we got the most interesting of matches. I think Chihayafuru is its most entertaining when it focuses on either Taichi or Chihaya in its Karuta matches. And since Chihaya has become a Karuta monster XD, the conundrum that Taichi found himself in this week was interesting. 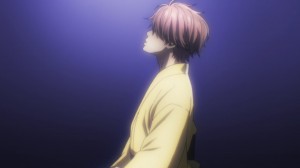 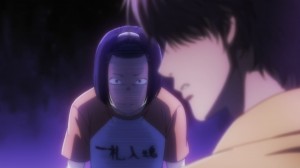 It is interesting to note, that much like the audience, a lot of people wonder why Taichi can’t seem to win a tournament even though he’s so darn good, so hard working and more importantly, consistently dedicated to getting better. Its no surprise that the person who analyzed Taichi best was Haruda-sensei. As he rightly points out, its not bad luck that gets Taichi every time (although I do think that he seems to have some rather large chunks of it XD) its his own self doubt and lack of confidence.

The problem with someone like Taichi, who is so intelligent and diligent, is that he over thinks everything. Not only that, he tends to be too concerned with his surroundings as well, which is why Haruda-sensei’s advice is golden for him. “A team match is an individual match”. 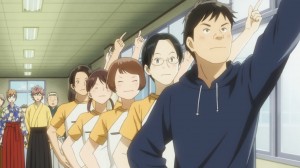 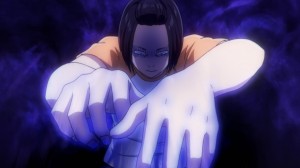 To make matters interesting “Tsuboguchi” ends up being the coach of the high school that Misuzawa ends up facing. “Tsuboguchi” comes up the perfect plan to throw Taichi of his game, and for a good chunk of the match, it seems to work.

The match between Taichi and Sasa was one of the most exciting and extremely tense matches I’ve had the pleasure of watching in the franchise. Sasa was an interesting new character and opponent, and her own set of problems. So dedicated to wanting to be Queen, unlike Chihaya and much more like Shinobu, she went at Karuta alone. It was definitely an interesting match up to have her go against Taichi. 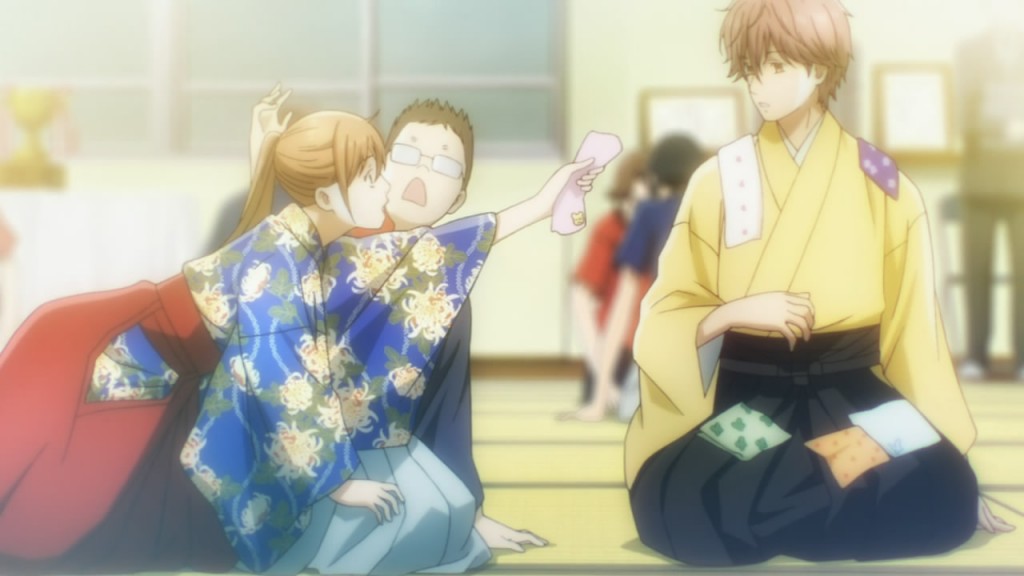 I have to say, that I am quite impressed by how Chihaya, despite being so involved in her match, was one of the first to rush forward and give Taichi a handkerchief. For people like Sumire, I think this is the answer as to why Taichi likes Chihaya. The match, perhaps, Taichi toughest one yet, was the one that truly showed him how dependable his friends are. 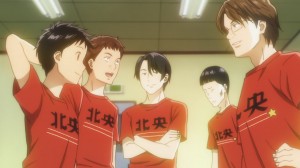 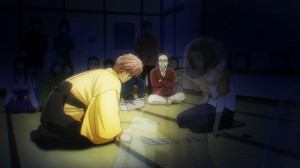 And at the end of it, we had Taichi grow exponentially as a Karuta player, one that now has confidence in both himself and his teammates. The stage is set for the big final, the match with Kudou High school.