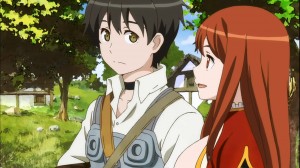 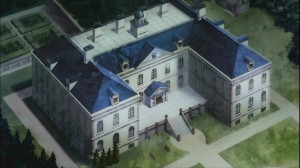 We seemed to go into more of a small scale look at the world with this episode. I suppose after showing off the vast issues that are facing the world it is good to start small. Before the huge countries and armies, you have small villages supporting it all. I can respect the decision to start here and help a village grow more food. It was certainly not a busy episode, but it did give me plenty to think about.

What the Maou was trying to accomplish in this episode made some sense. Starting off a big issue with ending the war would be food. The countries on the front lines wouldn’t have a chance to support themselves and starvation would be a huge issue. Not a bad place to start with trying to deal with the food crisis. If villages can produce more and more food then the hit when the war ends would be less. There are a mountain of issues to tackle, but have to start somewhere. Make this village stand out and then more villages will start doing it on their own and that should save time. 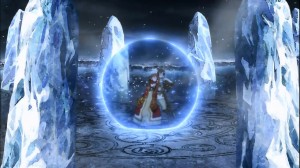 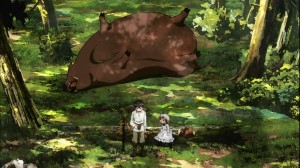 I liked how the episode focused on a few different issues though. First I could feel for the Hero who was just dealing with this change in strategy. Instead of being able to just go ahead and defeat the source of the war, he now has to sit around. There really isn’t much he can do to help the Maou out while she focuses on educating people. Someone who put all his time into getting strong enough to win the fights he thought were necessary, now doesn’t have a clear path. The best he can do is hunt and while that’s helpful it doesn’t help end the war.

Ever since he met the Maou he’s had to look at things differently. What can he do to end this war and what will his skills mean when it’s over? It’s a question that’s thrown often at soldiers when the war is over. That’s something he’ll have to take on and think about as the series goes along.

Of course it’s not like he isn’t helping at all. He’s handy for transportation since he can teleport XD. Good old fantasy hero magic that let’s you get around in a hurry. Plus at the moment he’s a good emotional support. Going off and doing this is a pretty drastic step to take, but at least with him around there isn’t too much worry about being attacked. 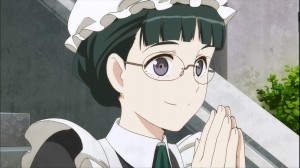 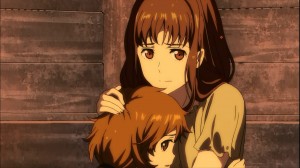 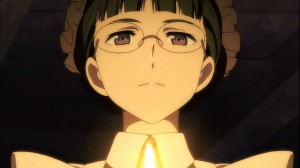 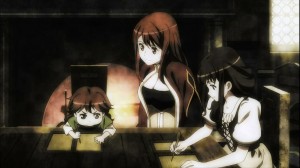 It seems we won’t be having characters with regular names. The lead characters are still called by their titles and even the new character is called Head Maid. I suppose that makes it easier to remember everyone. As the the Head Maid herself….she’s an odd one. Clearly, she cares quite a bit about the Maou and takes her role seriously. Also gives a merciless feel off at times. Just casually sent back any escaped Serfs that she came across. At the same time she just seems to dislike those who give up and don’t try to better their situations. If people make a choice then she’s fine, but she’s not going to take a soft view on people either.

I just kind of wish there was a better way to handle the Serf kids than just take that approach with them. The result was good, but the Maid really wasn’t cutting them any slack there. I could understand the Hero’s feelings in wanting to step in there. I get the sister needed to make a choice and also not just make requests that wouldn’t change their situation. Anyways I’m just glad it worked out. One might say the girls didn’t get some perfect result, but they made a choice. By staying there as maids they can work in good conditions and they are getting taught information and skills that they can use going forward.

I hadn’t expected they would bring up Serfs at this point. Maybe a point being made about the Head Maid not recognizing a difference between being a slave and serf. Certainly, the differences aren’t as vast as one would like. Though it certainly is a step up from outright slavery, it isn’t a perfect thing either. Makes you wonder if that will also be tackled in this series. Might be too much of a jump when you are trying to make a world that doesn’t need this war to also throw in more social changes. The world and society will only take so much change at a time. But whatever they choose to do, clearly those girls prove that it has plenty of problems as well. 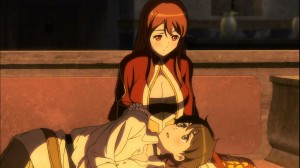 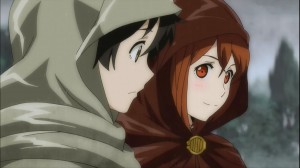 It does make me wonder about how easily they can change things. You got to see a cross-section of society with that classroom. The noble, the soldier, the merchant, and the serf/maid/lower class. The soldier kid is all about action, fight to the last man, and starvation being an excuse of the weak. The noble has knowledge, but is pretty full of himself. Then you have the girl who has the practical knowledge and can say something like “you’ve never been starving have you?” Didn’t get much from that other kid, but I assume some sort of middle class or merchant situation there. Somehow Maou has to be able to reach out to all these groups in order to change society enough that they can end the war and not have that destroy the world.

It was fun to watch the Hero and Maou interact. They’ve both mostly accepted the situation they’ve put themselves in here, but are both pretty easily embarrassed by it as well. I don’t think we should expect anything too crazy to happen. The build-up to the lap pillow did get a chuckle out of me. All that talk from the Maou and that’s all that she was going to ask. It did give me some confidence that he did it instantly though. We’re not going to get away from the blushing on both sides, but at least he didn’t go into some cliche about freaking out over that request. 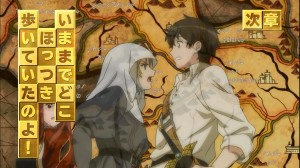 So, this wasn’t a very busy episode. But it does show that they are going to start with this village in order to test the Maou’s strategy for handling the fields. Will have to see where they go from here. I can’t see them spending forever just hanging out in a small village. Maybe time skips will come into play.
Score: A-