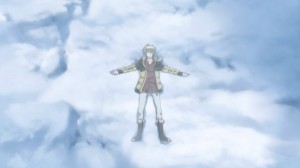 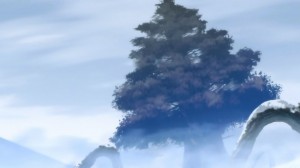 So yes the last time we saw Yoshino and Mahiro they were dying. Not exactly a state you want to leave your leads in before going into the holidays. Of course to be fair they were getting healed so it wasn’t like their survival was in serous doubt. Was good to see that Mahiro was alive and Yoshino was claimed to be alive. 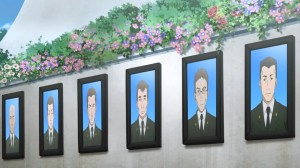 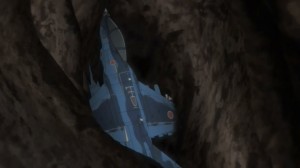 They did catch me off-guard with this one. The whole preview line asking if Mahiro could kill Yoshino made me think “oh god, he knows that Yoshino was Aika’s boyfriend.” Instead it’s just this random guess from Samon regarding him being a mage of Exodus. Does that really matter though? Isn’t the bigger issue that the Tree of Genesis has slaughtered 2 billion people!? Instead we’re going to try and make some weird conflict between friends again, though they do have a legitimate conflict just waiting to be unleashed.

Anyways let’s just jump back to the bigger issue. The Tree of Genesis has killed 2 billion people! I guess that takes care of my questions on Samon’s theory. Not that he was completely right mind you. The world isn’t over, the tree didn’t decide all humans should die or anything. It just decided that a large chunk of the population needed to go. Then it went ahead and removed war, crime, and restored the environment. I mean really all humanity has had to pay for world peace and prosperity was genocide and living in terror. 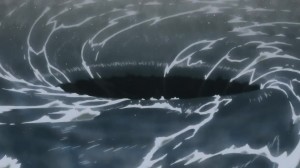 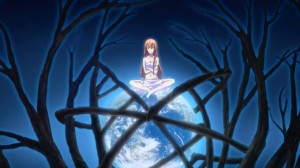 This is a kind of interesting situation if you can ignore the body count for a moment. It is kind of like smashing together the ideas of Death Note and Gundam 00. You kill criminals without mercy so people stop committing crimes. You destroy anyone who starts or is preparing to start a conflict so people stop fighting. It’s just doing it in the span of weeks and without any way to be resisted.

Now I’ll say this is absolutely horrifying. If you thought the body count from Samon’s antics were bad, this just blows them right out of the water. Of course to be fair this wouldn’t have happened if Samon hadn’t started plotting ahead messing around. Regardless humanity has been forced into a well…forced peace. If someone tries something they might die or an entire country might die. We are dealing with a mystical tree that knows all, sees all, and can do whatever the heck it wants. The Tree of Exodus seems to be taking it easy right now or at least has been beaten into submission by the Tree of Genesis.

This leaves the world in a tough spot. You have the question of whether they should take action and whether they even can take action. In a sense you have world peace handed down and even an improved environment given. Starvation isn’t going to be an issue and in a sense things are good. But the problem is that people are being forced to live that way. Is paradise good if you have to live there? What is free will worth? Personally, I say burn down the damn tree. Peace is great, but it seems tainted if you haven’t chosen it willingly. 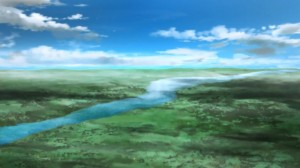 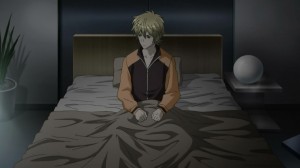 Strangely enough, only two forces are really capable of taking action here. The Mage of Exodus and Hakaze. One can’t be targeted by the Tree of Exodus and long as she isn’t rejected neither can Hakaze. Of course all things considered we don’t know the limits of what the Tree of Genesis can do to Hakaze and frankly if it even cares now that it has awakened. The first thing that Tree did was try to kill Yoshino and Mahiro. I just wonder why it hasn’t tried to finish the job and what they can do about this.

I suppose the biggest question is what can they do right now? They are dealing with a Tree that even when it wasn’t active could influence events and actions. Now that the Tree is actively running the world can they even oppose it? And if they do what will the Tree of Exodus do? Careful action has to be taken here or a lot more people could die. 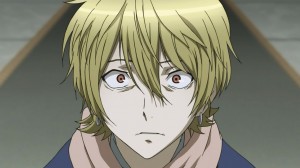 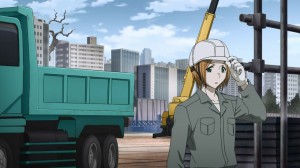 Also I have to say quite the random introduction for the Mage of Exodus. Just some guy working at a construction site. Not exactly where you’d expect to find the one person who can fight back against the Tree of Genesis. I mean really, why this guy? I mean it has to be the point to have that feeling of this being the last guy on Earth you’d trust to save the world, but geeze talk about a weird call to make.

I’d like to say this will start a Mage of Exodus vs. the main cast problem, but is it really? The Tree of Genesis has killed a ton of people and should be everyone’s enemy. I mean sure, that guy remains a possible suspect for Aika’s killer so they could go that route with it. Right now it feels like no one is on the same page and everyone is responding to this insane development and loss of life.

In a sense this episode just set things up for next week. We know the body count, we know that the world has really been turned on its head, but that’s about it. Most of the episode was some flashbacks and seeing how Mahiro found Aika’s body. We’ve seen enough pieces of that scene for it to not be much of a shock at this point.

ED [Bokutachi no Uta] by Tomohisa Sako: (B) 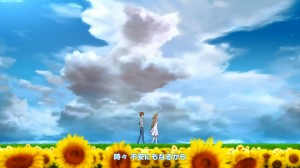 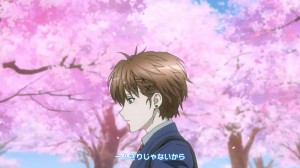 There was a new ED and I assume a new OP will follow next week. This was certainly a bit less lighthearted compared to the last one. The previous ED really was pretty chipper considering it focused a lot on a girl who is dead. This one isn’t depressing, but it’s a bit more mellow. It still focuses a lot on Aika which makes sense since even dead she still manages to get screentime. The focus was primarily on her and Yoshino walking in one direction with changing scenes and even clothing. After a certain point, Yoshino is seen walking the other way alone. That’s pretty much it visually besides a couple very brief shots of other characters. Overall it’s a pretty average ED. Though I think better to be average than bad. 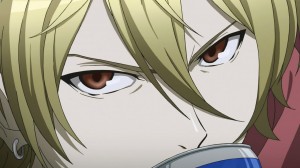 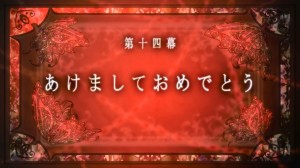 So for now, let’s just see how it all works out. The world has really gone through an intense experience and a lot will have changed in a short amount of time.
Score: B