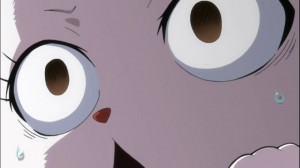 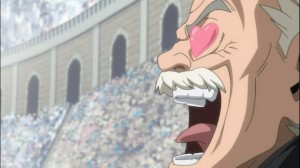 What did I just see here? For a moment, I really did question if this was the same shounen series I had come to love and enjoy week for week for week, for the last 163+ weeks.

Depending on who you ask, this episode would get an A+ or a D, but my opinions are that it kind of sits in the middle for me. This, IMO, wasn’t the best episode of Fairy Tail I’ve ever seen. In terms of Fairy Tail quality, its kind of in the low end for me, especially given that I respect Fairy Tail for its characters, action and battles and story, more so than for its fanservice.

Yet… we got a good half chunk of this latest episode dedicated to all the female characters in sensual poses, in as little clothing as possible. Add to that, in a very tongue and cheek kind of way, Fairy Tail covered all the bases this time, tackling a variety of fetishes:

And while I appreciate a bit of fanservice as much as the next person, I have to wonder if this is really the kind of show Fairy Tail should be. The answer, will vary from person to person, but I think what’s important to recognize is that, at least in Japan, this is what sells. This kind of stuff is what boosts popularity and blu-ray sales. And honestly, I’ve seen series as good as Fairy Tail stop midway through their adaptions, fall flat and stop.

Its easy to hate on Fairy Tail, when its currently airing and its easy to take for granted how luck it is for fans to be able to see that kind of thing. While I’m not a huge fan of this kind of blatant pandering to the perverts in the audience, I’ve come to accept this as kind of necessary. A necessary evil, and one that perhaps myself and a lot of the female fans of Fairy Tail would be uncomfortable with.

That said though, I did appreciate the careful poking and proding for the all the various potential couplings in Fairy Tail: 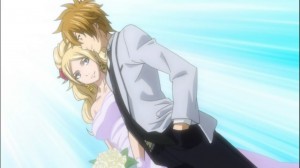 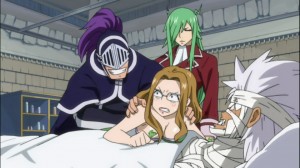 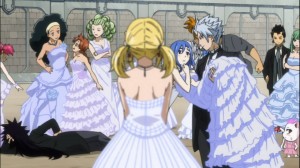 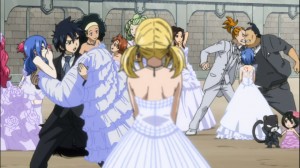 Gray and Lyon fight over Juvia. This is a love triangle I can get behind! 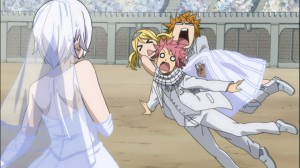 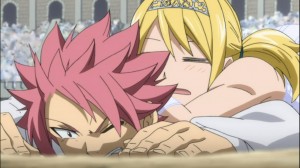 Ah yes, the classic Lucy x Natsu, with the unrequited love of Lisanna. There’s a bit of Locki there too! XD

While I was kind of let down by how Mirajane’s battle was a “swimsuit battle”, I will say this though, it was quite nice and somewhat redeeming for Mirajane to ultimately win the battle with her strength, not her looks. Fairy Tail has some of the strongest mages and some of the most interesting characters as a series, and a good chunk of them are definitely female. 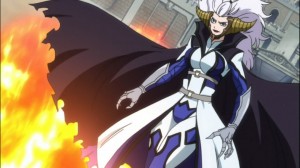 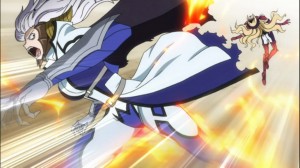 That said, while the first half of the episode was squarely focused on Mirajane and most of the female cast of the series in their swimsuits, the second half got back to getting things going. 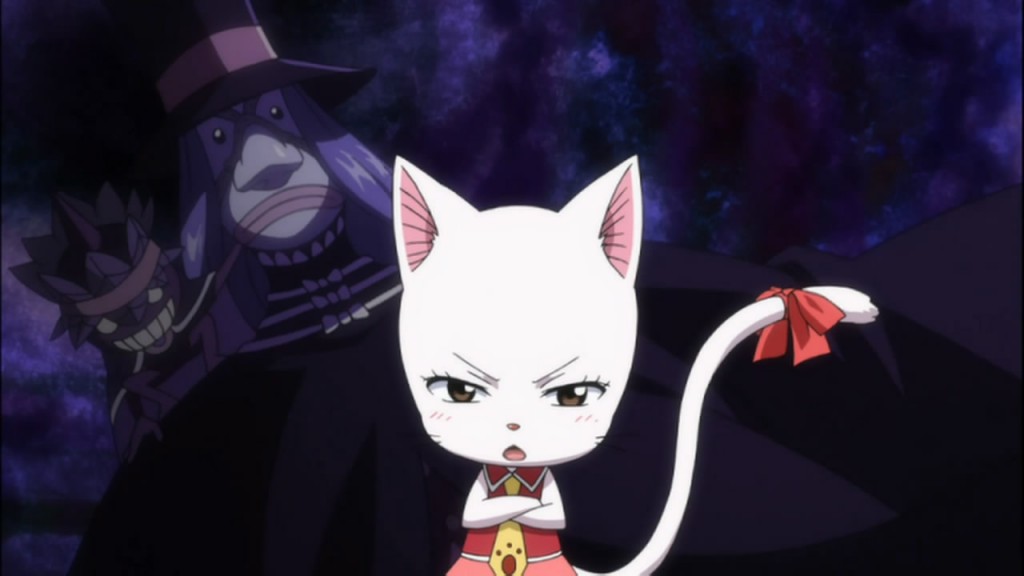 First of note, was obviously that Carla picked up on the fact that it seemed waaay to strange for Raven Tail to use a bunch of bandits to try and kidnap Lucy. Indeed, even if she was spurred by her own vision of the future, Carla is definitely on the right track her. The fact that she continues to ignore and run away from her visions though, is probably going to come back to haunt her. Given that its been revealed that nothing anyone does can truly change the future, the only one who’s probably going to be tortured by this whole thing is Carla herself.

We also slowly began to learn a bit more about the Eclipse Project. Seems like Lucy is in a bit more danger than originally thought. Her life is stake, and unfortunately I’m curious to see where this all goes. I’m going to stay that Lucy has plot armor, but its in intense moments like this that shounen manga can truly shock and surprise. 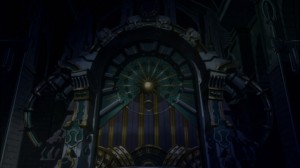 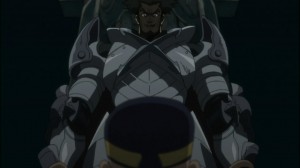 Especially since our good old captain of the guard seems to be ready to become “Kami/God” for his king and country. How that twisted logic works? I’m totally unsure of.

With all that said and done, we move onto the next big battle, between Kagura Mikazuchi and Yukino Agria. I think for most of the audience, who are seeing these characters for the first time, there really wasn’t much investment in their little battle. It was interesting and a nice change of pace, to really see Yukino suggest they bet their lives in this battle. I’m pretty sure that is actually not going to happen, but it is a nice way to raise the stakes a little bit. 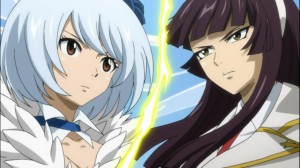 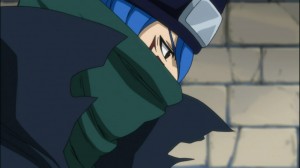 All in all, I’ll restate my opinions by saying that this wasn’t Fairy Tail in its finest hour, but this sort of thing that we saw in this episode seems to be a dominant part of Japanese culture these days. While I can say that I’ve been okay with it up till this point, I did think that Fairy Tail went a little bit too far. When I watch Fairy Tail, I watch it for the awesome character moments, the epic battles and the cool plot twists. I do not watch it primiarly for the fanservice. There are shows like Ikkitousen and To Love Ru out there if that’s your thing.

Hopefully we’ll see what the audience and Mystogan are anxious about next week, why nothing has happened so far with regards to the Eclipse Project yet. XD 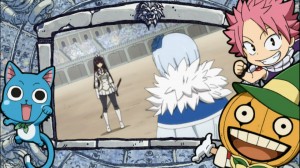 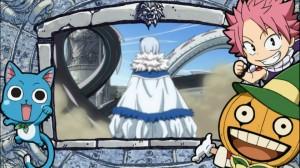 Next week, we go for the Kagura vs Yukina Battle. See you all next week!