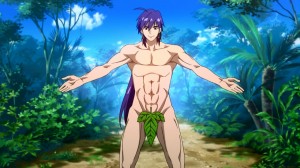 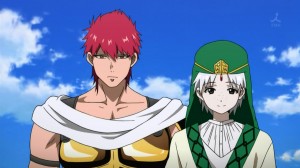 Well I did say that we would find Alibaba in some trouble. Thankfully the series did not disappoint me here. Clearly we are going to have an interesting time finding out just why Alibaba is involved with this group and how this is all going to turn out. There is clearly an ugly situation going on within this city just like the first one, but may be a problem of a different kind.

Certainly a memorable intro for Sinbad. I mean sure you first see him when he’s passed out drunk, but then he walks in on Aladdin and Morgiana with nothing but a leaf. I love how the two of them are trying to get the other to stand back and ready to deal with this ‘monster.’ A really entertaining guy overall. This is a person who has actually conquered several dungeons and yet can still get robbed by some people just walking by. I’m sure he’s going to be huge in the coming episodes though. I’m also curious to meet the magi that he had to have traveled with along the way. We’ve seen two so far, but frankly there’s little reason for me to believe there aren’t a few more out there in the world. 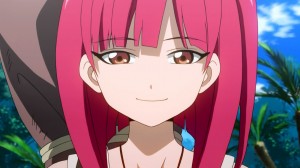 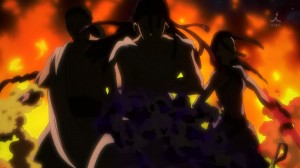 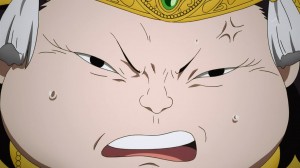 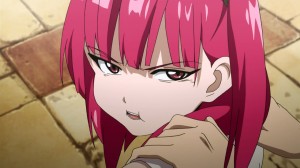 Geeze Morgiana just gets cuter as the series goes on. It’s just the subtle things at times. How she opened up to Aladdin early on about being grateful for them giving her a future. Then of course she just bows in an over the top manner which just makes you laugh. A huge difference from when she was talking to Alibaba earlier and was saying things like ‘she thinks she’s grateful.’ Maybe my favorite moment though in the episode was how Sinbad was saying she should stay behind and not fight in this. Having her just stomp the ground and then look back with that childish expression saying she’d fight too, was just hilarious and cute at the same time. I think this trio is going to be great when they finally all come together. Some great personalities there.

But really I wonder what Alibaba is doing here. I get that Balbadd is in a bad place right now. The new ruler taking over from his father has absolutely no idea what he is doing here. His people are starving, a popular thieves group is being Robbin Hood, and he’s trying to make some kind of deal with the Kou Empire and undercutting Sinbad. The guy is a pretty big idiot and clearly his nobility is pretty corrupt. This place will destroy itself sooner or later even if all the main characters just walk away. It’s not hard to see why a group like the Fog Troupe is so popular. They might be the only thing keeping the citizens alive at this point. Instead of making conditions better, the ruler is only making things worse by increased taxing. Also seems to be some kind of personal issue between the ruler and Alibaba. Maybe this is his hometown and he’s trying to fix it. 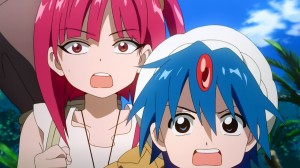 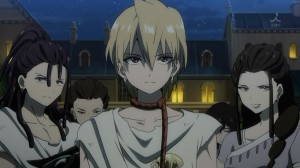 Either way the start of the next episode will be huge. We have Aladdin on one side ready to fight and then Alibaba just shows up like this. He was the one who would have gone to this place with Aladdin if he’d made it back in time. I can’t see them breaking into a fight when they planned on continuing adventuring together. But a fight has begun here, with Morgiana getting into it and the companion of Sinbad. Whoever Alibaba is running with they have some unusual weaponry. Should make for a crazy showdown if things do turn ugly.

I think the series really does a nice job with all these personalities. Aladdin is entertaining as always with how he just enjoys the moment. Interesting to see another member of the Fanalis. Curious about Masrur’s background since it could very well be a different background from Morgiana. Be nice to see this guy in action since an older Fanalis might have even more brute strength than even Morgiana. 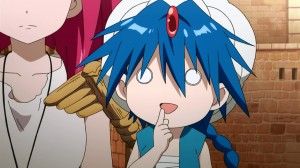 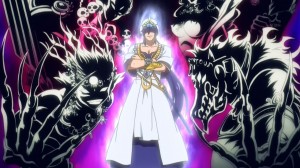 I’m looking forward to seeing what the next episode brings. This episode was pretty good and should set up an interesting conflict for next week. The music as always with this series seems to step up in those crucial moments to make everything a bit more impactful.
Score: A