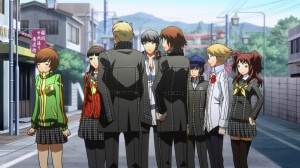 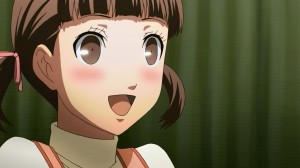 So the true end for Persona 4 finally arrived. I suppose one can say that this episode reflects the best and worst of Persona 4: the animation. There is no doubt it was a flashy episode at times and really concluded the development of Narukami as a character. In terms of the negatives the episode did have pacing issues and left the antagonist sorely underdeveloped and lacking focus.

It has been a long time coming and I kind of like how they also re-released episode 25 with a few additions to line it up nicely for this true ending. Of course not going to re-do episode 25 for a couple minutes of extras. 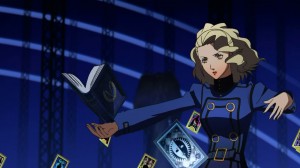 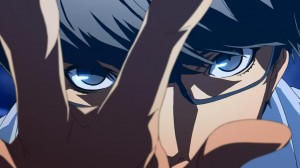 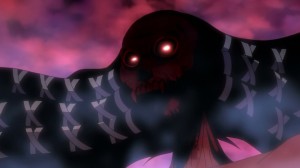 I just kind of feel like this episode was all over the place. It clearly took after episode 12 which was the Mitsuo episode. Like in this one the episode tried to focus more on Narukami’s character rather than the antagonist. Similarly the episode threw him into an illusion. Though in the first case he struggled seeing his friends all spreading out away from him and in this one he almost went nuts repeating the same day but at least being together with them in a lie. The point being the same, that his weakness is the fear of losing those bonds. Similarly had to get some help to snap out of it and save the day. Though I kind of preferred the persona spamming of 12 since it was a lot more focused on the attack. Plus at least it didn’t try to straddle the line and just kept the focus on Narukami (since Mitsuo’s shadow was just a whining baby). Here we got some Izanami, but not enough to really give her depth and the fight with Margaret just felt kind of random. Is an attendant of the Velvet Room really going to be unaware of what is going on as these voices and bonds call out to Narukami?

Now I’ll say I liked the idea of having Narukami and Margaret face off. Including that wasn’t a bad idea in and of itself. It shows how the attendants are pretty damn strong in their own right and does lead to a flashy fight. With enough time to legitimately set it up it could have been good. But mixing the fight and the encouragement of Narukami’s bonds didn’t really mesh well for me. The fight didn’t feel like a fight since the music was more focused on the meaning of those bonds coming to Narukami’s defence. Will say I’d have much preferred them to handle what happened to Yu after getting owned by Izanami like in the game. Just do one thing at a time here. 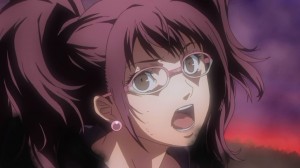 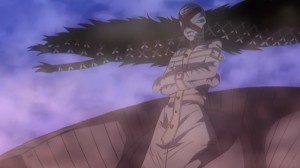 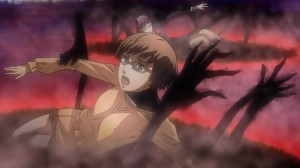 It was a clever enough idea (though hardly original) to have the day repeating itself though giving different encounters. Though in the end it leaves you a bit confused on what exactly the real order of events was in this episode. I was kind of worried things were going to turn out like this. One episode, even one 30 minutes long just isn’t enough time to cover the entire true ending properly. They had to rush into the fight with Izanami, skip the entire first half of it and hurry along Yu bringing down Izanami with Izanagi no Okami. Didn’t even get a chance to see the party in action with their powered-up personas.

It feels like Izanami was the big loser in this true ending. Her motives were very quickly explained before it all turned into a mental attack kind of situation. Did like the intensity of the group getting snagged by those hands, but would have been nice to have a smoother lead into that. Plus her defeat was pretty lame. Just kind of surprised then a “good job” to someone you were just trying to kill? Nothing seemed to phase her at all here, not revealing her true form and not winning. It just felt really anti-climactic. Maybe someone with a more pure view of the anime could say differently, but having that game comparison just made this whole fight feel flat by comparison. 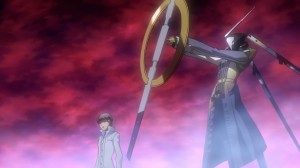 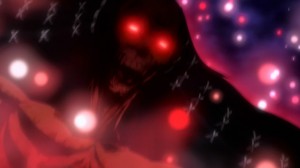 Not to say this whole episode felt like a failure. I did enjoy the scene of the group hanging out together. Does show the bonds between them and how much they care about being split up like this. It was good to see all the characters again. Rise sticking to Yu like glue, Kanji getting a bit flustered, the cooking of Yukiko and Chie remaining a bio-hazard, etc XD. At least the fight against Margaret also let us see a few extra persona since Yu was given the limit of one person per arcana in this series. Could get a sense how tough a fight it would be against someone who could also change up personas against you.

In the end it was an alright episode. It was a bit disappointing that with months before this came out they couldn’t put a bit more into it. Think they at least needed two episodes to honestly do this justice. Still I can respect the job that was done. Yu’s character got a ton of development and you could feel the bond between him and the others. While I’m not sure it’s entirely worth it, the episode wasn’t all that bad. The last scene was still touching with the group saying their goodbyes. Having Yu tear up as the train took him away was fitting since you just felt that loss even though they would never forget each other and would certainly meet again *cough* in Persona 4 Arena *cough*. 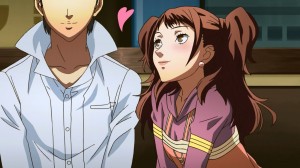 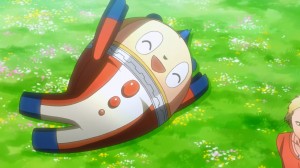 Persona 4 doesn’t smoothly ride out into the sunset. Though do think ending the show with the same music as the game was a good touch. Sometimes this series had to put the pedal down to make it all fit, but I’m still happy to have covered it. Now can actually get started on the full Persona 4 review!
Score: B